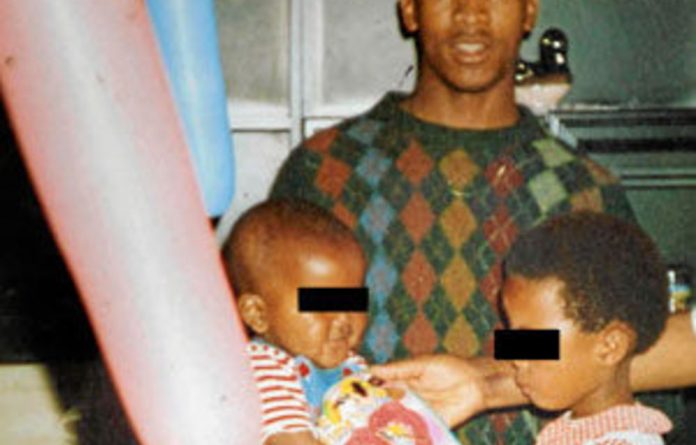 After years of silence, relatives of murder victim Oupa Ramogibe have spoken about the terror they claim they endured at the hands of crime intelligence boss Richard Mdluli and his associates, likening it to the actions of the apartheid security police.

Ramogibe was shot dead in 1999 shortly after marrying Tshidi Buthelezi.

Mdluli, then a senior officer at Vosloorus Police Station, is said to have been unhappy about the couple’s union.

Two Ramogibe family members interviewed this week claimed that Mdluli and his police colleagues, Samuel Dhlomo and Nkosana “Killer” Ximba, intimidated them in their Vosloorus home in a bid to extract information about Ramogibe’s whereabouts and to convince the couple to end their relationship.

They also claimed that the policemen were implicated in the kidnapping and assault of the couple’s friend, Alice Manana, at her Windmill Park house.

Ramogibe’s mother, who is 60, made similar claims in an affidavit to the Hawks.

Mdluli was arrested last year for Ramogibe’s murder, but the National Prosecuting Authority withdrew the case in February, deciding instead to launch an inquest.

Mdluli was suspended from crime intelligence, but after the withdrawal of the charges he was reinstated and is now tipped as the next police commissioner.

But evidence about his alleged reign of terror raises doubts about his fitness for the position.

Ramogibe’s sister, who is afraid of reprisals and asked that her name not be used, said her mother “still trembles at the mention of Mdluli and all the other family members are still terrified of him”.

“Not only have we lost our brother, but our little sister, now in the witness protection programme, was raped soon after my mother was warned not to ask about Oupa’s murder case.”

She said Mdluli had come to their house claiming to be the investigating officer in a case involving an earlier unsuccessful attempt to murder Ramogibe in December 1998.

She said Mdluli was often accompanied by Ximba, Dhlomo and Omhle Mtunzi.

She likened their frequent visits, which she claimed left the family terrified, to those of the apartheid security police.

“Mdluli’s visits became frequent; it was as if we were still under the apartheid regime and they were the security police terrorising the family about my brother’s whereabouts.

Oupa and Tshidi were hiding from him — Oupa didn’t want to speak to or see him.”

She claimed Mdluli would shout at her mother and, on one occasion, banged on the door late at night, searched their house and then allegedly forced her mother to get dressed and accompany him on raids to look for Ramogibe at the houses of other family members.

Ramogibe’s sister claimed that on the day of the murder her mother convinced him to see Mdluli at the Vosloorus Police Station – she hoped that if they met and sorted out their differences, the policeman would not trouble the family again.

Soon after the meeting, Ramogibe was shot at the corner of Khaka and Khonkonolo streets in Vosloorus while pointing out the scene of the alleged murder attempt to Dhlomo.

His sister said that his mother still blamed herself for his death and the rape of her younger daughter, then in her early 20s.

She claimed that after her mother made inquiries about the progress of the murder case at the Vosloorus Police Station and the family approached the media, they received threatening phone calls they believed were made by Mdluli or some of his people.

In the 67-page affidavit presented at last week’s inquest into Ramogibe’s death, investigating officer Colonel Kobus Roelofse quoted Sophia as saying she had received two calls from an unknown man calling himself Phillip.

The caller said she was “too clever” and that another of her daughters, who worked at the department of home affairs and is now in the witness protection programme, would be next.

She also allegedly received a call from someone saying “they know one of her daughters works for home affairs and that they want to kill her, because they [the Ramogibe family] are too clever”.

Ramogibe’s sister said that, on the day of her sister’s rape, Sophia received “another call from someone saying he will do something more severe to the family if she keeps on making inquiries about the murder case.

The caller mentioned that he knew where my other sister worked and she will be next.

“My mother and all the family members were so terrified that we didn’t want to speak about Mdluli or tell people about the pain he’d caused.

“We had exhausted all avenues of help; we even asked the media, but no action was taken. We vowed not to touch the subject.”

She said her father, a truck driver, became ill because of the stress and eventually died.

“I can say we suffered in silence for years until the state reopened the case.”

A cousin of Ramogibe, who also asked for her real name to be withheld, said the withdrawal of the charges against Mdluli had sent shock waves through the Ramogibe family and the community where she lived.

She said she was worried that this would increase the stress on Sophia, who suffered from diabetes.

“He [Mdluli] must say what actually happened on the day he [Oupa] was murdered,” she said.

“We want to hear him testify in court.”

She added that she did not understand “why everyone is mixing this case with politics. It’s a simple ­murder case that was not properly handled 13 years ago.

“I don’t understand how [President Jacob] Zuma can put Mdluli back to work and give him more power. Is it because we are poor and can’t afford a lawyer?

“We tell ourselves that we are in the new South Africa and no one can oppress us; that we are equal before the law, regardless of whether we come from a rich or poor background. But obviously we aren’t.”

She confirmed that Ramogibe’s mother had complained about Mdluli’s alleged visits to her house and would shout at family members and warn them to find Ramogibe before he did.

“The people of Windmill Park, where one of the witnesses [to Mdluli’s alleged reign of terror], Alice Manana, was shot by men looking for Oupa and Tshidi, are still shocked that no action has been taken against the men who attacked her in 1999.”

A Windmill Park resident said she was among the first to come to Manana’s aid on the night she was shot.

“I’m not sure if she was shot in the right or left shoulder, but I still remember the blood and the family’s trauma.

Even then, we were told that a jealous boyfriend of her friend shot her,” she said.

“I took her to hospital and waited until her family from Soweto came. Nothing was heard about the case until last year when police took statements from the community.

“We thought something would be done, but were surprised that the man is now back at work,” she said.

At the time of his death, Ramogibe was 26 and had recently got a job at a hotel.

His sister said he wanted to be a good father to his daughter, who was four at the time.

Before the charges were withdrawn, Mdluli argued that the state had no case against him and his trial was a “flagrant abuse of the criminal justice system”.

He maintained throughout last year that he was the victim of a political conspiracy because of his promotion as head of crime intelligence in 2009, “a hotly contested position”.

Torture and murder in Eldos, but cops couldn’t be stopped for help