Students at the mercy of landlords 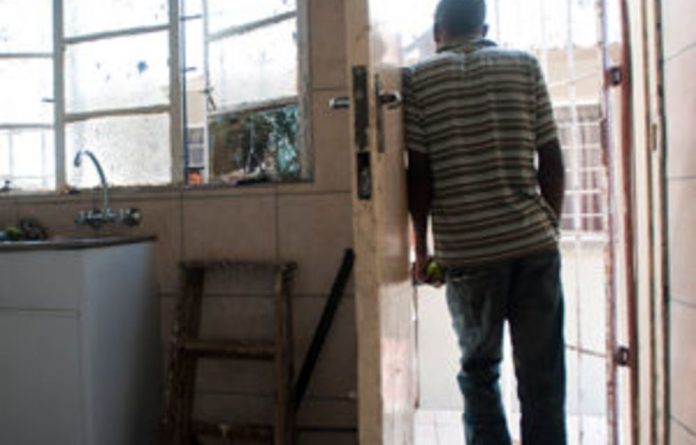 Students feel defenceless against exploitative slumlords, who allegedly charge exorbitant rents and disregard both the City of Johannesburg and the University of Johannesburg’s commune policies intended to regulate the industry.

Higher Education and Training Minister Blade Nzimande released a report last month saying thousands of students across the country had to live in such appalling conditions that it was a “major miracle” they managed to pass any academic course.

“We are charged huge money by landlords for rooms that do not deserve it, but we take them because accommodation is rare and we want to be near campus,” student John Mukwena told the Mail & Guardian.

He pays R2 200 a month for a room in a house in Jan Hofmeyer — a run-down, poor area near Brixton — that he shares with eight other students. The house has no laundry facilities and some of his housemates share rooms, but pay the same amount. It is not clear whether this commune has received approval from the city or been accredited by the university.

After receiving “numerous complaints” from students about commune conditions, the university instituted an off-campus accommodation policy in 2009, the executive director of student affairs, Professor Bobby Mandew, told the M&G.

Complaints included students being “packed like sardines by unscrupulous landlords, who were exploiting them by charging high rentals and not providing the basic necessities like water and sanitation, students being chased into the streets in the middle of the night with their furniture if they dared to question the landlord, and some landlords allocating accommodation on a racial basis”, he said.

Landlords must seek accreditation
The onus is on landlords to approach the university for accreditation of their accommodation. It is then evaluated by the university and must adhere to commune policy rules before receiving accreditation. The policy requires, for example, that facilities must be of a standard that is “at least the equivalent of a University of Johannesburg residence in terms of quality and appearance”. Once accredited, the accommodation is listed on the university’s website.

In terms of bad behaviour by students, Mandew appealed to local residents to report it, saying student discipline regulations applied to all students, whether they lived in accredited or non-accredited off-campus accommodation.

The city created its own commune policy in 2009, stipulating, among other requirements, that no more than 10 occupants live in a commune and no more than two occupants share a room less than 14m².

But implementation of the policy is challenging. The spokesperson for the city’s development planning and urban management department, Lucky Sindane, told the M&G that, since 2009, 500 complaints had been registered about illegal communes in ward 69 (surrounding the university) as well as Randburg, Cresta, Northcliff, Rosebank and Langlaagte, among others. Eighty cases are being prosecuted in the South Gauteng High Court and 20 court orders have been obtained.

Sindane said the city had taken a “strong stance against contraventions of planning and building regulations across the city, including actions to clamp down on owners who operate communes illegally”.

A Melville resident told the M&G that a commune near his home with about 350m² under roof “had 20 living there at one stage”.

“[Some] were living in rooms under the house that have no windows or ventilation,” he said, requesting anonymity because of the “possible threat to safety posed by some commune owners”.

Electricity was allegedly cut off for two weeks during last year’s exams and there were a number of crime incidents, such as cars being broken into while parked outside the house, as well as a burglary towards the end of last year. Parties were held there every weekend, he said, and any requests from residents for the students to stop making a noise were “completely ignored until the police were called in”.

Complaints about similar communes were reported to the city regularly “but nothing ever gets followed up or done”, the resident said.

Ward councillor Katja Naumann said she knew of 530 illegal communes in her ward, 69, alone. The ward surrounds the university’s Auckland Park campus and includes the suburbs of Brixton, Westdene, Hursthill, Rossmore, Crosby, Westbury, Auckland Park and Richmond. “But there are undoubtedly more,” she said. “Residents do not object to well-managed, legal communes and it is not just about students — there is a real danger of student exploitation and residential suburbs being destroyed by illegal, unmanaged accommodation establishments.”

There was a desperate need to implement the city’s policy effectively, she said, which would hopefully result in the shutting down of illegal communes, address the backlog of applications and regulate the industry. Ward councillors, resident associations, landowners as well as university and city officials established a commune forum in August last year, which meets monthly to address “blockages preventing the smooth running of the industry”.

Commune owner Sayyed Bagsangani operates five illegal communes in ward 69. He has not applied for consent from the city because “it is almost impossible to get”, he said. “It costs about R130 000 to get approval and it can take years to get a response from the city.” Sindane refuted this, saying it cost about R20 000.

“If the city relaxed the policy, sped up the application process and reduced the cost, more owners would apply for consent. We don’t want to be illegal,” Bagsangani said.

Laaities: What do we know, though?