The curious case of diarrhoea in Diepsloot 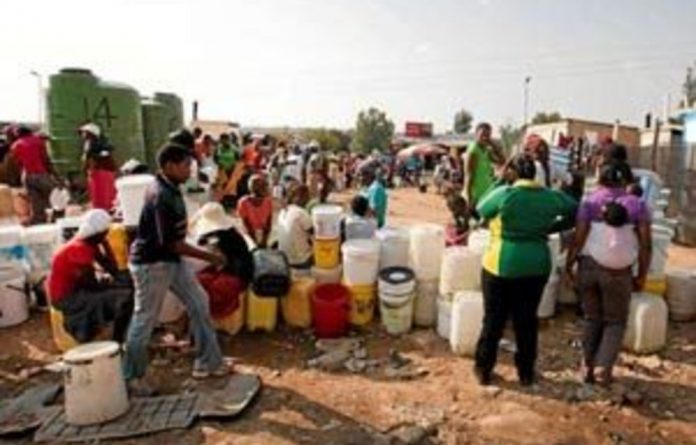 As water trouble continues in Diepsloot, it appears that residents are starting to suffer the health consequences — but not according to official figures.

Anecdotal evidence suggests there are many ill people in Diepsloot right now; on every street corner you’ll find a story of a family member suffering from diarrhoea, or a neighbour so nauseous she hasn’t eaten in days. And considering that the township has been without running water for more than a week, and that water is believed to have been contaminated before that, a link seems obvious. Officially, though, there is no problem to begin with.

“There has been no increase in the number of diarrhoea cases since Monday April 16 2012 in Diepsloot but the situation is being monitored,” said Nkosinathi Nkabinde, a spokesperson for health issues for the City of Johannesburg, on Friday.

Yet clinic workers in Diepsloot, who may not speak to the media as a matter of policy, this week told the Mail & Guardian that the number of people seeking help for various degrees of diarrhoea has been increasing during the course of the week, and that is strongly supported by other evidence. Workers also said they understood statistics had been provided to various organisations on a daily basis, including Johannesburg Water, they said. On Friday Johannesburg Water said it did not have any official numbers on the incidence of illness.

While any increase in illness could be attributable to a number of factors, it is understood that samples are now being collected at clinics in the area, which should allow a solid link to be established between symptoms and contaminated water by early next week, if any exists.

The city has promised a consolidated report on diarrhoea incidence treated by Tuesday, which should coincide with the return of test results from patient stool samples.

Meanwhile, residents of Diepsloot continue to live with a level of water supply that would be considered barely adequate in a refugee camp.

Residents of the sprawling township, conservatively estimated to be home to around 200 000 people, had to go thirsty this week, at least not as long as they had the ability to walk several kilometres to fetch water, or friends or relatives willing to to so in their stead. By international norms they did spend several days with less water, on average, than disaster victims could expect.

The World Health Organisation guideline for emergency situations specifies a minimum supply of 7.5 litres of water per person per day for drinking, which it says is survivable if uncomfortable for a couple of days. For Diepsloot that equates to a daily requirement of 1.5-million litres per day, which was easily supplied by a fleet of tanker trucks with a combined capacity of 193 000 litres, with each truck on a route that takes just over an hour to complete.

Add cooking to the mix, however, and the requirement jumps to 20 litres per person per day, a level that the 12 to 13 Johannesburg Water trucks that were operating in Diepsloot could deliver only in a perfect world, where residents formed orderly queues for 21 hours of the day, and trucks never needed refuelling or maintenance.

To allow for personal washing, the washing of clothes, and basic sanitation, aid workers would try to supply each inhabitant of an established refugee camp with 50 litres of water per day. Achieving that with the tanker capacity that was available in Diepsloot this week would require not only a pure mathematical universe, but one in which each day was 51.8 hours long.

Both the City of Johannesburg and national government have expressed satisfaction with the emergency water measures that are in place.