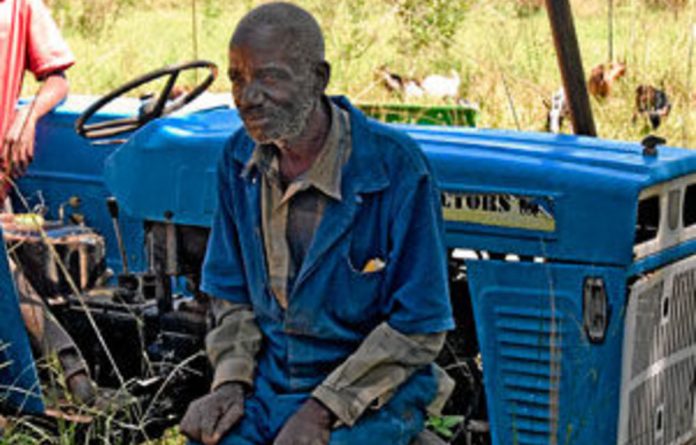 Thirteen years ago the opposition Movement for Democratic Change, most urban Zimbabweans and the international media were shrill in their condemnation when peasants and war veterans, soldiers, public servants and elites invaded white-owned commercial farms. The Western media was hysterical in its criticism of Robert Mugabe’s “land grab” that had transformed Zimbabwe from a “bread basket” into a “basket case”.

It was in these charged and uncertain times that my father, a man who had somehow managed to remain apolitical and indifferent, sat me down and said words along the lines of: “My child, Mugabe might be a dictator. In fact, I do not care whether he stays or goes, but as far as the land issue is concerned, I think he has a point. I was already a young boy when the Rhodesian government moved us from our fertile ancestral land to this rocky wilderness. What Mugabe is doing is right. It is called justice.”

A few other people I knew, born in the 1950s or before, shared my father’s position. They were able to untangle the knots of the complex, confusing situation that unfolded daily. Given that April 18 is Zimbabwe’s day of independence, it is apt to revisit a book that looks at the truths and lies surrounding the land reform process.

They write: “The story [about land reform] is far more complex than the generalisations of the media headlines.” Because Zimbabwe’s land reform fatally intersected with its nationalist politics, one had to be really astute and attentive to know what was going on. And right up to the present, apart from truisms and clichés such as “Uncle Bob is mad”, most people are not quite sure what really happened.

Disinformation and misinformation
Were the invasions spontaneous or were they planned by the country’s intelligence agency? Did the ordinary villager benefit or did most of the farms go to Zanu-PF elites and their cronies? Yet, notes the book, “numerous reports, newspaper ­op-eds and consultancy documents have offered opinions about what to do. What is noticeable about most of these is their almost empirical lack of empirical data.”

A direct result of the years of disinformation and misinformation (and whatever is in between) is “the generation of a series of oft-repeated myths — which have gained the status of truth”. The five myths the authors set out to explode are “Zimbabwean land reform has been a total failure”, “the beneficiaries of Zimbabwean land reform have been largely political cronies”, “there is no new investment in the new resettlements”, “agriculture is in complete ruins, creating food ­insecurity” and “the rural economy has collapsed”.

In 250 pages, they examine and puncture each myth, finding most to be baseless and grounded in malice and ignorance. They conclude that land reform was “neither a populist revolution by the peasantry, nor a corrupt takeover by elites and political cronies”. Ordinary men and women, elites and the working class, public servants and other ­”unclassifiables” are among those who ­benefited.

Most of their research is based on Masvingo province, in farming regions three and four. This area, semi-arid and hot, receives less rainfall than the much-desired land on the highveld, the well-watered and fertile earth found north, west and northwest of Harare.

If I have reservations, it is mainly because Masvingo is not exactly prime agricultural land, which makes it difficult to use data from this province to dispel myth two.

But the book triumphs in going beyond the sensationalism and the myths and in the way the authors spoke to ordinary villagers and “new” farmers. The interviewees were not just a token few, but scores who talked about why they had invaded farms, whether their lives had improved (significant numbers said they had) and their hopes and aspirations. Even though data is notoriously difficult to get hold of in Zimbabwe, the authors are fanatical in their empirical approach.

Human touch
Yet their empiricism allows personal details, cultural idiosyncrasies and the lives of many ordinary folk to come through. The book does not have wodges of text written in technocratic speak, but writing in which human life lights up almost every page.

There are lessons for South Africa; after all, Zimbabwe is our tenth province. What is never hidden in South Africa’s keen interest in the story about the country north of the ­Limpopo river is a fear framed both as a question and a premonition: Will we become like Zimbabwe? It is something the scholars address in the concluding chapter of book.

“In the mid 1990s, no one thought that radical land reform might unfold in Zimbabwe.” And look what happened. So, unless South Africa’s land issue is resolved, a Zimbabwe could be replicated here.

Although the nationalists want us to think of the process as just revolutionary, which it was, much more happened that was reactionary — narratives with which these six scholars grapple. There was plunder, death and corruption and yet, for the one million ordinary people who benefited from the process, there was a sense of triumph, restitution and justice.

Zimbabwe’s Land Reform: Myths and Realities is fascinating, exhaustive and immensely readable. It goes beyond the myths to try to tell the story of a province whose reality might hold true for the rest of the country.