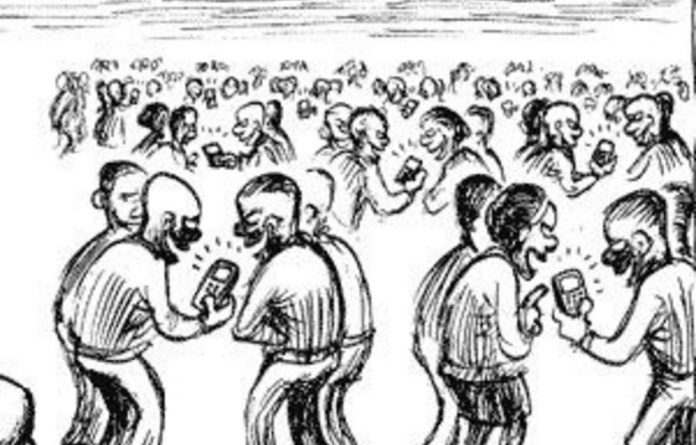 A mentally disabled teenage girl is gang raped by seven men. Her ordeal comes to light after a video of the crime goes viral and is picked up by the news media. The Dobsonville teenager was missing for three weeks and had apparently been held by one of the accused against her will.

In the Cape township of Bonteheuwel, a 12-year old girl is fatally shot when her cousins get caught in the crossfire of a gang fight. The girls’ cousin tries to save her, but he gets shot in the jaw.

Why are these children called born-frees again? Is their “freedom” not a cruel irony?

These two recent news events prompt us to take a critical look at media, civil society and the state.

Whilst the horrific story about the rape video commanded far more local and international media attention and outrage than the Bonteheuwel story, the reaction by the media and audiences followed a similar thread.

Key reactions
At least two major themes emerged from the coverage and reactions: revenge/retribution, and a moral panic about new media technologies. These narratives are misguided, and lead us away from the real issues.

Readers expressed anger and outrage at both events. Some spoke of violent retribution and, inevitably, commentators pushed arguments for the death penalty. Comment threads would turn to political party bashing, with the ANC receiving the customary insults. Attempts to introduce alternative views would lead to ad hominem attacks that do not promote debate and communication.

On Twitter, the rapists were called “animals by birth“, and SA’s head of public diplomacy, Clayson Monyela, said he would be “praying for the 7 rapists to find like-minded monsters in jail to give them a taste of their own medicine“.

Media descriptions fanned the flames: Perpetrators were “barbaric monsters“; the mother was neglectful and a liar; her community was “complicit”. The popular culture website mahala.co.za featured a cartoon depicting the rapists tied up in a cell while two fellow inmates are filming their impending rape.

Now that the lines between good (us, the rational observers) and evil (them, the barbaric monsters) are drawn, and our bloodlust temporarily satisfied, we can return to “normal life”. Both stories will probably die down and media attention will focus on the next big story. In fact, the Cape shooting has already slipped from the front pages. The same is likely to happen to the rape story, but not before we hear moral panics about social media causing our youth’s ‘moral decline’, or how cell phones’ ubiquity may encourage violence.

Despite gender activists’ efforts, many online comments, particularly, are unlikely to reflect nuanced understandings of the ways in which gender-based violence is entrenched in everyday practice — nor of the extent to which the institutionalised violence of our apartheid past shapes our present. Dominant conceptions of masculinity and violence are cemented in talk of retribution and problem-solving.

Senior police officials’ “shoot to kill” rhetoric does not help either. The bigger story is the failure of the state to set the fundamentals in place for positive change so that we can break with our violent apartheid past. It is worth asking whether a serious interrogation of race and gender politics was ever high on the democratic state’s agenda?

Where do news media fit in?
News editors still believe, “If it bleeds, it leads.” The big, sensationalist stories secure readers, who can be monetised as advertising revenue. Conflict remains a key news value in criminal and political reportage.

Hence, another shooting on the Cape Flats is mundane — this is crude, we know. Violence has become banal — especially in working-class spaces far away from the suburbs.

Except for some weekly papers, we do not see news about everyday, grass-roots failures of the state in non-sensationalist and productive ways. Paradoxically, tabloids highlight everyday experiences of the state’s failures more than the “serious” mainstream press. If crime reporters looked critically at magistrates’ courts, they could write about our dysfunctional lower courts. Overworked prosecutors may shed light on the contention of Wits researcher Robyn Leslie: that the lower courts, not the Constitutional Court, need to be reviewed.

In its critique of media monopolisation, the ANC argued that media have not transformed. Editors have not really supported the developmental state. This is true. A Media Appeals Tribunal is not the answer, though. The ANC and DA both believe that the market distributes wealth fairly and they should thus not be surprised by monopolisation.

We need to explore the structural and social factors that led to society’s dehumanisation, and the erosion of our morals more thoroughly. The media can help us imagine ourselves in the place of others.

Dehumanising the perpetrators of these horrific crimes as “monsters”, calling for retribution or blaming new technologies isolate and exoticise the social pathologies of violence. The Truth and Reconciliation Commission revealed how violence not only robs its victims of their dignity, but also erodes perpetrators’ humanity. The media should call the state to account for the structural violence of poverty, dismal education and the poor role models available to our youth. But it should not contribute to the further fanning of conflict or the dehumanisation of victims and perpetrators.

The media should help us devise more imaginative responses to state violence, poor male socialisation and racialised poverty than retribution or shame. We owe this to the generation that is supposed to be born free.

Adam Haupt
Adam Haupt is professor of media studies at the Centre for Film & Media Studies, University of Cape Town