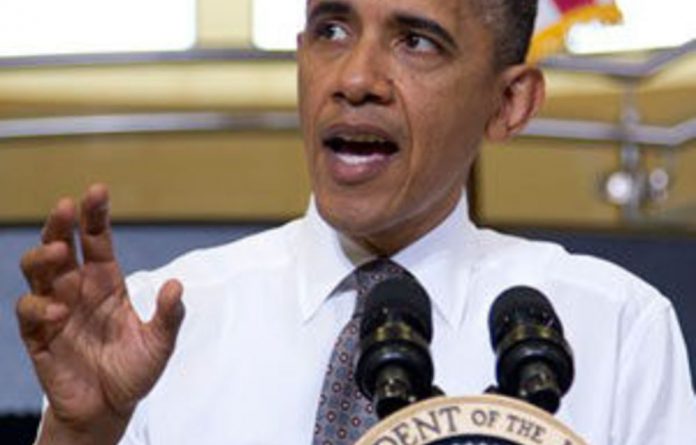 Mitt Romney is in the midst of a bruising, costly campaign to oust Barack Obama from the White House, but one expert has long said the Republican challenger’s efforts are for naught: the president’s re-election is a sure thing.

“Even if I am being conservative, I don’t see how Obama can lose,” historian and American University professor Allan Lichtman told US News & World Report.

That was last August, and he stands by his prediction today.

Lichtman is no ordinary soothsayer; he and his pattern-recognition model have been right 100% of the time since he created The Keys to the White House in the early 1980s.

His system, based on 13 conditions that favour re-election of the incumbent party, has also retroactively called every presidential election since 1860.

That’s 37 in a row, including advance calls on every election since 1984.

As for 2012, “I don’t think [Romney] can upset the apple cart,” Lichtman said, as his system gyrates around a simple truth: “presidential elections are essentially referenda on the performance of the party holding the White House.”

In other words, “there is little or nothing the challenging party can do to change election outcomes.”

Assessing strengths
The 13 keys assess the strength of the incumbent party, the presidency’s perceived achievements and failures on issues such as the economy and foreign affairs, and charisma of the incumbent and the challenger.

Obama currently holds 10 keys. He’d have to lose three more to lose the election, but Lichtman says such a collapse this late in the game would be unprecedented.

The professor has fended off criticism, notably by Nate Silver of the New York Times, who wrote in the FiveThirtyEight blog last year that many of the keys are subjective.

Lichtman argued that “the world is subjective, and can’t be reduced to these equations as we know.”

He’s stirred controversy by saying for example that Republican John McCain’s status as a war hero was not enough to turn the challenger charisma key in 2008.

This year he scores some keys controversially in favour of Obama, such as the president effecting “major changes in national policy,” a nod to his health care reform, even though the law is unpopular.

Silver and experts like University of Chicago professor John Brehm say Lichtman engages in data dredging, mining details of past elections in order to establish a winning set of criteria.

Margin of victory
Brehm points to Lichtman’s deficiencies in forecasting the margin of victory, including in some elections that were “squeakers in reality but … the model predicted them to be runaways,” such as John F Kennedy’s razor-thin 1960 defeat of Richard Nixon.

Lichtman said he has not heard from the Romney campaign.

But he has over the years fielded calls from Democratic challengers, including one from an advisor to a man Lichtman had never heard of in 1991: Arkansas governor Bill Clinton.

“I shared the copy [of ‘The Keys’] with governor Clinton and he loved it,” Kay Goss, who was senior assistant to Clinton at the time, said.

In the aftermath of the Gulf War George W Bush had some of the highest approval ratings in history, and Democrats were avoiding running against him in 1992.

Lichtman saw it differently, and wrote that based on the keys, Bush could be beaten.

“I can’t speak to the exact impact it had on his decision-making process,” Goss said, but the book was “quite helpful to me and to many others supporting governor Clinton’s successful quest for the presidency.”

Popular vote
“It’s a brilliant work of marketing. But, he’s been accurate,” Berkovitz conceded — though he stressed Lichtman’s model predicts the popular vote, not the electoral college, which allowed him to keep his perfect record in 2000 when he picked Al Gore.

“Overall, more power to him,” said Berkovitz. “But am I going to bet the farm on his prediction? No.”

Lichtman says there is still a path to victory for Romney — albeit a negative one.

“The economy could take a catastrophic dive into recession, there could be some terrible disaster abroad, and some presidential scandal. Those three things would do [Obama] in,” he said.

As for 2016, some keys are already in the Republicans’ favour, especially if Obama wins re-election and there’s a Democratic nominations battle four years from now.