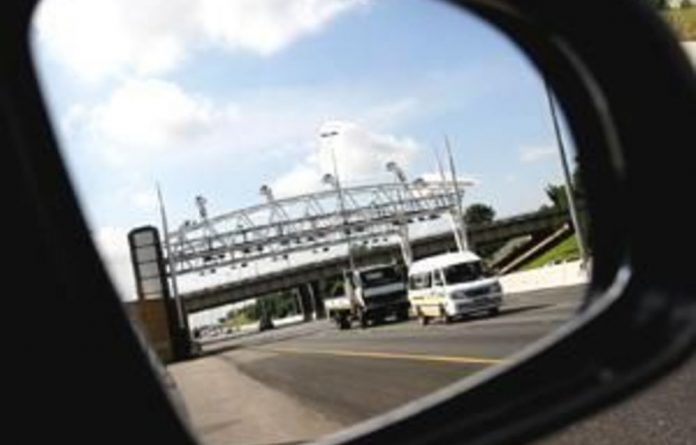 After a day of argument by some of the country’s greatest legal minds on Tuesday in the North Gauteng High Court, the legal challenge against the controversial e-tolling system on Gauteng’s highways hangs in the balance.

While Opposition to Urban Tolling Alliance’s (Outa) case to test the legality of the system remains strong, their attempt to halt e-tolling through an urgent court interdict while the matter is decided, is uncertain.

Outa was sharply criticised by the South African National Roads Agency Limited (Sanral) as well as several other friends of the court acting on its behalf, for bringing the case to court so close to e-tolling’s planned implementation on April 30.

Sanral’s advocate David Unterhalter said Outa was “far too late” in bringing forward a legal challenge as the “horse had already bolted”.

“There is no reason to bring the e-tolls matter forward with urgency as there is no other alternative. The expense has been incurred and it must no be addressed,” he said.

Jeremy Gauntlett SC, legal counsel for the department of treasury, accused Outa of using their late application as a strategic attempt to force the court into finding in their favour.

“In a race, you don’t wait for the last person to put on their shoes. This argument has no standing and is based on political and legal pressures yielding a result,” he said.

The transport department legal representative Vincent Maleka SC accused the alliance of representing people who want to “enjoy but not pay for” infrastructure upgrades in South Africa.

“The applicant does not have sufficient reasoning to bring this matter before the court urgently, their application should be dismissed with costs,” said Maleka.

“The target date was ambiguous. We only knew when launch will be in late February and that is why this interdict application is only being heard now,” he said.

The latest date for implementation was announced on February 22 2012 the same day as Finance Minister Pravin Gordhan’s budget speech.

This followed the initial launch date being postponed in April 2011, and further delayed in June and November last year, as well as February 2012.

Outa further argued that Sanral is not fully prepared to launch the system as legislation relating to fee structures and exemptions for certain commuters is yet to be implemented.

“My lord, don’t shut the door in the face of the public. This is a matter of unprecedented public controversy,” Franklin added.

Prinsloo said he would pass judgment on the interdict on Wednesday morning.

If the interdict is granted the hearing will continue or will be postponed until after e-tolling is implemented, if not.

“It would be difficult to see Sanral pay back money to the consumer if they were forced into scrapping the system after implementation. Most of though, it would be sad that South African citizens didn’t have a chance to have their case heard before they start paying,” said Outa spokesperson Pieter Conradie.

If the ANC general secretary has his way, Ithala chair Roshan Morar could soon be an ambassador
Read more
Coronavirus

Now that we are in the second week of lockdown, South Africans seem to be taking their unwritten civic duty of snitching very seriously
Read more
Education

The Opposition to Urban Tolling Alliance has urged the public to respond to the Gazette before the 6 January 2016 cutoff date.
Read more
National

EFF: With e-tolls, ANC have given us all a dompas

The Economic Freedom Fighters have rejected the latest amendments to the e-tolling system, saying the borders infringe on freedom of movement.
Read more
Advertising
Continue to the category
Politics