NGOs plead for aid as millions starve in the Sahel 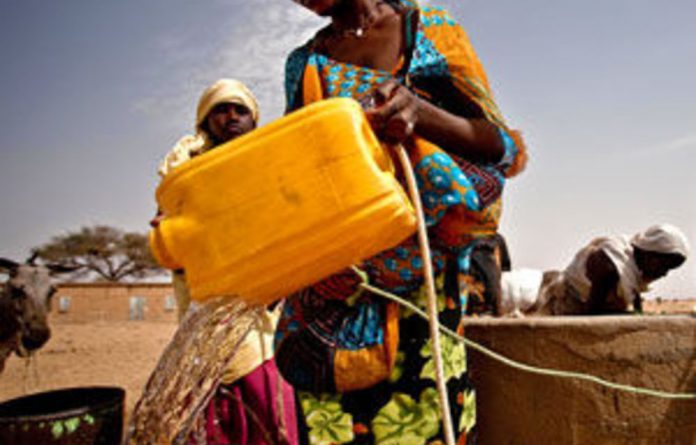 Aid agencies say they are facing a multimillion-dollar funding shortage to deal with a food crisis in the Sahel, the zone in northern Africa that stretches across the continent from the Atlantic to the Indian oceans, marking the transition between the Sahara desert and the savanna regions to the south.

“A huge gap in funding for aid projects … is threatening to leave millions of people hungry in the coming months,” a coalition of aid agencies said on Monday. The people of the Sahel, they said, are resorting to increasingly desperate measures to survive.

Action Against Hunger, Oxfam, Save the Children and World Vision said they have raised only $52-million of $250 million needed to provide emergency assistance to six million people in the region.

The aid agencies have called for a donor pledging conference to rally wealthy governments and donors.

The United Nations had estimated $724-million would be needed to tackle the latest food crisis in the Sahel belt after poor rains in 2011 saw harvests drop by a quarter.

But it has collected less than half of this.

The crisis has so far affected Chad, Mali, Mauritania and Niger but the UN has also raised concerns over Burkina Faso, Senegal and northern parts of Nigeria and Cameroon.

“In the Chadian Sahel, the global acute malnutrition rate already exceeds the emergency threshold of 15 % and admissions to our feeding centres have increased dramatically,” said Patricia Hoorlbeke of Action Against Hunger.

In the Kanem region, over 2 000 severely malnourished children were admitted for therapeutic nutritional care in March.

Steve Cockburn of Oxfam West Africa said: “There is no doubt that families across West Africa are entering a dangerous period, and we have already seen women forced to search for grains in anthills in order to survive.”

Chris Palusky of World Vision said the NGO had seen some families “resorting to eating wild leaves, others are barely able to feed children one meal a day”.

In January the EU announced it was doubling aid to the Sahel to 95 million euros as 23 million people faced Africa’s latest food crisis, after a famine in Somalia last year was believed to have killed tens of thousands.

The United States pledged $120-million in emergency aid to the Sahel in March. — AFP