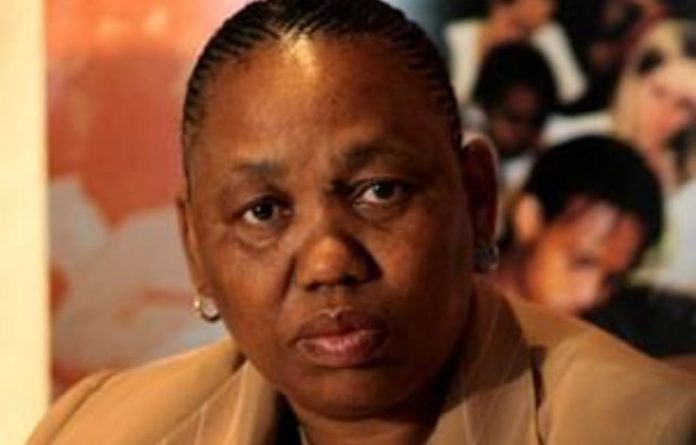 If there is one person breathing a deep sigh of relief over the exit of Eastern Cape’s education department superintendent general Modidima Mannya, it must be Basic Education Minister Angie Motshekga.

Forget the South African Democratic Teachers Union (Sadtu) Eastern Cape secretariat and scores of teachers belonging to the union who have dutifully campaigned for Mannya’s sacking. They are also buoyed by his exit, but not more than Motshekga, who now gets a chance to stamp her authority.

Sadtu has been able to demonstrate its scorn for Mannya’s administration and leadership style on recognised platforms such as court and industrial action, but Motshekga has seemingly had to bottle her displeasure about Mannya in Cabinet meetings but often hinting it in the media.

Tension between Motshekga and Mannya is widely reported, with both having had disparaging things to say about the other.

The implementation of the Constitution’s section 100 1(b), an intervention Cabinet invoked earlier last year, concentrated the tension. Mannya appears to have been instrumental in barring its proper implementation — allowing officials appointed by Motshekga in accordance with the section to do their job.

Conflict
Mathanzima Mweli, deputy director general in Motshekga’s department, had to leave the Eastern Cape in a huff as section 100 intervention coordinator because of the conflict with Mannya, among other things. Mweli was Motshekga’s appointee in the provincial department.

In a letter Motshekga wrote to Mandla Makupula, minister for education in the province, in August last year and seen by the Mail & Guardian recently, she complained about “my authority, as the minister mandated by Cabinet to drive the implementation of the section 100 1(b) in the Eastern Cape education department, being questioned and undermined by the superintendent general” of the department.

President Jacob Zuma was accused of pursuing political interests in build-up to the ruling party’s upcoming elective conference later this year when, instead of endorsing Motshekga’s take-over plan, he announced a task team of five provincial ministers and national ministers that would serve as “the overall oversight mechanism” of progress made in the provincial department last September.

Now Mannya’s exit provides a golden opportunity for Motshekga to re-instate Mweli, or any of her preferred officials, as chief administrator in the department but working with the acting superintendent general Mthunywa Ngonzo.

It is no wonder Motshekga moved quickly this week to meet premier Noxolo Kievit to discuss a way forward for the province’s education department.

A statement from Motshekga’s ministry released shortly after Kievit announced Mannya’s exit in a press briefing on Monday, said the two leaders, together with a team of five deputy ministers including Basic Education Deputy Minister Enver Surty, would meet on Tuesday and Wednesday to “discuss progress with regards to section 100 (1) (b) intervention currently under implementation in the Eastern Cape department of education” but no further information has come forward on this discussion.

Clear intentions
Not that Motshekga has not already made her intentions clear — even before Kievit’s announcement she told the Daily Dispatch newspaper she would descend on the province this week to “fully implement section 100 (1) (b)”.

It is anyone’s guess what she meant by that. But full implementation of section 100, as the M&G has previously reported, means Motshekga’s department must over take over control of the provincial department.

“Take over” by Motshekga is what some parliamentarians earlier this year told the M&G they were campaigning for, despite the intervention announced by Zuma.

“Constitutionally, the national department has to take over administration of the provincial department,” the National Council of Provinces’ Eastern Cape representative in the select committee on education and recreation, Zukiswa Rantho, told the M&G in February.

Rantho’s argument for such a take over was that it was necessary to stabilise the provincial education department, which has battled even prior the new dispensation in 1994. “The [minister’s] intervention should carry on until the situation is stable and everyone is confident of the department’s administration and finances,” Rantho said then.