Questions swirl around hunt for Kony 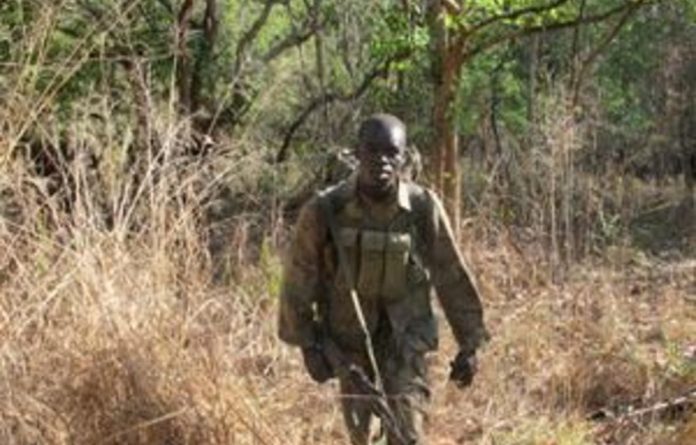 The hunt for alleged Ugandan war criminal Joseph Kony is heating up on international radars, but foot soldiers who have spent years searching for the man are starting to ask a question their top commanders prefer to ignore: Is it possible he is dead?

Ugandan army officials say the Lord’s Resistance Army (LRA) leader is alive and hiding somewhere within the Central African Republic (CAR). Rank-and-file soldiers, however, say intelligence on Kony is so limited that if he dies, or is already dead, his foes might never know and could wind up chasing a ghost through the vast Central Africa jungle.

In interviews last week with an Associated Press reporter who trekked with them in the jungle, soldiers in one of many Kony-hunting squads said their task in the CAR could no longer be described as a manhunt. The soldiers, who requested anonymity for fear of punishment, said for years there has been no LRA presence in the areas they patrol.

The soldiers are growing increasingly disillusioned, complaining of boredom and having to carry around heavy guns they never expect to use.

“Our commanders don’t want you to know the truth,” one of them said on the banks of the Vovodo River, his colleagues nodding in approval. “They want to keep us here, but up to now our squad has never come across any rebels.”

Another soldier said: “We are bored. We have nothing to do. We are mobile every day but we never see the enemy.”

International focus
Kony, an enigmatic rebel leader who has lived in the bush for the last 26 years, last month became the subject of intense international focus after US advocacy group Invisible Children made a popular online video purporting to make him famous. He has been silent since 2008, when the Ugandan army raided his forested base in north-eastern Congo.

Ugandan officials say Kony, who is wanted by the International Criminal Court for war crimes and crimes against humanity, fled to CAR hours before the aerial attack, but LRA attacks have been frequently reported in Congo recently. Ugandan troops left the Congo last year after Congolese authorities asked them to go.

Soldiers said they should be in Congo for the hunt.

Ugandan officials say the LRA, which has no more than 200 men scattered in small groups all over Central Africa, is hard to eliminate completely because the jungle is where the rebels are most comfortable. Last year US President Barack Obama sent 100 troops to help regional governments fight the LRA. The Americans play an advisory role in Uganda, the Congo, South Sudan and CAR, countries that have been affected by the LRA over the years.

Even in extremely dry spells, according to the accounts of Ugandan soldiers who have fought Kony since the 1990s, the rebels can survive on filtered clay, which they mix with honey and then roll into something that resembles a sausage. One piece is enough to satiate a man for several days. Ugandan soldiers call this concoction Kony’s dry ration.

Colonel Joseph Balikuddembe, the top Ugandan commander of the anti-Kony mission, said the war on the LRA could not be rushed. To eliminate the rebels and their top leaders, he said, Ugandan troops must live like the rebels, on scant provisions, to catch them in the jungles.

Walking on broken bones
But this method is a source of discontent among soldiers who are poorly paid — most earn about $100 per month — and who feel that they are being used to justify an expensive war against a degraded rebel force that offers no resistance. Some openly wonder if Kony is still alive.

Their amusement comes from using their cell phones to watch pornography and charging the phones’ batteries with solar panels during long treks. Otherwise, they are forced to walk miles every day through unforgiving terrain, facing jungle threats including crocodiles, elephants and poachers.

The makeshift clinic at a military base in Nzara, South Sudan, is packed with anti-malaria medication that will be spent when the rains fall and mosquitoes become rampant. The jungle experience also demands personal sacrifice from the soldiers because they can’t communicate with their families for months and then years, and sometimes go hungry.

In February, when supplies were slow in arriving, some members of a 60-member Kony-hunting squad tried and failed to eat a wild yam that is a favourite of the LRA’s. It is called abato, and a mature one is about the size of a baby’s folded hand.

“We tasted the yams and they were sour,” said Ugandan Private Godfrey Asiimwe. “I don’t know what the LRA do to those yams to make them edible and delicious. We hear they enjoy them.”

And some soldiers, in an impossible test of endurance, are forced to walk on broken limbs.

Last Thursday, halfway through a 14km walk through the jungle, a soldier stumbled and fell badly. He tried to stay the course but eventually broke down and asked to be carried around. His colleagues resisted and he limped on. The next day he was bundled onto a military helicopter that also carried the stinking remains of a soldier killed in a crocodile attack on Wednesday. — Sapa-AP