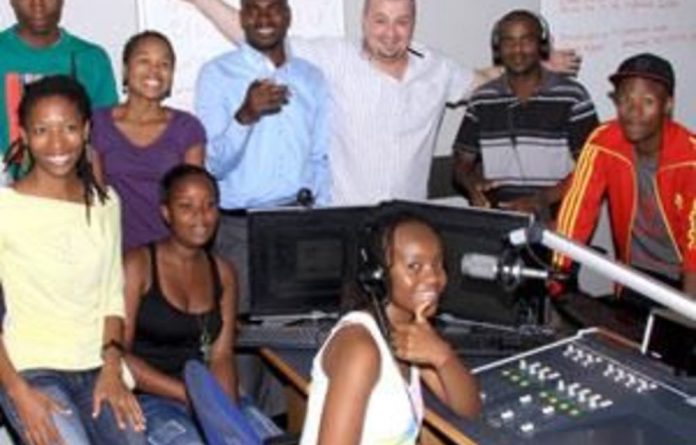 In the past six months Unisa Radio has increased its listenership by over 450% — a prodigious jump that the station’s managers say reflects the desire of students at this open distance learning institution to feel part of a community.

“We broadcast our shows via streaming audio which means we can be reached across the world from any location with cellphone reception which is a very important factor considering that Unisa students live all over South Africa and even overseas,” station manager Francois van Heerden told the Mail & Guardian.

“Our mandate is to be the link between students, staff members and the institution,” he said.

Listenership has grown from 6 212 listeners in October last year to 28 300 listeners in March this year and over 330 000 students see the “listen now” button which links to the radio station when they log on to My Unisa, the institution’s online student portal, Van Heerden said.

The station’s recent success can be attributed to the station’s focus on its target audience’s needs, Van Heerden said. Namely, students’ desire to be part of campus life and feel part of the university community.

“Even though this is a distance university which doesn’t have residences, there is still a vibrant campus life. Students use the internet to communicate and have set up many social clubs.”

The recent introduction of a portable 3G outside-broadcast unit has made broadcasting from remote locations incredibly easy, Van Heerden said.

“It fits into the boot of my car, so we can drive to registration day, for example, and broadcast from there, switching very easily between the studio and this unit.”

When Van Heerden and his deputy station manager Tali Munzhedzi joined the station they overhauled the scheduling and programming and introduced on-air policies that added more structure to the existing set-up.

“The station has been run for the last four years by dedicated student volunteers, some of whom are broadcasting naturals — they just needed guidance.

“You need continuity on radio, a listener wants to know he can listen to a certain show at a certain time,” he explained.

He said it was his goal to have these student volunteers “employed by the biggest commercial radio stations in the country by next year”.

Increasing accountability
A crucial feature of the station’s success was the representation of students’ concerns on air, Van Heerden said.

“We have student reporters running around the Muckleneuk and Sunnyside campuses in Pretoria speaking to students about their problems and then getting answers from the authorities about these. It increases accountability.”

“Most students study independently and in isolation from others. For them Unisa is an abstract concept.

The radio station will bring the day-to-day activities as well as the Unisa personalities to them and by doing so make them feel part of a community of Unisa stakeholders,” he said.

The interactive nature of the station encourages dialogue about topics that are important to students, he said, and discussion with management and staff meaning these people will become “more than just names on paper”.

The inaugural Unisa Radio day will be held on Thursday at the Sunnyside campus which aims to bring the Unisa community, management and media companies up to speed with developments and progress made by the station since its inception in 2008 and how it plans to one day reach the majority of its over 300 000 students.

You can listen to Unisa Radio at radio.unisa.ac.za/live