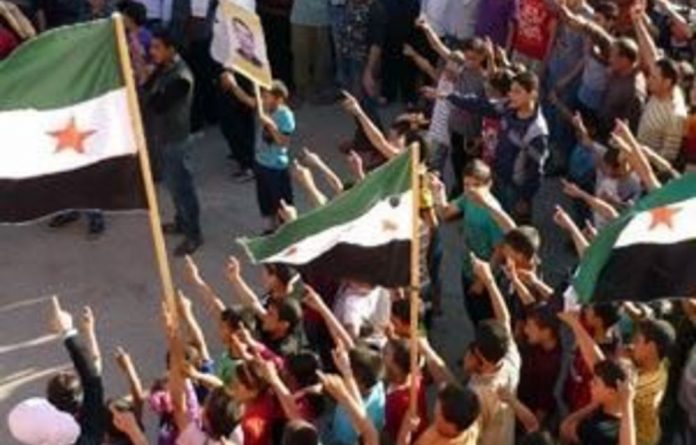 The gunmen walked into an apartment building before dawn earlier this month in the quiet Damascus suburb of Jaramana, went to the fifth floor and knocked on the door. When the police commander opened up, the men shot him dead and left.

Syrian President Bashar Assad’s opponents appear to be resorting increasingly to assassinations of loyalist military officers in an escalation of their campaign to bring down the regime.

At least 10 senior officers, including several generals, have been gunned down in the past three months, many of them as they left their homes in the morning to head to their posts.

The latest occurred Tuesday, when attackers shot and killed a retired lieutenant colonel and his brother, a chief warrant officer, at a home supplies store in another suburb of the capital, according to the state news agency. Elsewhere in Damascus, an intelligence officer was killed, opposition activists said.

Such targeted slayings are rising as an intensified crackdown by regime forces in recent months has dealt heavy setbacks to Syria’s rebels. For the moment, Assad’s troops have shattered the rebels’ strategy of trying to seize ground in several cities and provinces.

Their pace appears to have accelerated even more sharply since a cease-fire plan brokered by UN and Arab League envoy Kofi Annan went into effect April 12 — and just as quickly began to unravel.

The peace plan was meant to halt 13 months of violence by government forces to put down an anti-Assad uprising in which the UN says more than 9 000 people have died. A spokesperson for Annan said in Geneva that satellite imagery and other credible reports show Syria has failed to withdraw all its heavy weapons from populated areas as required by the ceasefire deal.

It remains murky whether the recent slayings are being carried out by rogue elements in the opposition seeking revenge or whether they represent a coordinated strategy by rebels to destabilise the regime.

String of attacks
A spokesperson for the Free Syrian Army, the Turkish-based umbrella group for armed opposition groups in Syria, denied it was behind the string of attacks, although he said the victims were legitimate targets.

There is also a sectarian tone to the killings. Almost all the slain officers come from the religious minorities that have been the most die-hard supporters of Assad in the face of the Sunni Muslim-led uprising against his rule. Such minorities — particularly Alawites, followers of a Shiite offshoot sect — make up the backbone of the military’s officer ranks.

Mohamad Bazzi, a Syria expert at the Council on Foreign Relations, said the killings are “likely a tactic by the Syrian rebels who are fighting from a much weaker position”.

“In many ways, it’s a classic guerrilla tactic — to strike at weak points in the regime’s military and security apparatus,” he said.

Some such targeted killings did take place last year as the uprising against Assad became increasingly militarised. But the pace appears to have sped up in recent months.

One of the first major attacks occurred February 11, when gunmen opened fire at Brigadier General Issa al-Khouli early in the morning as he left his home in the Damascus neighbourhood of Rukn-Eddine. Al-Khouli was a doctor and the chief of the Hameish military hospital in the capital.

On April 11, gunmen shot and killed army Brigadier General Jamal Khaled in the Damascus suburb of Aqraba as he drove to work, the Syrian state-run news agency SANA said. His driver, a soldier, was also killed.

The slaying of the police commander in Jaramana came on April 12. Jaramana, on the capital’s southeast outskirts, is predominantly Christian — a community that, like Alawites, has stuck strongly by Assad, in large part because of fears of Sunni domination if he falls. The gunmen knocked on the door of police Brigadier General Walid Jouni, gunned him down and then escaped unscathed, according to SANA.

Assassinations
At least five more officers have been assassinated since, including the three on Tuesday.

Faiz Amru, a rebel general in the Free Syrian Army, insisted those who were killed were involved in the crackdown on the opposition in the past year. Aside from assaults battering pro-opposition residential areas with tank fire and heavy machine guns, regime forces have also directly targeted dissidents, with activists taken from their homes and later found dead.

“Under any law, the killer should be killed,” he said. “These officers have direct orders to kill people and destroy homes.”

Amru said the FSA is not directly involved and that the assassins were individuals seeking revenge for abuses by the regime.

However, it is not clear whether all those assassinated directly participated in the crackdown. The motive in the hospital chief slaying, for example, is unknown; one slain officer was part of the air defence forces, which is not known to be participating in attacks on opposition areas.

That could suggest the assassinations aim to intimidate anyone in the military — or the attackers are selecting easier targets of opportunity.

One activist said those killed appeared not to be the most prominent commanders of the assaults. “It is very difficult to assassinate intelligence officers who are taking a major part in the crackdown because they move amid tight security,” he said. “Such officers don’t drive or walk alone in the streets.”

Motivated by revenge
Another activist, based in the city of Homs, said he believed the main motive was revenge against the loyalist religious minorities.

Both activists spoke on condition of anonymity for fear of retaliation.

The Syrian government consistently blames “terror groups” for the killings, just as it blames the country’s turmoil in general on terrorists, denying there is a popular-based uprising. The regime says more than 2 000 members of the military and security forces have been killed in the past year, almost all of them in rebel attacks on checkpoints or convoys, or in gun battles.

The last time Syria saw any such major string of assassinations was in the late 1970s and early 1980s, when the Muslim Brotherhood waged a campaign of violence against Assad’s predecessor and father, Hafez Assad. One of the most notorious attacks came on June 16 1979, when gunmen killed dozens of cadets at Aleppo Artillery School in northern Syria. The dead were mostly Alawites, the sect to which the Assad family belongs.

Hafez Assad eventually responded with a three-week siege of the main Brotherhood stronghold, the city of Hama that levelled parts of the city. Amnesty International has estimated that 10 000 to 25 000 were killed in the Hama assault, and the Brotherhood was all but wiped out of the country.

An official with the main political umbrella group for the opposition, the Syrian National Council, said he didn’t believe that anyone in that organization or the Free Syrian Army was involved in the latest killings. Instead, he suggested, it reflects a growing extremism among rogue enemies of Assad.

“The longer it takes for an international intervention to contain the crisis, Syria is going to the unknown,” Sameer Nashar said. “Many local, regional and international forces will enter Syria and will find a good atmosphere for extremist cases.” — Sapa-AP