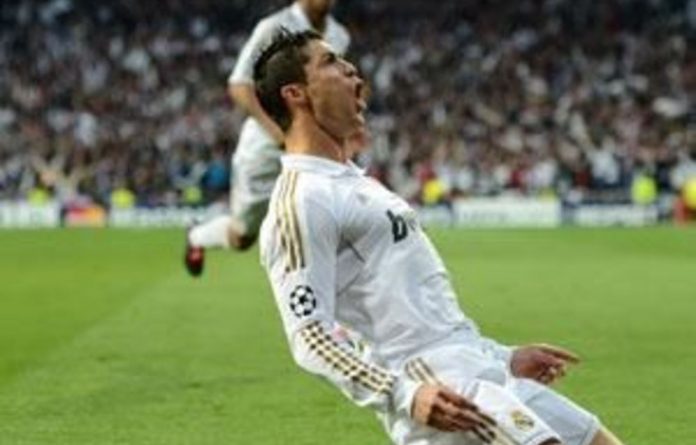 Bayern Munich beat Real Madrid 3-1 on penalties on Wednesday to secure its place against Chelsea in the Champions League final following a memorable contest between the long-time European rivals.

Cristiano Ronaldo looked to have put the home side on its way to the final with two early goals but just like its Spanish rival Barcelona the evening before, Madrid faltered and Arjen Robben’s 27th-minute penalty levelled the score over two legs at 3-3.

In the shootout, Manuel Neuer saved from Ronaldo and Kaka to put Bayern on course after it had scored its opening two kicks, but counterpart Iker Casillas denied Toni Kroos and Philipp Lahm to drag Madrid back into it.

After Xabi Alonso scored Madrid’s first, Sergio Ramos sent his shot high over the bar and Schweinsteiger sent his effort straight down the middle to ensure four-time champion Bayern will become the first team to play the final on its home ground.

The final is on May 19 at the Allianz Arena.

Defending champion Barcelona was knocked out by underdog Chelsea on Tuesday despite the London side being down to 10 men for most of the match. Barca star Lionel Messi missed a penalty early in the second half and left the Camp Nou pitch in tears.

Heads hanging
Some of Madrid’s players were also crying as they walked off with their heads hanging after coming so close to reaching their first final in 10 years.

“It’s a big blow for us. It was a very exciting game but penalties are always a lottery,” Casillas said. “We played well, but Bayern are a great team. We now have to concentrate on the league.”

Madrid’s 2-1 win over Barcelona at the weekend gave Jose Mourinho’s side a seven-point lead in the league with four games remaining but its wait for a first Champions League title since 2002 goes on.

The 20th meeting between Madrid and Bayern maintained a relentless pace in the first half.

Madrid charged out into an early lead after David Alaba handled when sliding to block Angel Di Maria’s cross. Ronaldo showed no jitters as he stepped up to drill the spot kick into the right of goal with goalkeeper Neuer guessing left.

Bayern could easily have cancelled out Ronaldo’s opener minutes later as Robben shot over with only Casillas to beat.

Ronaldo’s 10th goal of the tournament made it 2-0 following an excellent build-up that saw the Spanish leaders spread the ball around with Sami Khedira finding Mesut Oezil, who spotted a wide open Ronaldo outside the area to coolly pick his spot low and to the left.

While Madrid thrived off the break, Bayern’s reliance on possession and wingers Franck Ribery and Robben finally paid off in the 26th when Pepe was late to cover Mario Gomez, the Portugal centre back booked for bundling the Germany striker down as they chased a ball into the area.

Ronaldo and Karim Benzema continued to create problems for Bayern as Benzema curled around the far post after the half hour mark, while Neuer denied Ronaldo from long-range.

Casillas saved from Gomez moments later before capping an electric first half by diving to push Robben’s free kick from just outside the area wide.

The European heavyweights kept pushing forward in the second half but, with the stakes rising, neither wanted to expose itself and the chances dwindled, with Gomez heading wide before Neuer pushed Benzema’s shot out in the 56th.

Ronaldo couldn’t muster up much either as he tamely sent several free kicks straight at Neuer. Gomez wasted a golden opportunity for Bayern when he delayed his shot too long in the 86th, allowing Sergio Ramos and Khedira to smother the chance.

The tempo dipped dramatically in extra time, when Thomas Mueller replaced Ribery and Gonzalo Higuain came on for Benzema. Madrid conjured up a few more opportunities than its opponent with substitute Kaka misplaying a fine chance in the 112th.