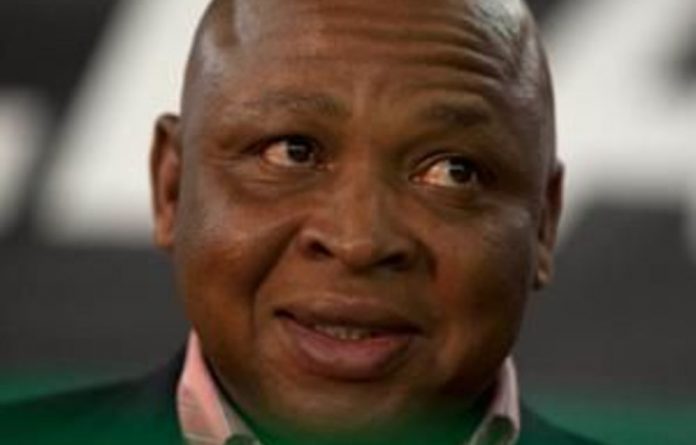 In another development, ANC senior officials this week dismissed reports that President Jacob Zuma would recall Mathale as premier, despite calls by ANC alliance partners in the province to do so.

ANC insiders familiar with Radebe’s report, presented to the ANC national working committee this week, said the task team was unable to find any evidence to support alleged irregularities raised by supporters of Deputy Arts and Culture Minister Joe Phaahla, who lost the position of chairperson to Mathale. Radebe’s report concluded that there was no need to reconvene the provincial conference, as had been suggested.

The Phaahla group apparently lost the battle after Philemon Falaza Mdaka, the chairperson of the ANC’s Vhembe region and believed to be the main complainant, distanced himself from the allegations. Mdaka is said to have told the task team he signed the document containing the alleged irregularities without reading it first.

Most of the complaints in the documents were similar to those raised at the December conference, which were dismissed by ANC chief whip Mathole Motshekga.

Key among them was that ANC provincial leaders relied on the voters’ registration and not the voters’ roll to establish the delegate’s eligibility to vote. Another complaint arose from the fact that the number of voting delegates did not tally with the total number of registered voters.

ANC provincial secretary Soviet Lekganyane said ANC leaders in the province had always maintained that all but four of the delegates were registered. “No one was refused the opportunity to register,” said Lekganyane. “This was a very peaceful conference, unlike some where people spent three days trying to sort out the issue of credentials.”

He said the party’s national executive committee was right to consider the complaints. “It does not mean that when a person is complaining they are right. We had about four reports from different ANC structures, which agreed that the elections were free and fair.”

Mathale’s supporters believe the decision to investigate the allegations was an attempt by some in the ANC to silence those trying to remove Zuma as ANC president in Mangaung in December.

Mathale, a close ally of expelled ANC Youth League president Julius Malema, is associated with those who are lobbying for ANC deputy president Kgalema Motlanthe to replace Zuma as party president and Fikile Mbalula to replace Gwede Mantashe as ­secretary general.

Mthembu also poured cold water on reports that Zuma was planning to recall Mathale as premier.

“I don’t know anything about that,” said Mthembu. “These are just rumours, spread by ghost sources. I am not aware of any move to recall Mathale and I never heard of such.”
Lekganyane said no one from Luthuli House, the ANC headquarters, had approached the provincial leadership about recalling Mathale.

“The reports are malicious,” he said. “We don’t expect that the ANC would communicate to us through the media. As of now the premier has not been told anything. I spoke to him yesterday.”