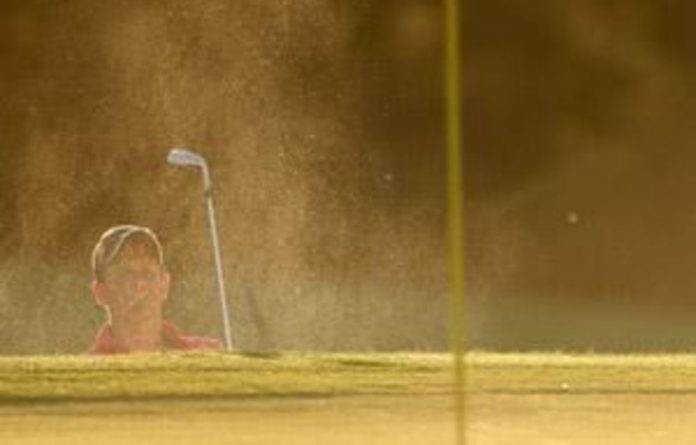 Predicting who will win the next major when San Francisco’s Olympic Club hosts the United States Open is no easy task. The time has passed, it appears, for champions to be instantly identifiable by their world ranking.

In the eras dominated by Seve Ballesteros, Nick Faldo and Tiger Woods, players endorsed their ranking by regular triumphs in the game’s biggest events. World ranking points did not exist when Arnold Palmer, Jack Nicklaus and Gary Player dominated, but the trio shone whenever a major came round.

The current world number one, Rory McIlroy, does have last year’s US Open title to his name, but those ranked two and three — Luke Donald and Lee Westwood — have yet to win their first major. Apart from McIlroy, recent champions have been ranked outside the world’s top 10.

Donald, who spent most of the past year at the top of the rankings before being deposed for a second time by McIlroy, refuses to be browbeaten by those who continually point to his major drought. But he disputes any suggestion that he has won enough elsewhere not to care.

“I’m my own worst critic,” Donald said. “I really want to win one and, you know, until I do it will be disappointing and frustrating. I’m not going to lie about that. I can’t really get sucked into what everyone else thinks. I think that’s where you get into a bit of a problem. Certainly, from my own standpoint, my own viewpoint, I want to win them.”

In this season’s first major, the Masters, Donald tied for 42nd after a rare display of sloppiness around the greens. Even so, such troubles were dwarfed by those of Westwood, whose poor putting cost at the very least a play-off place in Augusta. But Donald believes he is getting closer to making a breakthrough.

“Only in the last couple of years have I really figured out and started to win a bit more consistently outside of the majors, both on the PGA Tour and the European Tour.

“I’ve won five or six times in the last two years. I’m certainly feeling a lot more comfortable figuring out how to close out tournaments. Obviously, majors are the next step up. I feel like the more times I can put myself in contention and give myself opportunities, then it is going to happen.

“I just feel like if I keep doing what I’ve been doing, slowly but surely, I’m going to figure it out with the majors. It just comes with a little bit more experience and continuing to get myself into contention.”

It seemed fitting that Donald discussed such matters while he was looking ahead to next month’s BMW PGA Championship. It was in winning the European Tour’s flagship events last year that the Englishman became world number one for the first time — after defeating Westwood in a play-off.

“Lee was ranked number one and who better to take down than the number one player,” Donald says. “And he happened to be English and British as well. That made that one much more satisfying.
“I think any time you are number one there is a little bit more focus, a little bit more expectation. But I feel like I dealt with it pretty well. I held on to it for 40 weeks and I was winning tournaments during that period.”

Donald regards subsequent fluctuations as healthy rather than an indication of a lack of outstanding talent. “I think it’s an extra thing for the fans and the media to talk about,” he said.

“Before, there was little movement in the rankings and Tiger was so far ahead so no one really talked about it. When you look at golf now, there’s not one player really standing out specifically, like there was when Tiger Woods was playing at his best. “I think that’s a good thing. In the last 13 or 14 months there have been different winners — there’s not been many multiple winners on the PGA or European Tour.

Donald gains little advantage in the venues for this season’s remaining three majors. He competed at Royal Lytham & St Annes, which will host the Open, as an amateur, but has no playing experience whatsoever of the Olympic Club or Kiawah Island.

“Obviously, it’s nice to go to a place where you’re somewhat familiar,” Donald said. “My plan is to play each venue before the major and have some familiarity.
But sometimes not knowing where not to miss it and all that kind of stuff can be helpful. You go there with a little less expectation.

“Obviously, when I went to Augusta this year, having played there a bunch of times and coming off a win, my expectations were very high. I think going to places with a little bit less expectation is probably on the better side for me.”

Still, Donald is considerably more upbeat than his pronouncements might sound in these early days of the season. His eyes are most firmly fixed on the game’s key prizes. —

Donald, McIlroy steal the show in 2011