Divided they fall as storm gets worse 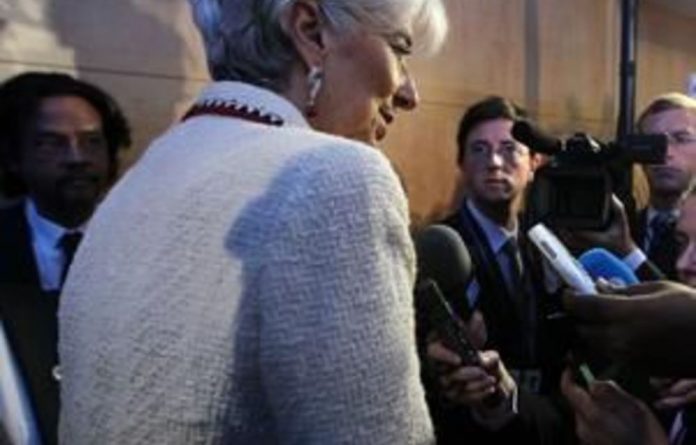 Those who watched Dominique Strauss-Kahn at the spring meeting of the International Monetary Fund a year ago say he played a blinder. Although he was to leave Washington under a cloud shortly afterwards, Strauss-Kahn impressed with his no-nonsense approach to his fellow Europeans.

The IMF’s managing director asked Jean-Claude Trichet, then president of the European Central Bank, and Christine Lagarde, at the time France’s finance minister, who they thought they were kidding when they insisted there was no problem in the eurozone.

A year on and not much has changed. Lagarde is now doing Strauss-Kahn’s old job at the IMF and perhaps has a better understanding of what he was on about. The fund has rattled the tin for contributions to a bigger firewall to cope with future crises and has got some, but not all, of its members to stump up. Greece has had a second bailout and the decisive action by the European Central Bank prevented a whole raft of eurozone banks from going belly up at the end of last year.

Like this time last year, the Europeans arrived in Washington for the half-yearly meeting of the IMF professing that all was well and the benefits of structural reforms would eventually become apparent in the members of the eurozone that needed to improve their competitiveness. Be patient, they said.

Few were convinced by this flannel. Indeed, there was not an awful lot of sympathy for the Europeans, particularly from the emerging world, which wondered why poor countries should be asked to contribute to a bailout fund for the world’s richest continent, particularly because they were simultaneously being told that the eurozone’s problems were behind it. Many also remember the hard line taken by the Europeans during the sovereign debt crises of the 1990s.

Yet there was concern as well as irritation. The global economy is still moving forward painfully slowly and there is a risk that contagion spreading from the eurozone could again halt this process.

The upward pressure on Spanish bond yields in recent weeks illustrates deep and lingering concerns about Europe’s problems. It was quite a shock for the markets last week to discover just how dependent Spanish banks were on the European Central Bank for funding and there is justifiable anxiety about the fragility that would be exposed by a fresh and highly probable fall in Spanish property prices.

What markets are looking for is a convincing story about how countries such as Italy and Spain, let alone Greece and Portugal, dig themselves out of the mess they are in. They have yet to get one.

Traditionally, the sort of structural adjustment programmes imposed by the IMF involve a big currency devaluation to make a country’s exports cheaper. Because this also makes imports dearer, the package includes domestic austerity to prevent the benefits of increased competitiveness being frittered away through higher inflation.

This remedy — the one that was used in the 1990s for Mexico and during the Asian crisis of 1997 to 1998 — is not available for countries inside the eurozone. But if devaluation is ruled out, sadly so are all the other possible cures: fiscal transfers or a willingness by Germany and the other rich countries of northern Europe to accept higher inflation than those in the south.

Instead, Greece, Portugal and Ireland are being forced to grind out improvements in competitiveness through austerity and structural reforms alone. This will take many years, and in the meantime slashing wages and pensions is killing the domestic economy.

This matters because markets are worried about rising levels of national debt as a proportion of national output. If national output goes down because of permanent recession, the debt to gross domestic-product ratio worsens and countries end up chasing their tails.

It is the sort of conundrum that would no doubt have tickled Lewis Carroll. Markets take fright at high budget deficits and rising debt levels and demand severe belt tightening. When the belt tightening has the desired effects, markets demand to know where the growth is going to come from.

There was not the remotest suggestion in Washington last week that anybody knows how to solve this conundrum. Lagarde talked airily about developing a ‘more and better Europe”, but lacked a convincing explanation for how this would come about. The IMF supports common eurobonds that would take the pressure off the weaker nations and would like money to be channelled directly into eurozone banks from Europe’s bailout fund, rather than the money needing to go to sovereign states first. Both ideas are strongly resisted by the Germans.

The danger, therefore, is that the time bought by the European Central Bank’s emergency action is wasted. The economic data from Italy and Spain over the coming quarters is almost certain to be abysmal, and pressure from the financial markets is likely to intensify despite the fact that both the eurozone and the IMF now have bigger firewalls. Both Lagarde and the United Kingdom’s finance minister, George Osborne, noted last week that the firewalls on their own will not be sufficient to end the crisis.

The comparison with three years ago, when the newly created G20 met in London, could hardly be starker. At that time, there was collective action to ease both monetary and fiscal policy to prevent a second Great Depression.

That mood of unity quickly dissipated, however. As a tentative recovery began, countries started to go their own way, fears about the debts incurred in the fight against recession surfaced and orthodox thinking returned.

The G20 is now a shadow of what it was designed to be — it is both toothless and divided. The only sign of collective action is in Europe, obsessed as it is with austerity. There is no sign of a credible and coherent plan to boost employment and growth, and thus no compelling narrative for the markets.

In the end, the expectation is that Germany’s commitment to the European project will prove so unbreakable that it will swallow its doubts about fiscal transfers, eurobonds and direct lending to troubled banks. Eventually, Germany may be forced to become the equivalent of an IMF for Europe, providing the money for bailouts in return for structural change.

For this to occur, though, there will need to be a real threat that the single currency will break up. The crisis would have to get worse through a combination of stupidity and complacency. As things stand, that is precisely what is going to happen. —