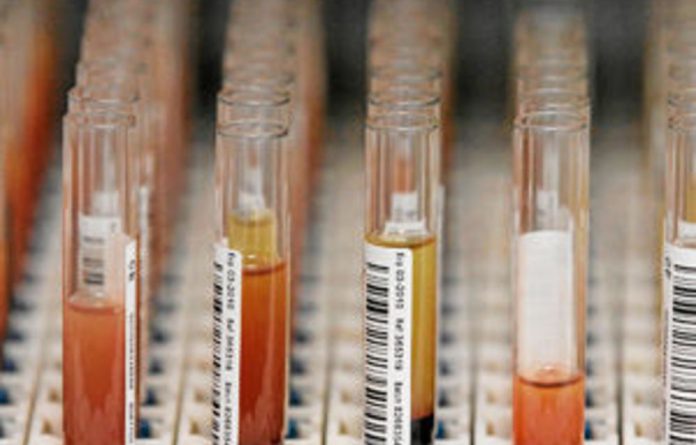 Three years ago, Theo Dingermann, a professor of pharmaceutical biology at Goethe University in Frankfurt, sent a glob of spit to the United States. For $200, a company there sequenced part of his genome using DNA from his cheek cells. The test revealed that if he ever took the cholesterol-lowering drugs statins, they would have little effect. In fact, they might harm him.

“I am healthy at the moment, but if I took statins there is a risk I would get muscle pain,” he said.

Statins work through the blood, coursing through the body until they reach the liver. Here, they pass through a door, known as a carrier, which takes them from the blood into the liver, where they lower cholesterol production. Dingermann’s genetic test showed that he had fewer carriers than usual, which means that statins could stay in his bloodstream and start harmfully reducing the cholesterol in his muscles instead.

Realising that he might have to live without these artificial cholesterol-busters, he decided to get healthy. “I lost some kilos and started running. Last year, I jogged 1 400km.”

Intolerance for a drug is something most people learn about themselves only after it is prescribed. “There are some tumour drugs for certain cancers to which 70% of the population will not respond. In the case of some asthma drugs, it is 40%,” said Dingermann, who has been researching the topic for the past four years. His source is a 2001 article published in the journal Trends in Molecular Medicine, which also stated that antidepressants were ineffective for 38% of people, diabetes drugs for 43%, arthritis drugs for 50% and Alzheimer’s drugs for as many as 70%.

Ann Daly, a professor of pharmacogenetics at Newcastle University medical school, said these rates were difficult to verify. Some people, for instance, do not take the medicines they are prescribed. But, for a very small minority, the consequences of taking their medication are dire. A paper in the Journal of the American Medical Association in 1998 estimated that adverse drug reactions ranked between the fourth and sixth biggest killers in the US. “Medical practice hasn’t changed all that much since this paper appeared. Adverse drug reactions remain a big killer in Europe as well as in the US,” Daly said.

Medicine development
Part of the problem lies in how medicines are developed. Clinical trials deliberately ignore a patient’s background and genetics so they can avoid bias. But this in turn means that, as long as a drug works well for most people, doctors will prescribe it to everyone with that condition. “Such a study doesn’t tell you how a particular patient responds to a drug. Some people have a personal biochemistry which means it does not work at all,” said Dingermann.

The tiny risk of side effects is something we accept almost every time we swallow a pill, but Dingermann argues that it is one we no longer need to live with. If everyone had their genomes analysed the way he did and if medical trials included patients’ genetic backgrounds, they could steer clear of the drugs that did not suit them, he said. He has been urging governments and health insurance companies to adopt widespread genetic testing in a kind of personalised medicine that could save millions in unnecessary medical bills.

Scientists are beginning to back the idea with greater force. A report in January 2012 by the Human Genomics Strategy Group, which advises the British government, laid out a vision for the British National Health Service in 2020 that included using patients’ genetic profiles to avoid drugs that could harm them. The group’s chair, Sir John Bell, a former president of the Academy of Medical Sciences, said a national DNA database might be needed in the future.

One successful example of genetic testing is the HIV and Aids drug Abacavir. “About 1% to 2% of people develop a severe, allergic-type reaction to it and for them it can be life-threatening,” said Daly. Studies have shown that this reaction is linked to a specific set of genes and therefore, since about 2008, doctors have been advised to screen patients before prescribing Abacavir.

Scientists are developing similar tests for the blood thinner Warfarin, which is already carefully dosed but can cause severe bleeding in up to 5% of patients. There were also “more and more genetic tests on tumours”, said Geoff Tucker, emeritus professor of clinical pharmacology at the University of Sheffield. “In cancer therapy, the application of genetic testing has been very successful.”

Genetic screening?
But he is sceptical that genetic screening will be rolled out across the entire population any time soon. “The reasons that people do not respond to drugs are more than genetic,” Tucker said. He suggested a possible alternative might be to put a variety of indicators, including age, weight, diet and environmental factors, as well as genetics, into software that could determine how much a patient’s dose of a drug had to be.

Research linking genes to drug intolerance “is only halfway there”, said Daly. “Not to mention, if you wanted to screen everybody, that would be expensive and require a big infrastructure.”

Keeping this kind of personal information also raises privacy issues. Where they exist, DNA banks are kept under strict controls, but with widespread databases and weaker security, genetic data could be used to discriminate against people based on their genetic traits. Insurers, for instance, might raise premiums for patients with a higher susceptibility to heart disease.

But Daly admits that, as the cost of genetic testing plummets, it may become a bigger issue. Like Dingermann, more people could simply start paying to have their spit checked. —

What would you do if your loved one’s body was stuck in a mortuary and you couldn’t bury them?