Get them while they are young 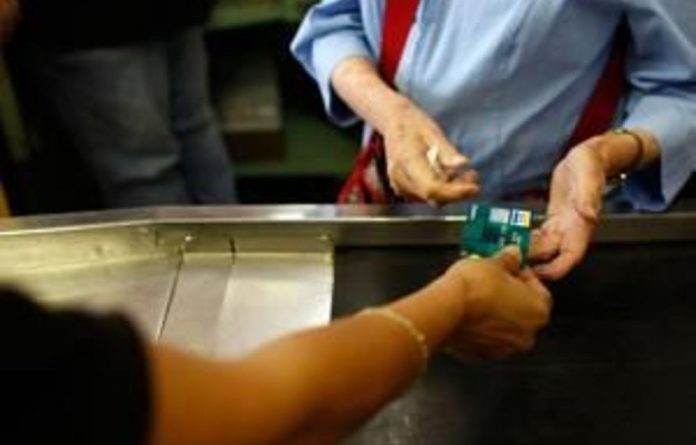 South Africa has one of the lowest savings rates in the world. Nearly half of all credit-active South Africans have fallen behind in repayments and only 6% of South Africans are expected to retire comfortably. It would not be an exaggeration to say that it is a national imperative to improve the financial literacy of our population and change our financial behaviour.

This week the United States held its 10th annual Money Smart Week in Chicago, which provides access to financial education for all ages and income groups through more than 500 free events across the city.

Part of the event was the Financial Literacy and Education Summit hosted by the Federal Reserve Bank of Chicago and Visa, which shared the experiences of financial literacy programmes across the world.

The one message every speaker presented without fail is that if you want to change the way people manage money, you have to get them when they are young. Financial education has to start at primary school, because children need to learn about money before the bad habits are entrenched. Reaching young children also has the advantage of reaching their parents, as has already been found by the environmental movement. Teaching children to be “green” is the best way to get households to make “green” choices. If children start asking their parents about their financial habits, they are more likely to adjust their behaviour.

Financial literacy in primary
In Columbia the government is moving financial literacy programmes into primary schools, not through textbooks but through contests such as an annual essay competition. Dario Uribe, governor general of Banco de la Republica-Colombia, said each year it received about 2 500 essays from primary schoolchildren across the country. “We receive essays from schools in the middle of a jungle — everyone participates,” said Uribe.

In the US, Visa has partnered with Marvel to produce comic books in which superheroes learn about money while saving the world. They have also developed a financial football video game in which children have to get the answers correct for their team to score.

Gail Hillebrand of the US Consumer Financial Protection Bureau said simple messages at a young age had a far more positive effect on behaviour than educating adults on more complicated financial issues. “It is more important to start young than to explain compound interest,” said Hillebrand.

One of the most interesting studies on financial literacy came from William Walstead, professor of economics at the University of Nebraska-Lincoln. His study found that confidence in financial knowledge had a greater influence on financial behaviour than actual financial knowledge. His study found that people who rated their knowledge at a higher level than their actual test results exhibited better financial behaviour than people with higher actual scores who rated themselves poorly. This could be because people who were not confident were less likely to ask questions or take action. His findings suggest that, in terms of financial education, more emphasis needs to be placed on building confidence than on providing information.

Simple info
Experience across all the countries found that people were far more receptive to financial education if the messages were kept simple. Too much information intimidated people and messages such as “never spend more than you earn” or “don’t borrow without a plan” tended to have more influence on initiating positive financial behaviour. The confidence issue also reinforced the findings that financial education needed to be introduced at an early age so that children grew up confident.

Hillebrand said limiting choices and providing savings as a default position had a positive effect on individuals’ savings rates. For example, in the US employees now have to opt out of a pension fund rather than opt in. People tend to suffer from inertia and will simply go with the default option, which has resulted in a significant increase in the number of people with pension plans. They also introduced automatic escalations so that, for example, an employee agrees upfront for half of their salary increase to go towards savings. Hillebrand said people were more likely to commit to savings before they had the money and were used to living on less.

Although technology was being used effectively as an education tool through websites and financial apps for iPads and iPhones, Hillebrand said “technology alone will never be enough — it cannot replace the human touch”.

This introduces an interesting challenge. Many financial institutions are increasingly turning to technology and websites to educate their consumers, but people are far less likely to take action after engaging with a website than they are after engaging with a person. But the personal touch costs money and increases the cost of financial services.

Hillebrand said financial media played a major role in bridging that gap as specialist columnists drew a large following and were regarded as a more personal and trusted voice.

Caryn Kaiser, general manager of Chase Blueprint, a debt counselling service for people who are over-indebted on their credit cards, found that their success rate for the number of people who signed up and paid off their debt had increased significantly since they deployed 7500 advisers. They spent about 10 minutes on the phone with customers discussing why they needed help.

Maya Fisher-French was a guest of Visa

​The psychology of successful saving

Fund employs financial literacy as an instrument of transformation