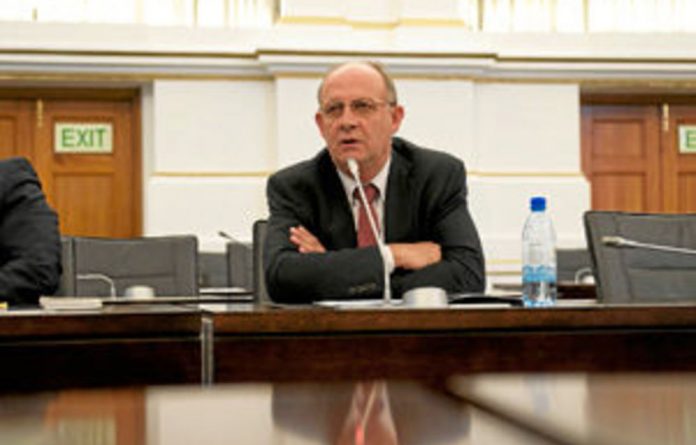 Hawks head Anwa Dramat was listening attentively to the public hearings in Parliament on the South African Police Service Amendment Bill, but like everyone else he must have been waiting for the headline act.

The assembled gathering was anticipating the appearance of grey-haired lobbyist Hugh Glenister. His lonely campaign to fight against the disbandment of the directorate of special operations, which became known as the Scorpions, has captured the public’s attention over the years.

Although Glenister might have lost his legal battle to save the Scorpions, a unit that achieved a conviction rate of more than 90% and pursued many high-profile cases, it had other, unexpected consequences.

His application to the Constitutional Court resulted in a ruling last year that sections of the Act that disbanded the Scorpions and created the directorate for priority crime investigation, known as the Hawks, were inconsistent with the Constitution.

The Constitutional Court ordered that chapter 6A of the South African Police Service Act of 1995 be sent back to Parliament until it had been rectified. The order of constitutional invalidity was suspended for 18 months.

And so Glenister was given an opportunity this week to make a personal appeal to members of the parliamentary portfolio committee on police.

“We are all on the same side,” he said. “I have heard some startling things about private and public ­sector corruption. But corruption is corruption. We look to you [the MPs] as the people who would lead us in this fight.”

Glenister said that corruption occurred because opportunities were created for it to flourish. “You are making us cry. Lead us forward, so we can believe that you represent our check against the executive.”

His legal representative, Paul Hoffman, who is director of the Institute for Accountability in Southern Africa, told the committee that his client had already told him that he would challenge the Bill if an acceptable solution was not found.

“We are not making threats, just stating a fact,” said Hoffman. “We accept that everybody on the committee is against corruption and that you want to come up with a constitutionally viable solution.”

It was in the interest of every member of the committee, as well as society as a whole, to see what could be done to deal with the scourge of corruption, said Hoffman. And it was “inappropriate” to house the Hawks in the South African Police Service, he said, using the organisation’s recent history by way of illustration.

“National police commissioners [have not had] a good track record in the past few years,” Hoffman told the committee.

Police commissioners’ bad reputations
He cited the case of former police commissioner Jackie Selebi, who is in jail for 15 years on charges of corruption, adding that incumbent Bheki Cele was awaiting the verdict of a board of inquiry set up to investigate the police lease scandal.

“You have to get real about what is going on in this country. It is not all right to leave this anticorruption body inside the police.”

“The heart of the matter is that the court said there has to be sufficient independence to keep this body at arm’s length from potential political interference,” De Vos said.

Trying to retain the Hawks within police hierarchy and structures and at the same time make the unit independent would be difficult, if not impossible, he said.

De Vos proposed that making it a criminal offence for anyone to interfere with or stop an investigation could go some way towards giving the Hawks independence.

As the Bill stands, there was the potential for political involvement in the appointment of the director of the Hawks, he said, and there was no protection for the dismissal of members of the Hawks.

And, crucially, there were no proactive mechanisms to protect members of the Hawks from political pressure.