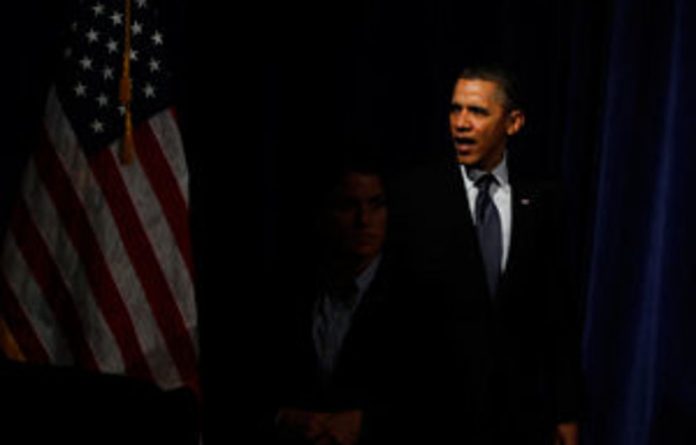 Earlier this month several United States secret service agents and military personnel were embroiled in a scandal with Colombian sex workers. More than 20 have so far been implicated in the scandal after local police intervened in a dispute between an agent and an escort. She said he had agreed to pay her $800 for the night; he offered her only $30. She eventually left the hotel after being paid $225.

President Barack Obama made his anger known. “When we travel to another country,” he said, “I expect us to observe the highest standards.”

The agents had been making preparations for the Summit of the Americas, which took place earlier this month. The summit failed to produce a declaration after the US and Canada refused to admit Cuba against the entreaties of even right-wing allies in the region.

“I and the American people will welcome a time when the Cuban people have the freedom to live their lives, choose their leaders and fully participate in this global economy and international institutions,” said Obama. “We haven’t got there yet.”

There is an area of Cuba where the US has full control and could showcase these values if it so wished. It is called Guantanamo Bay. Instead it remains a global embarrassment. On the stump, Obama described the prison there as “a tremendous recruiting tool for al-Qaeda”, insisting it had “damaged our national interests”. Shortly before taking office, he said: “As president, I refuse to allow this problem to fester. Our security interests won’t permit it. Our courts won’t allow it. And neither should our conscience.” Yet fester it does. Last year, the president signed an executive order that effectively creates a formal system of indefinite detention there.

Disregarding human standards
One can only account for so many isolated incidents before it becomes necessary to start dealing with a pattern. The fact is that when Americans travel abroad to serve their country they have a record of not observing even the most basic human standards. The problem here is not with Americans per se, but with military might, global economic pretensions and the skirmishes and occupations that inevitably accompany them. The French, Belgians and British were no more humane or less hypocritical in the administration of their colonies, including in Kenya, where Obama’s grandfather was tortured by the British.

The issue is also not that US foreign policy is designed to serve US interests — that is the nature of every country’s foreign policy, but that its policy lies in such sharp contradiction to its rhetoric and its practice so clearly undermines its national interests.

Take Afghanistan. Five days after revelations about the secret service in Colombia surfaced, the Los Angeles Times published photographs of US marines posing with the mangled corpses of Afghan insurgents. One featured the unofficial platoon patch, “Zombie hunter”, over the remains of someone who had blown themselves up accidentally.

This “most certainly does not represent the character and the professionalism of the great majority of our troops in Afghanistan”, said Captain John Kirby, a spokesperson for the Pentagon, which pressured the LA Times not to release the photos. This incident, which occurred two years ago, should not be confused with the professionalism of the marines videoed urinating on Afghan corpses or the sergeant who ran amok in two Afghan villages, leaving 17 civilians dead.

These contradictions are not new. In June 1964 President Lyndon Johnson told the Greek ambassador to Washington: “Fuck your Parliament and your Constitution … We pay a lot of good American dollars to the Greeks, Mr Ambassador. If your prime minister gives me talk about democracy, Parliament and Constitution, he, his Parliament and his Constitution may not last long …” Within three years Greece was under a brutal military junta backed by the US from which it did not emerge for a decade.

False promises
What is different now is that significant hope abroad was invested in Obama to both repair the US’ international reputation and reorient its policies — and there has been precious little return. “The diplomatic historian traces foreign affairs as if domestic affairs were offstage disturbances,” writes Walter Karp in his book The Politics of War.

“The historian of domestic politics treats the explosions of war as if they were offstage disturbances. Were that true, we would have to believe that presidents who faced a mounting sea of troubles at home have nonetheless conducted their foreign policy without the slightest regard for those troubles — that individual presidents were divided into watertight compartments, one labelled ‘domestic’ and the other ‘foreign’.”

Abroad, as at home, Obama is coasting to the end of his first term on a wave of disappointment. A recent Gallup poll shows US global standing still holding up far better than it ever did under Bush. But it is softening considerably, particularly in Africa and the Americas, as the promise of those early years gives way to his record. On the doorstep, where the presidential race is tightening, as on the international stage, where goodwill is waning, the response is the same: better than the rest is a long way from good enough. —