Malaria: A sinister turn for the worse 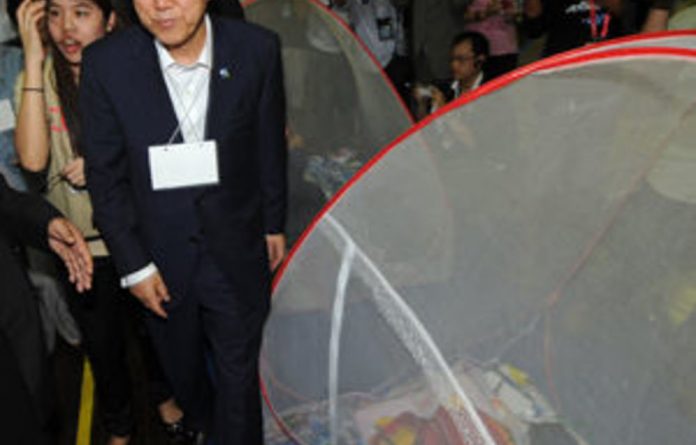 The fight against malaria has just taken a step backwards. As has been widely reported, new drugs that not so long ago were considered to be the most powerful weapons in the anti-malaria arsenal are fast losing their efficacy.

In various parts of southeast Asia, doctors are seeing an increasing resistance among malaria parasites. It is feared that unless there is some major intervention, the drugs could stop working altogether.

The cause is believed to lie in a combination of issues: monotherapy, which is the use of single drugs as opposed to the more effective multi-drug therapies, and something far more sinister — the proliferation of substandard, counterfeit anti-malaria drugs that have flooded Asia over the past few years.

Almost one third affected
Malaria occurs in 90 countries, which is a significant decrease in the 140 affected countries in the 1950s. It threatens about 1.62-billion people, or 29% of the world’s population.

In sub-Saharan Africa, the most common strain of malaria is ­falciparum malaria. Of the four main human malaria species of the parasite, it is by far the most dangerous because it can be fatal in up to 20% of those infected. The associated statistics make for depressing reading. Each year, throughout the world, there are more than 300-million clinical cases of malaria, which is five times more than all the cases of TB, HIV/Aids, measles and leprosy combined.

According to the malaria research programme of the Medical Research Council of South Africa, malaria kills more than one million people each year. Most of the victims are children under the age of five and an estimated 900 000 victims are from sub-Saharan Africa. In fact, malaria is responsible for one out of every four childhood deaths on the continent.

The same source also claims that women are four times more likely to get sick and twice as likely to die from malaria if they are pregnant.

Severe anaemia
So what kind of physiological damage does this potentially fatal illness inflict? When the malaria parasite gets into the bloodstream, the destruction it causes to red blood cells leads to severe anaemia. With the red blood cells not functioning as they should, they are unable to carry enough oxygen around the body, which leaves the patient feeling weak, drowsy and faint.

In about 3% of malaria cases, the parasitised red blood cells adhere to the endothelial cell walls, causing blockages in the small blood vessels leading to the brain and obstructing the blood flow, which prevents oxygen getting to the brain. Known as cerebral malaria, it can cause the brain to swell, or result in bleeding owing the brain tissue, which can lead to changes in mental status, seizure, comas and death. The exact pathogenesis of cerebral malaria is still uncertain.

Complications
Other complications of severe malaria include breathing difficulties caused by a build-up of fluid in the lungs (pulmonary oedema), liver failure, kidney failure and consequent electrolyte dysfunction, a sudden drop in blood volume as a result of haemolysis, spontaneous bleeding due to low blood-platelet count and swelling and possible rupture of the spleen.

These complications can appear within hours or days of the first flu-like symptoms, which can begin 21 days or more after the infecting mosquito bite.

What does it take to lessen the threat of malaria parasite resistance? Over the years, the war against malaria has experienced setbacks and gains. The disease quickly rebounded after the mass spraying of insecticides such as DDT — dichlorodiphenyltrichloroethane — was banned in the 1960s. Single-drug therapies such as chloroquine, which was once hailed as a wonder drug, are fast losing their efficacy.

The malaria research programme says the epidemic can be reduced with co-ordinated interventions. Obviously, bringing unscrupulous makers of counterfeit drugs to book will also go a long way towards improving the situation.