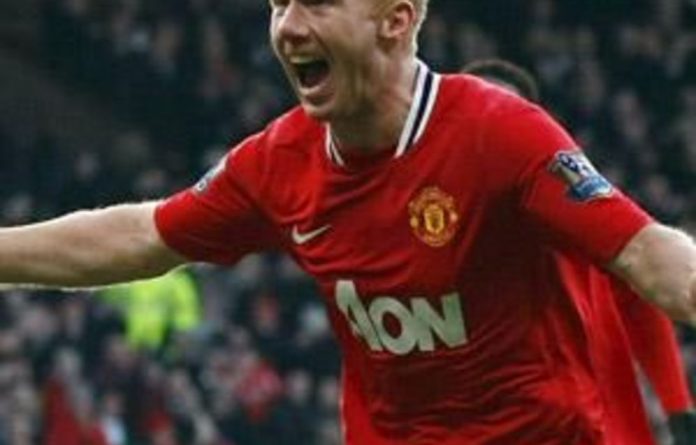 A local contest may grip the country. The derby between the two Manchester clubs on Monday will be intriguing and not merely because the Etihad Stadium fixture may go far towards deciding the outcome of the Premier League title. United hold a three-point lead after their 4-4 draw against Everton and City’s laboured victory against Wolverhampton Wanderers, but neither side has a genuine air of command.

United’s frailties could not be concealed even within the stronghold of Old Trafford. The difficulties encountered against Everton were sobering for Sir Alex Ferguson as there was no grip on events. The realities of life and sport flooded into the ground, despite the skill with which the manager counters such trouble.

It no longer looked a masterstroke that Paul Scholes should be reinstated. Ferguson’s judgment that another veteran, Ryan Giggs, ought not to be sent on from the bench was an acknowledgment, too, of the energy with which Marouane Fellaini and Phil Neville flooded the midfield for the visitors.

If any neutrals are interested by the struggle between the clubs, it will not be because they are awestruck by the calibre of play. Chelsea are defying the trend by going far in the Champions League and the European competitions have other-wise delivered a severe verdict. Basel eliminated United from the Champions League and Ferguson’s team was then overwhelmed by a dynamic and deadly Athletic Bilbao in the Europa League.

City’s removal was not so resounding, yet they too finished third in their Champions League group before going out of the Europa League to Sporting Lisbon. It did take the away rules goal to dispose of Roberto Mancini’s side but it was still sobering to realise how much remains to be accomplished despite the sums spent.

There is an air of decline at City after the exuberance shown in the 6-1 rout of United in October. That result seems a mental barrier to the victors, who have to ask why up until only recently such élan seemed inaccessible to them.

These clubs can present a grave trouble to the opposition but they are also a trial to themselves. Though United’s grip on their status is no longer so secure, City’s efforts to scale the heights is laboured.

Ferguson has a wealth of experience and his counterpart at the Etihad has wealth itself. For the moment neither man is able to take command by drawing on those resources. The contest ahead has the tone of a local affair in some regards.

One absentee is sorely missed both for his talent and the glamour that accompanies it. United had to part with Cristiano Ronaldo, with no pretence made that a bid would be made for an equivalent player should such a luminary be on the market.

It is impossible to forget Ronaldo because he cannot be replaced and, in any case, is highly visible. Real Madrid’s lead had been narrowing in La Liga but there was no hint of pragmatism from José Mourinho’s side at Barcelona on Saturday. Ronaldo’s winner from an angle on the right was as deft as it was deadly.

It would be unrealistic to demand such expansiveness in the Premier League, but the pursuit of honours ought to leave scope for flair. Neutrals watching City’s win at Molineux on Sunday must have been dismayed. The play was so nerve-racked that elation came with the second goal.

That was understandable, but it should be appreciated that shipping two goals was a faint improvement on the average of just under 2.4 conceded at home in the League by now relegated Wolves.

The explanation that City, who have not been champions of England since 1968, are on tenterhooks is plausible, but that, in turn, says little for Mancini’s attempts to soothe and inspire his men so that zest floods through them once more. It verges on the ridiculous that minds so often turn to David Silva, a creator much diminished by fatigue or nagging injury.

City piled up 15 goals in their opening four league games this season. Nonetheless the self-imposed exile of Carlos Tevez that saw him go from September to March without making an appearance in the side did harm and increased the strain on Mancini. No wonder the flowing style congealed.

There are players at both City and United with much to offer but that does not disguise a broader truth. The leading English clubs are all searching for some degree of regeneration that will put them among the elite. For the time being it is well out of reach. —