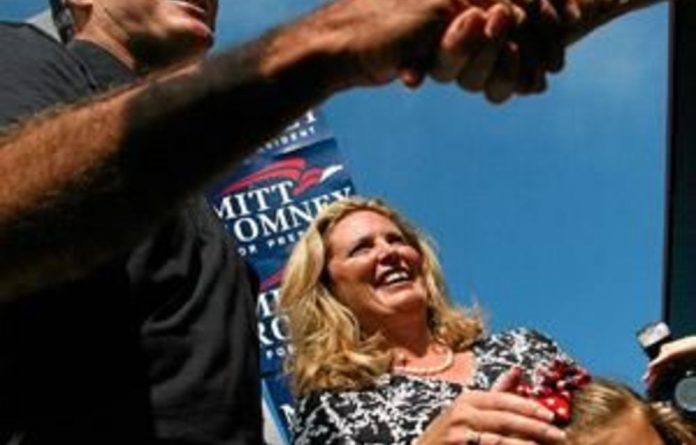 I am, the last time I checked, a woman. Yet, despite having the general physical attributes of a female, it seems I am ­lacking one central gene that is absolutely crucial to being a woman: a desire to fight with other women.

Of course, I have heard many variations on that boring cliché about how all women secretly hate one another, but I thought it was just that: a cliché, the kind of thing some people might like to think is true, but nobody actually believes really is. But in the past week in the United States a political campaign and media strategy were launched, both predicated on the idea that women like nothing better than ripping the shizzle out of one another.

Setting the tone for what was always going to be a disheartening presidential campaign, a virtual tempest erupted last week when President Barack Obama announced that all mothers were stupid and lazy. That is not what happened at all, although you would have thought it had by the end of the first day of the news cycle.

Rather, a woman called Hilary Rosen, who has nothing whatsoever to do with Obama, was discussing Mitt Romney on CNN: “Mitt Romney [is] running around the country saying: ‘My wife tells me that what women really care about are economic issues …’ Guess what? His wife has actually never worked a day in her life.”

Well, the merde hit the US media air-conditioning system. Politicians of every stripe fell over themselves to say how being a mother is the most important job of all (not that anyone is promising mothers a salary, healthcare, paid holidays or any of the other benefits one usually gets with a job).

It was one of those classic political storms in which everyone states the obvious but misses the point. As Ann Romney intoned: “All of us need to respect the choices women make.” (Not that this includes choices about abortion and contraception, according to the Romney campaign.) That, of course, was precisely what Rosen meant: Ann Romney had a choice whether she would work outside the home or not. Most women do not have that luxury. According to the latest US Census Bureau report, 65% of mothers who stay at home live in households earning less than $75 000 a year, so Ann Romney, whose husband has $250-million in the bank, is not exactly representative. Moreover, the only stay-at-home mothers Mitt Romney deifies are wealthy ones.

He writes in his book, No Apology: “Welfare … conditions the children of nonworking parents to an indolent, unproductive life.” Yet Romney seized on this moment in the hope it would improve the Republican Party’s standing with women. According to a recent ABC-Washington Post poll, Obama is ahead of Romney among women by 19% and the way the Romney campaign is trying to rectify this is by attempting to restart “the mommy wars”, a media coinage from the 1990s about the alleged rivalry between working and stay-at-home mothers and something that I, personally, have never seen outside of a Sarah Jessica Parker comedy.

By encouraging women to fight among themselves, they are presumably hoping to distract from the fact that so many of their policies are profoundly unhelpful — to both women and men. Because despite what the Republican Party thinks it is doing, this is not a gender issue, or even a cultural issue, it is a class issue.

Now we turn from the political to the pathetic. It appears the US media are just as fond as Paul Dacre, the editor of the London Daily Mail, is of encouraging women to humiliate themselves in print to troll female readers. The Atlantic has developed quite a taste for this, with articles such as Lori Gottlieb’s “Marry Him!”, Kate Bolick’s “All the Single Women” and another one planned for the summer. But it was beaten by Newsweek this week, which had a laughably ridiculous cover story about the alleged incompatibility of some women’s interest in sadomasochism and the existence of feminism.

This is all pure nonsense conjured up by cynical editors to get women readers to argue among themselves and distract them from the paucity of what else the magazine has to offer. It is a tactic pretty much identical to the one used by the Republican Party. And in both cases it says a lot more about those who employ it than the gender at which it is aimed. —