Ruling on journo’s sources a victory for media freedom 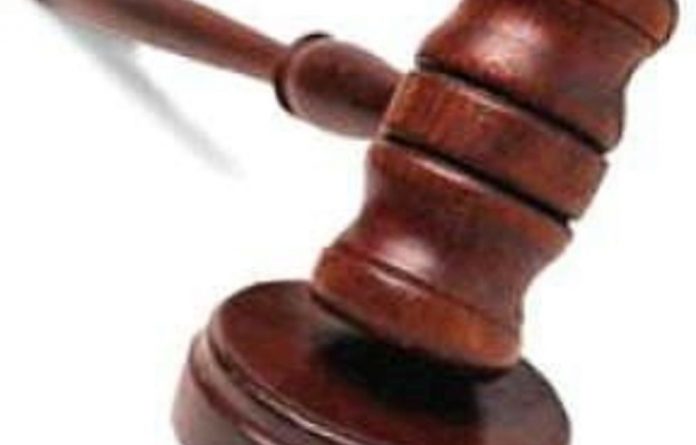 The Mail & Guardian has won a landmark case for media freedom after a judge ruled that journalists are not obliged to reveal their sources.

In his ruling against Bosasa in the South Gauteng High Court in Johannesburg on Friday morning, Judge Moroa Tsoka established a legal precedent for journalists not revealing their sources.

The case pitted Bosasa against the M&G and investigative reporter Adriaan Basson for allegations of defamation by the former towards Bosasa. This ruling came as part of the pretrial, or interlocutory phase, where Bosasa was asking the newspaper to reveal its sources.

The case stems from an article written by Basson on May 22 2009, which stated that Bosasa had won a number of multimillion-rand tenders through corrupt practices with the department of correctional services.

The M&G published a series of stories based on tender documents it had gained exclusive access to, before they were publicly advertised.

‘Corrupt relationship’
Bosasa decided to sue the M&G and Basson for defamation for the line: “the corrupt relationship between facilities management company Bosasa and the department of correctional services”.

As part of the discovery procedure — where both parties ask each other for information to build their cases — the company had asked M&G for any information it thought was pertinent to the case. This was done, but with sections blacked out to protect the identity of sources.

Bosasa objected to this and asked for full transcripts with the source’s names revealed. In their heads of argument — where each side puts forward their case — they said confidential sources can be used to promote hidden agendas, disseminate propaganda or disguise lazy reporting.

Jeremy Gauntlett, acting for Bosasa, argued that the media could not ask for “press exceptionalism” and claim absolute privilege to protect the identity of its sources.

Civic duty
He lauded the revelation of information by sources as a “civic duty expected of every citizen in a democratic society”.

He also said that if freedom of the press is fundamental to democracy, “it is essential that in carrying out this public duty for the public good, the identity of their sources should not be revealed”.

“This essential and critical role of the media, which is more pronounced in our nascent democracy, founded on openness, where corruption has become cancerous, needs to be fostered rather than denuded,” he said.

Judge Tsoka dismissed the application with costs, including the cost of two counsel.

Nic Dawes, M&G‘s editor in chief, said the victory is “important because it establishes a precedent” which to defend one of the basic aspects of journalism — the ability to protect sources. “Without source protection there wouldn’t be any good investigative journalism,” he said.

Basson said he was “delighted” at the judgment, which “confirms the obligation of investigative journalists to protect our sources”. He also welcomed the fact that the judgment has “told Bosasa to back off from finding out who my sources are, and rather focus on the content of my articles”.

“What a great way to start Freedom weekend!,” he said.

Had the judgment gone the other way, it would have had a “chilling effect on quality investigative journalism”, he said.

“Judge Tsoka has ensured that journalists who in good faith and for good cause promise not to reveal the identity of their sources will receive the court’s assistance in keeping that promise,” he said.

Bosasa first became involved in South Africa’s prisons in 2004 when it won a tender to provide catering services. Beeld first reported in 2006 that the company had been involved in drafting tender documents, which gave it a huge advantage when it came to winning these tenders.

Later in 2006 the Public Service Commission and the office of the auditor general referred specific allegations relating to improper behaviour with regard to contracts awarded to Bosasa to the Special Investigating Unit.

Its investigation focused on tenders for the supply of catering, fencing, security services and televisions. Bosasa later sought to interdict the unit from continuing its investigation.

This investigation was completed in mid-2010 and a report was handed to the National Prosecuting Authority for further investigation into matters that might result in criminal charges.

Basson started his own investigations in 2006. — Additional reporting by Faranaaz Parker