The Boss blows hot and old 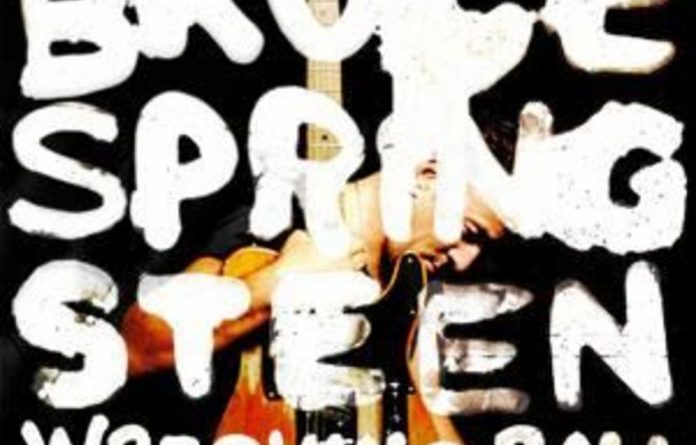 A friend of mine who knows a thing or two about music has a great response to a live band playing songs in a way that appeals to an audience’s tastes rather than honestly expressing the musicians’ lives and thoughts. Countless times I have witnessed him yelling out at a gig: “Play it like you mean it!” Humorous? Yes, it is. Poignant? That, too.

I always thought that my friend’s put-down was salient, something many musicians should take cognisance of. Over the past month I have been listening to the new Bruce Springsteen album, Wrecking Ball (Sony), and my friend’s words have been constantly roaming around in my head.

The prepublicity talked about a return to form for Springsteen. The Boss was back and he was pissed off; Springsteen was ready to kick butt and name names — and he had an album of protest music to seal the deal. That was the sales pitch. It is no wonder that excitement had reached fever pitch.

The last time Springsteen made a full-bodied rock album to address the nation it was the limp and ­tedious The Rising, an album born out of the September 11 terrorist attacks. It is rumoured that Springsteen got the inspiration for it a few days after the attacks when a stranger in a car stopped next to him, rolled down his car window and said: “We need you now.”

Springsteen, being the Boss, responded, but maybe that is just the problem. Maybe Springsteen needs to stop trying to be the all-American boy. Maybe he needs to let go of the idea that he is a spokesperson for his generation. Lord knows, Bob Dylan was smart enough to destroy those expectations.

A rock resurrection
The Rising was Springsteen’s first album in 18 years with the E Street Band. Not since Born in the USA had the Boss reconvened his powerful band. Of late, Springsteen has been working with the E Street Band more regularly. There was 2007’s delightful Magic and, although his new album may not be an E-Street Band album technically, at least six members of the band appear on the album and the band is currently touring the album with the Boss.

But back to my point, the Boss is angry, right? A quick survey of the lyrics from Wrecking Ball and it is abundantly clear.

Take the nationalist rallying cry that is the opening track We Take Care of Our Own, which opens with pounding drums and a guitar squall, before the keyboards, hand claps and rhythm guitar bring the song kicking back into familiar Springsteen territory. “From Chicago to New Orleans/ From the muscle to the bone/ From the shotgun shack to the Superdome/ We yelled ‘help’ but the cavalry stayed home/ There ain’t no one hearing the bugle blown,” sings Springsteen, a voice for Americans who feel let down by their government.

So why then is Springsteen singing it in a way that sounds so defeated? He sounds old, brittle, vulnerable, sedated — definitely not triumphant. This is the Boss on Prozac.

It is meant as a rallying cry, a return to good old American liberal values, but it ends up sounding half-baked. It is as if Springsteen’s nationalist sentiment is struggling to live up to the uplifting music that is being used to take the song into anthem territory.

Then there is the downbeat Jack of All Trades, which documents the plight of the working-class man trying to make a living in the United States. Springsteen sings: “The banker man grows fatter, the working man grows thin/ It’s all happened before and it’ll happen again.” Later in the closing stanza the anger becomes aggressive, more violent with the line: “If I had me a gun, I’d find the bastards and shoot ’em on sight.”

But Springsteen still sounds as if he has been sedated. This is an empty threat. Sure, Springsteen might pop a cap in the bankers’ asses — if he could build up enough strength to get out of his rocking chair on the porch.

On Death to my Hometown, Springsteen sings: “They destroyed our families’ factories and they took our homes/ They left our bodies on the plains/ The vultures picked our bones.” Further on he ventures: “The greedy thieves that came around/ And ate the flesh of everything they’ve found/ Whose crimes have gone unpunished now/ Walk the streets as free men now.”

Over it
The sense of injustice is clear, but why does Springsteen sound so disaffected? Why does this song sound like an Irish jig turned into stadium rock without a hint of anger in the music? Why can’t Springsteen play it as if he means it?

I have discussed this album many times with other rabid Springsteen fans — I wanted to make sure that this was not just a case of a Springsteen album taking time to grow on me. I even resisted writing about the album when it first came out, hoping that one day I would be listening to it and the album would open up to me, show itself in all its glory, but that day never came.

The more I listened, the more disillusioned I became — the more I realised that, once this review was written, I probably would never reach for this Springsteen album again.

Why would I when there are great albums such as Born in the USA, Nebraska, Born to Run, The River, The Ghost of Thom Joad and Devils and Dust to listen to?

One Springsteen fan told me recently that he had given the album a try but was over it.

“It’s too emotional,” he said. “It’s like he wanted to make this really big album, with these big themes, but he overthought it.”