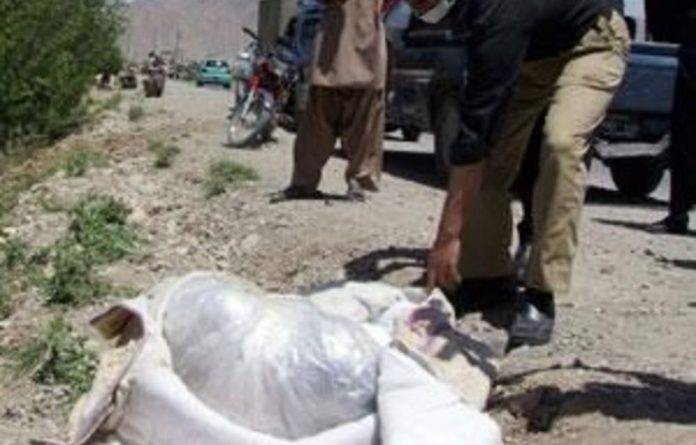 The beheaded body of a kidnapped British doctor working for the International Committee of the Red Cross was found dumped by the roadside on Sunday in the southwestern Pakistan city of Quetta, police and Red Cross officials said.

Khalil Rasjed Dale, 60, was abducted by suspected militants on January 5 while on his way home from work.

“The ICRC condemns in the strongest possible terms this barbaric act,” ICRC Director-General Yves Daccord said in a statement. “All of us at the ICRC and at the British Red Cross share the grief and outrage of Khalil’s family and friends.”

“This was a senseless and cruel act, targeting someone whose role was to help the people of Pakistan, and causing immeasurable pain to those who knew Mr Dale,” Hague said in the statement.

Police discovered Dale’s head and body wrapped in plastic near a western bypass road. His name was written on the white plastic bag with black marker.

“A sharp knife was used to sever his head from the body,” said Safdar Hussain, the first doctor to examine the body. “He was killed about 12 hours ago.”

Quetta is the capital of southwestern Baluchistan, Pakistan’s biggest but poorest province, where Baluch separatist militants are fighting a protracted insurgency for more autonomy and control over the area’s natural resources.

Pro-Taliban militants are also active in the province, which shares borders with Afghanistan and Iran.

Dale had worked for the ICRC and the British Red Cross in Somalia, Afghanistan and Iraq before coming to Pakistan. He had been managing a health programme for Baluchistan for almost a year when he was abducted, the ICRC statement said.

“We are devastated,” Daccord said. “Khalil was a trusted and very experienced Red Cross staff member who significantly contributed to the humanitarian cause.”

Four health workers, including two doctors, were kidnapped by militants the week before Dale’s disappearance from the Pishin area of Baluchistan, near Quetta. They were freed after a shootout between police and their kidnappers. — Reuters