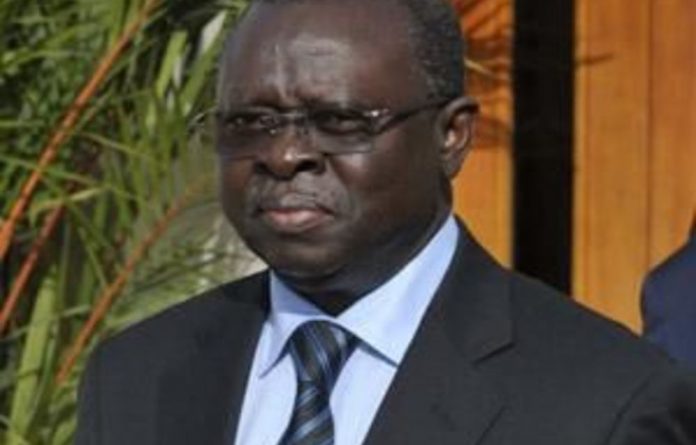 The Economic Community of West African States (Ecowas) said on Monday it had imposed sanctions on Guinea-Bissau after talks with the ruling junta aimed at restoring constitutional order after a coup broke down.

Guinea-Bissau has been run by soldiers since the April 12 coup, which derailed presidential elections and set back Western efforts to combat drugs cartels using the tiny country as a transit hub for cocaine bound for Europe.

The official said representatives of the junta sent to Gambia’s capital Banjul for talks on Sunday had rejected a demand by the West African bloc that elections be set within 12 months, and that interim president Raimundo Pereira, arrested by soldiers during the coup, be reinstated to oversee the transition.

Pereira was released on Friday along with former Prime Minister Carlos Gomes Junior, the front-runner in the presidential polls before they were pre-empted. Both left the country for Côte d’Ivoire.

Guidance
Ecowas also said it believed army chief of staff General Antonio Indjai was the leader of the shadowy self-styled Military Command that seized power in the coup, the latest since the country gained independence from Portugal in 1974. The junta said Indjai had been deposed during the coup.

“The junta delegation was repeatedly calling Indjai during the talks to get guidance on what to do,” said the Ecowas official, who attended the talks but asked not to be named. “It was very frustrating, but [it was] made clear who was in charge.”

Ecowas announced last week it would send a force of more than 600 troops to Guinea-Bissau to protect state institutions and people there, and monitor the country’s transition back to civilian rule.

A junta spokesperson said last week it would accept the force, which it said would replace a contingent of Angolan soldiers due to leave the country. A spokesperson was not immediately available on Monday.

Ecowas officials are due to meet in Dakar this week to discuss the timing of the deployment. “This deployment is still in the cards,” the Ecowas official said. — Reuters