Shiceka: Death of a self-contradictory comrade 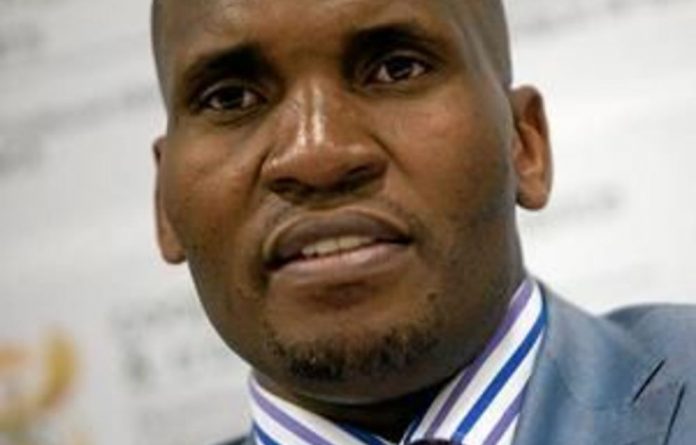 The epitaph of former cooperative governance and traditional affairs minister Sicelo Shiceka, who died in the Eastern Cape on Monday at the age of 45, should possibly read: Here lies one of the most corrupt politicians in South Africa.

Shiceka was axed by President Jacob Zuma in October last year after he was accused by public protector Thuli Madonsela of spending more than R1-million in travel expenses for himself, staff and friends — in violation of the executive ethics code.

During the trip to Switzerland, Shiceka spent R335 000 flying first class with his personal assistant and further spent R32 000 to hire a chauffeur-driven limo for the prison visit.

And, while on sick leave last year, he tried to get his department to pay a hotel bill for his stay in Maseru, Lesotho, where he spent four nights with his mother and bodyguard, Bheki Mthethwa after which the bill was inflated from R25 277 to R357 120.

Shiceka had booked himself in under a false name.

Pleading innocence
Until his untimely death, Shiceka maintained his innocence, arguing the evidence used to support the protector’s findings should be dismissed because it was not given under oath and that he was not afforded the opportunity to challenge it.

According to family spokesperson Justice Zotwa, Shiceka leaves behind 19 children, two sisters and a brother. He held a diploma in economics from Wharton Business School in Pennsylvania and a diploma in labour relations from Wits University.

His funeral arrangements have not been made as yet.

“He passed away this morning and we still have not met as a family to decide on the date … We’re still shocked,” said Zotwa, who is also Shiceka’s brother.

He rose during the mass democratic movement in Gauteng and was also involved in the labour union movement, becoming an organiser of the Paper, Printing, Wood and Allied Workers’ Union in 1989 and later becoming its provincial secretary.

In the run-up to the ANC’s watershed conference in Polokwane in 2007, he mobilised support for Zuma in Gauteng at a time when some in the province favoured businessman Tokyo Sexwale.

At the conference, he was rewarded with membership into the ANC’s national executive committee.

Shiceka was appointed cooperative governance and traditional affairs minister in Zuma’s Cabinet on May 11 2009.

“He was vibrant and overhauled the local government system until he was caught in the web of corruption,” said political analyst Nhlanhla Ndebele.

According to political analyst Mcebisi Ndletyana, Shiceka’s attempts to “depoliticise” and “professionalise” local government by excluding politicians with the Municipal Systems Bill earned him enemies in the ANC and its alliance partners — the Congress of South African Trade Unions (Cosatu) and the South African Communist Party.

“The [Bill], which was spearheaded by him, was very unpopular because political parties could no longer deploy their cadres into top municipal positions and this caused him a lot of enemies,” said Ndletyana.

“He was a very dedicated Cabinet minister and showed a lot of energy and had a strong grasp of local government issues. It was under him that a new turnaround strategy and audits into municipalities were done. He was thorough, honest and courageous.”

Ndletyana said Shiceka did not live long enough to leave a discernible legacy behind.

“His record was self-contradictory. While he did great work in government, he was unfortunately prone to excess. His preference for an indulgent lifestyle, I am afraid, overshadowed what was otherwise good work in government.”

In a statement on Monday, Cosatu said Shiceka played a critical role in strengthening the labour union federation.

“He committed a grave error while serving as a minister that led Cosatu to demand that he be dismissed. That error … does not take away his contribution to workers’ and our people’s struggles for freedom,” Cosatu said.

“We will especially miss his energy, as he was a remarkable hard worker and his impact was greatly felt in the local government turnaround strategy, as well as his contribution to the struggle from the early 1980s,” said Zuma.

“On behalf of government and the people of South Africa, we wish to convey our heartfelt condolences to the family, relatives and friends. May they be strengthened in this moment of challenge.”

ANC chief whip Mathole Motshekga said, “In comrade Shiceka, death has robbed us of a comrade, a tried and tested cadre, a long-standing activist and an experienced public representative.”

“Like all of us, comrade Shiceka was not perfect but nothing can take away the commitment, passion and the energy with which he executed his responsibilities. We extend our deepest condolences to the Shiceka family, his friends and comrades.”