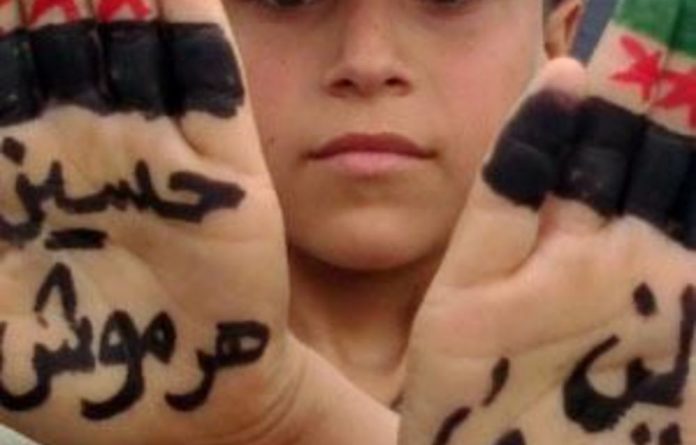 Violence erupted in two Syrian provinces on Tuesday, with a rights group reporting 10 civilians dead in an army mortar attack and 12 soldiers killed in a fire fight with rebel gunmen as UN monitors sought to shore up a shaky ceasefire.

The Britain-based Syrian Observatory for Human Rights, which tracks the 13-month-old uprising against President Bashar al-Assad, said nine members of one family died in mortar bomb blasts in a village in the northern province of Idlib.

In the eastern Deir al-Zor province, troops hit back with mortar and heavy machinegun fire after losing a dozen of their own to insurgents, killing at least one villager and destroying a school building, the anti-Assad Observatory added.

The UN says Syrian forces have killed more than 9 000 people since the uprising began in March 2011.

Like other Arab revolts against autocratic rulers, it began with peaceful mass protests but a violent government response has spawned an increasingly bloody insurgency. Damascus says rebels have killed more than 2 600 soldiers and police.

A UN ceasefire brokered in mid-April led to a brief lull but failed to halt the conflict. Rebels starved of funding and ammunition appears to be stepping up a bombing campaign.

Explosions blew the fronts off buildings in the north-western city of Idlib on Monday, killing nine people and wounding 100, including security personnel, according to state television, which blamed the blasts on “terrorist” suicide bombers.

Turning a blind eye
Damascus has accused the UN of turning a blind eye to rebel ceasefire violations, although secretary-general Ban Ki-moon condemned the Idlib blasts and a rocket attack on the central bank in the capital as “terrorist bomb attacks”.

The UN now has 30 truce monitors in Syria, a nation of 23-million people, and expects to have 20 more of the planned 300-strong mission on the ground by the end of the week.

Their commander, Norway’s Major General Robert Mood, has said progress is possible despite the enormity of their task.

“We will be only 300 but we can make a difference,” he said on arrival in Damascus this week, but acknowledged that even a much bigger observer team could not solve all Syria’s problems.

Western governments have lost patience with Assad, accusing him of breaking promises made to UN-Arab League envoy Kofi Annan that he would order troops and tanks back to barracks.

Paris has called for UN sanctions against Damascus, but the West can do little given the diplomatic cover Syria enjoys at the Security Council from China and Russia. Moscow says the rebels are mainly to blame for the continued violence.

Western states are wary of military intervention along the lines of last year’s anti-Gaddafi air campaign in Libya because of the political, diplomatic and military complexities of tackling Syria, as well as the potential repercussions of any such venture on a volatile Middle Eastern neighbourhood. — Reuters

There is no deep comradeship, common ancestry or monopoly on the legitimate use of force
Read more
Advertisting
Continue to the category
Politics