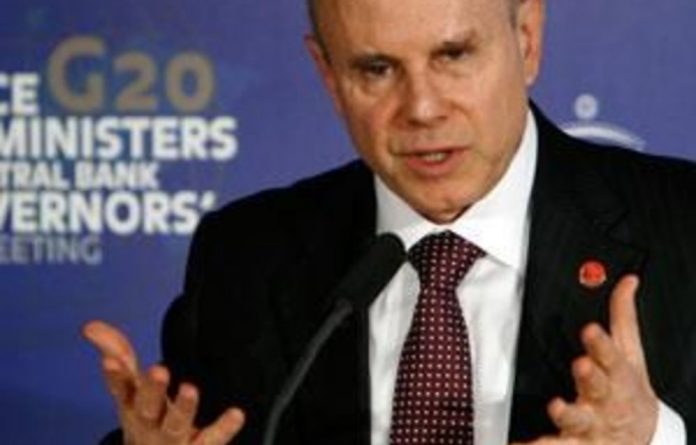 As political rhetoric heats up, fears are mounting that a global currency war may escalate — concerns explicitly expressed by the Brics countries — Brazil, Russia, India, China and South Africa — in a recent communiqué.

“Excessive liquidity from aggressive policy actions taken by central banks to stabilise their domestic economies have been spilling over into emerging economies,” they wrote following a summit in India, “fostering excessive volatility in capital flows and commodity prices”.

In diplomatic speak, that’s the equivalent of “knock it off”. The implied threat — particularly from Brazil — is “or else”.

Driving the point home, Brazil’s President Dilma Rousseff reiterated the group’s concerns to US President Barack Obama at meeting in Washington in April. “Expansionist monetary policies,” she said, “ultimately lead to depreciation in the value of the currencies of developing countries, thus impairing growth outlooks.”

What exactly is going on, and should South Africa worry? What is a currency war?

“The first point to note is that we use the term very loosely,” John Cairns, a currency strategist at Rand Merchant Bank told the Mail & Guardian.

Brazil’s finance minister Guido Mantega first alleged that the developed world’s monetary policies were hurting emerging markets, like his own, in 2010. Brazil has been complaining about the US ever since. Meanwhile, the US is peeved at China, as is Japan. And Switzerland is far from pleased with its European neighbours. The situation is tense, but manageable.

At the other end of the spectrum is an all-out currency conflagration. This can get ugly as governments across the world deliberately devalue their currencies in an attempt to gain a competitive advantage. The problem is that devalued currencies — although they make exports cheaper — make imports more expensive, diminishing purchasing power.

These race-to-the-bottom conflicts are rare. But when they occur, they can have disastrous consequences for international trade and, in turn, global growth. The most notable example of a truly global “hot” currency wars occurred during the Great Depression.

What could trigger an escalation?
What could turn a war of words into something more dangerous? A third round of quantitative easing (QE3) by the US Federal Reserve — a programme that increases money supply by flooding banks with capital in an effort to promote increased lending — is viewed as a particular threat by Brazilian and other emerging market officials.

In repeated drives to stimulate growth, the US’s central bank has purchased $2.3-trillion in bonds in two previous rounds of quantitative easing. Most risk-sensitive emerging market currencies — including the rand — appreciated after the moves as money flowed into the developing world in search of higher returns.

Late last year, in a third bid to support the country’s fragile recovery, the US federal reserve replaced $400-billion in short-term debt with long-term debt under a programme known as Operation Twist. This latest stimulus measure — designed to lower long-term interest rates — will end in June.

Speculation grew that, following a recent string of disappointing economic data, an announcement of a new stimulus initiative was increasingly likely sometime over the coming months. Figures released last week showed that economic growth in the US slowed to 2% in the first quarter of 2012 from 3% growth a quarter earlier. And a jobs report scheduled for release on Friday may show continued weakness in the US’s labour market.

Cairns indicated that “QE3 would prompt an escalation in hostilities”. Annabel Bishop, group chief economist at Investec, concurred via email. “Should QE3 occur then this is very likely,” she wrote.

But QE3 is not the only possible flashpoint on the horizon. The European Central Bank (ECB) has a €1-trillion cheap money programme of its own, the long term refinancing operation (LTRO). Under this initiative, eurozone banks were allowed to borrow money from the ECB at a 1.0% interest rate, repayable in three years.

Foreign demand
In December 2011, European banks borrowed €489-billion from the ECB. In February, they borrowed an additional €529.5-billion in a second round LTRO. Many economists and investors are now speculating that, given Europe’s continuing economic troubles, a third round is in the offing.

Speaking in Brussels last week, ECB president Mario Draghi called for a growth compact for the eurozone and said that, “growth should be supported by foreign demand, the very low short-term interest rates as well as out non-standard measures”. Markets will be watching his comments at a press conference following Thursday’s meeting of the ECB’s governing council for hints at future policy actions.

As Annabel Bishop, group chief economist at Investec explained, “continued LTRO operations or any other cause of higher global liquidity, even from rising petro dollars” are amongst the developments people should watch.

What are the implications for South Africa?
A weaker dollar would result in a stronger rand. This would make South African exports more expensive, but would also help to ease domestic inflation — rising prices.

“Rand strength would cause inflation to drop a lot more rapidly than expected,” wrote Bishop. “Exports would likely weaken further, harming growth, and both [of] these outcomes would then push the timing of the first domestic rate hike out.”

Andre Roux, an economics professor and director of the Institute for Futures Research at the University of Stellenbosch said a no-holds-barred conflict was unlikely. “If everybody engages in a race to the bottom,” he said, “in relative terms, you’re neither better nor worse off.”

Cairns said continued policy uncertainty in the US and Europe, and the resultant volatility in the rand’s exchange rate, was a bigger threat to South Africa than a deepening currency conflict.