England declares Roy Hodgson the man for the job 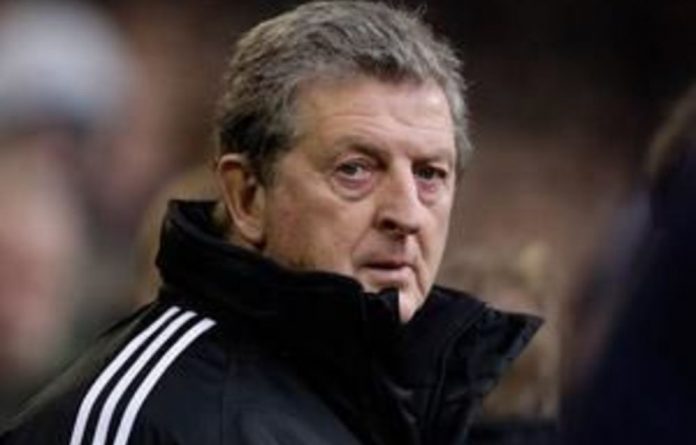 England’s national team is back in the hands of an Englishman — albeit one who spent much of his coaching career abroad.

Roy Hodgson was hired on Tuesday as the coach tasked with ending England’s 46-year title drought, with the Football Association hoping his international experience and homegrown heritage will blend into a perfect mix. Hodgson is one of the best travelled coaches England has produced, having spent the bulk of his career in obscurity outside of his homeland honing the technical expertise that earned him a four-year deal as the top man in English soccer.

The avuncular 64-year-old Londoner is the oldest manager to be handed the pressure-packed role often dubbed “the Impossible Job,” where expectations usually exceed reality.

But there is no time for Hodgson to relax in his new Wembley office, having to pick a European Championship squad within two weeks. England then has two friendlies before its first Euro 2012 match against France on June 11.

“One is tempted to say, because it’s England, that success is only reaching the latter stages, or even the only success is winning,” Hodgson said after agreeing to leave West Bromwich Albion later this month to become England manager. “But I’d like people to cut us a bit of slack because the resignation of Fabio Capello has made the situation somewhat different. I’m only going to have been here a short period of time.”

Hodgson described the national job as “the pinnacle of success for any English manager”.

“It certainly brings with it a lot of scrutiny and criticism and I have to be prepared for that,” he said. “It’s always a big job to win people over. I’m prepared for criticism.”

Support
The criticism spilled out as soon as the FA announced on Sunday that Hodgson had been approached, overlooking Tottenham manager Harry Redknapp, the clear favourite among fans and key players.

“The only way you can win people over is by doing the job I am confident I can do,” Hodgson said. “It’s always very important the whole country buys into what we do. I’m expecting a lot of support from everybody.”

FA chairperson David Bernstein said the organisation decided about a month ago to hire Hodgson due to his “experience, track record and ability at building winning teams”.

Hodgson is the first England manager appointed after gaining previous experience in charge of a national team. After a nomadic 36-year coaching career in Europe and the Middle East he replaces Capello, the Italian who quit three months ago in a dispute over captain John Terry’s firing.

As well as coaching national teams of Switzerland, Finland and the United Arab Emirates, Hodgson has had spells in club soccer in England, Sweden, Denmark, Norway, Switzerland and Italy, where he was twice in charge of Inter Milan.

“He has outstanding contacts through his work with Uefa and Fifa, and can walk into any training ground around the world and command respect,” Bernstein said.

‘Big challenge’
Hodgson has won eight league titles in two countries with three clubs but delivering another title for England has eluded some of the best soccer minds in England since 1966, plus foreign imports Sven-Goran Eriksson of Sweden and Capello.

“Tournament football has always been a big challenge,” said Brooking, a former England midfielder. “The lack of success we’ve had, the expectancy level … the likes of Germany, Holland and Spain will be ahead of us in terms of expectancy.

“But the coach we’ve appointed can improve the group, which feels they haven’t done themselves justice in recent tournaments.”

Switzerland had not reached a major tournament since 1966, but Hodgson took them to the 1994 World Cup and also the 1996 European Championship, where they went out in the first round but did manage a creditable 1-1 draw with host England.

Being appointed England manager might have seemed unthinkable at the start of 2011 for Hodgson when he was fired after just six stormy months in charge of Liverpool that blemished his widely lauded reputation that was rebuilt at West Brom.

Past chapters
But Hodgson’s lowest points at Anfield, where he was jeered by fans, should have prepared him for the demands and intensity faced in the England job.

“Liverpool is a chapter in the past I am very much looking forward … a lot has happened since that time,” Hodgson said.

Liverpool captain Steven Gerrard, a contender to skipper the national team, was one of the first England players to congratulate Hodgson on Tuesday.

“I’ve worked with Roy. He’s a good man and a good manager,” the midfielder said. “It’s important he’s given a chance and I’m looking forward to working with him again.”

England has a friendly against Norway in Oslo on May 26 and a home fixture against Belgium a week later before a 23-man squad heads to the Euro 2012 base in Krakow, Poland.

England’s group stage opener is against France on June 11 in Donetsk, Ukraine, followed by matches against Sweden and Ukraine. — Sapa-AP