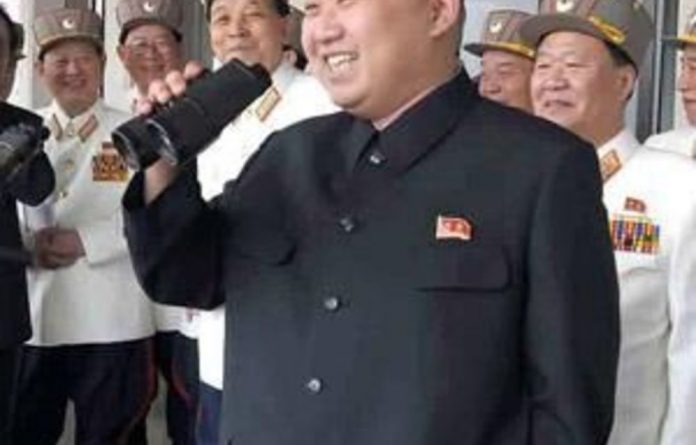 North Korea has apparently finished preparations for a third nuclear test and is awaiting a political decision to go ahead, a South Korean nuclear expert said on Wednesday.

The expert also said the communist state is likely to use highly enriched uranium (HEU) for any test, and may have produced enough of it to make between three and six bombs in addition to its plutonium stockpile.

There has been widespread speculation the North will stage a test following its failed launch of a long-range rocket last month, which drew condemnation from the United Nations Security Council.

Similar condemnation of launches in 2006 and 2009 was followed by atomic weapons tests. Satellite photos of the Punggye-ri test site in the north-east show work in progress.

“The North has apparently finished technical preparations for a third nuclear test. What is left now is a political decision,” the expert told journalists on condition of anonymity.

South Korean and US intelligence authorities are closely monitoring activities at Punggye-ri, he said, adding about 3 000 people were involved in the North’s nuclear programme.

The North shut down its plutonium-producing reactor at Yongbyon in 2007 as part of an international disarmament deal which it later abandoned.

In 2010 it disclosed to visiting US scientists a uranium enrichment plant at Yongbyon with 2 000 centrifuges.

The scientists have said the plant, ostensibly to feed a light water reactor for power generation, could easily be reconfigured to make weapons-grade material.

The North is thought to have produced enough plutonium for six to eight weapons before the shutdown.

The South Korean expert said 2 000 centrifuges would be capable of producing 40kg of HEU every year. Assuming the enrichment plant became operational in 2009, it could have produced enough HEU for three to six bombs.

He said analysis of xenon isotopes which reach the atmosphere two to four days after a test could establish whether the device was a plutonium or an HEU bomb. — AFP