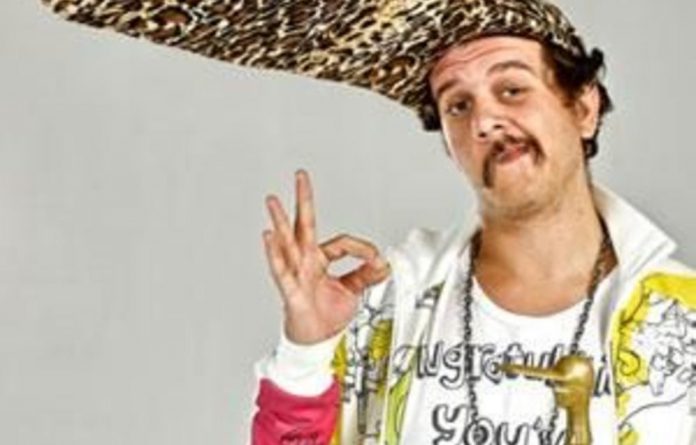 Afrikaans rapper Jack Parow had to be led off stage during a show in Newcastle, KwaZulu-Natal, at the weekend after his lyrics upset members of the crowd.

The Cape Times reported on Wednesday that the group physically threatened Parow, whose real name is Zander Tyler, at the festival on Friday night, because some people were offended by swear words.

A man tried jumping onto the stage, but was pulled back by police, who had been called in to calm the crowd down.

Parow’s critics aired their views on the Newcastle Newspaper’s Facebook page, with some calling Parow a “satan slang” (devil snake) and a “disgrace to the Afrikaans language”.

Others defended his performance. The rapper told the newspaper he was not bothered by the commotion.

“I was singing ‘Dans, dans fokken dans‘. This one guy was shouting at me and said: ‘Why are you fucking swearing?’, but that was funny because he was swearing at me.

“If you’re going to put me on after blerrie Steve Hofmeyr; well, our fans are worlds apart.” — Sapa