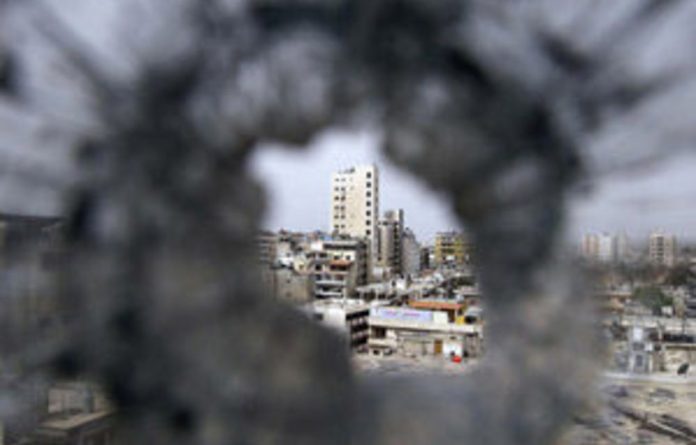 Rebels killed more than 20 troops on Wednesday in the Syrian army’s deadliest day of a three-week-old ceasefire deal even as UN observers said they were having a “calming” impact as they deploy on the ground.

The government lost 15 soldiers in one attack alone when rebel fighters ambushed them at dawn in Aleppo province of northern Syria, said the Syrian Observatory for Human Rights.

Two rebels also died in the attack near Al-Rai village, after President Bashar al-Assad’s forces had “scaled up military operations” there in the days since the truce took effect on April 12, said the watchdog.

Clashes near Damascus killed six troops, while the army shelled and torched activists’ homes in eastern Deir Ezzor province and loyalist gunfire killed a civilian in southern Daraa, cradle of the 14-month uprising.

In Daraya, soldiers killed two civilians, the Observatory said, adding another died in the same Damascus province town from wounds he sustained months ago.

Brushing off criticism
Despite the bloodshed, the head of a UN military observer mission said his team was having a positive effect, although he admitted the ceasefire was not holding.

Major General Robert Mood brushed off criticism that the UN Supervision Mission in Syria, or UNSMIS, had been too slow to get off the ground and said their numbers would double within days.

“This is not easy and we are seeing — by the action, by explosions, by firing — that the ceasefire is really a shaky one. It’s not holding,” the Norwegian general told Britain’s Sky News.

The UN has accused both the regime and its opponents of violating the ceasefire that is part of a peace plan brokered by UN-Arab League envoy Kofi Annan.

The plan calls for a halt to fighting, the withdrawal of heavy weapons from urban areas, a daily humanitarian ceasefire, media access, an inclusive political process, the right to demonstrate and the release of detainees.

UN peacekeeping chief Herve Ladsous said Syrian troops have kept heavy weapons in cities and that both the government and rebels have violated the truce.

Ladsous also said UN member states had so far only offered 150 military observers for the 300-strong planned force and that Syria had refused visas for three proposed monitors.

But Syrian foreign ministry spokesperson Jihad Makdisi denied visa requests had been turned down and said the two sides had agreed on the nationalities that could operate in the country.

“We agreed with the UN negotiating team that nationalities of observers to be mutually agreed upon … So there is no refusal per se … There are far more than 110 nationalities that can easily work in Syria,” he said.

Human Rights Watch accused the regime of committing atrocities in the eastern province of Idlib shortly before the truce took effect.

“Syrian tanks and helicopters attacked one town in Idlib after another,” Anna Neistat, associate director for programmes and emergencies at HRW, said in a statement.

Executions
“It was as if the Syrian government forces used every minute before the ceasefire to cause harm,” she added.

The New York-based watchdog accused regime forces of summary executions, arbitrary detentions and burning and destruction of civilian property. In some cases, children were executed by regime forces.

HRW said that during an April 3-4 attack on Taftanaz, northeast of Idlib city, 19 members of the Ghazal family, including two under the age of 18, were executed by regime forces.

Nine males were shot in the head or back.

The violence in Syria has also seen tens of thousands of refugees take flight into neighbouring countries including Turkey, Lebanon, and Jordan.

Meeting with a US congressional delegation in Amman, King Abdullah II of Jordan, which says it hosts more than 100 000 Syrian refugees, called for “a political solution” to the crisis, saying he was “worried” about the bloodshed. — Sapa-AFP