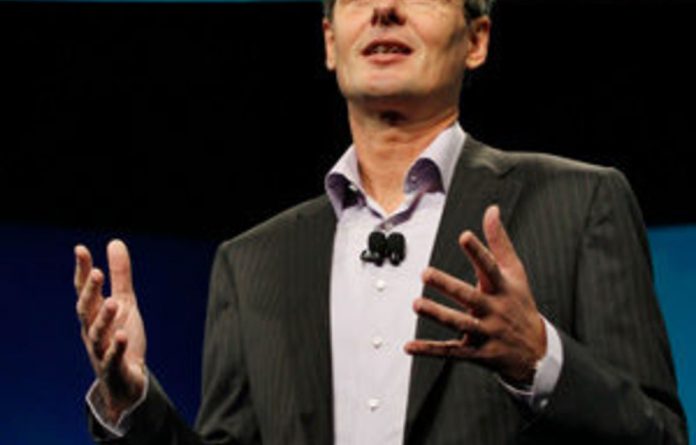 Some reports suggested RIM would ditch the physical keys favoured by its users, but chief executive Thorsten Heins said on Wednesday that RIM won’t lose the focus on physical keypads.

But he said the new line of smartphones due for release later this year will include both touchscreens and keypads. RIM spokesperson Tenille Kennedy also confirmed that the new BlackBerry 10 operating system will include new phones with physical keyboards.

“It would be wrong — just plain wrong” not to, Heins told reporters at an annual conference in Orlando on Wednesday.

The Canadian company gave developers a prototype BlackBerry on Tuesday in an effort to help them develop apps for the new software system. Heins stressed that the device is not the final product.

Heins acknowledged on Wednesday that RIM needed to improve its marketing and he vowed to hire a chief marketing officer soon.

‘Bring your own device’
The Waterloo, Ontario-based company has long dominated the corporate smartphone market. Its BlackBerry is known for its security and reliability. US President Barack Obama even refused to part with his BlackBerry after he took office.

But the once iconic company has had difficulty competing in North America with flashier, consumer-oriented phones such as Apple’s iPhone and models that run Google’s Android software.

RIM is also dealing with a “bring your down device” trend, in which employees bring their personal iPhones or Android devices to work instead of relying on BlackBerry phones issued by their employers.

Analysts say RIM’s future depends on the new BlackBerry 10 software platform, although many say it may be too late.

RIM has been undergoing a comprehensive strategic review for the last three months. Heins was promoted to CEO in January after the company’s two long-time chiefs stepped down.

Its stock dropped 68 cents, or 5%, to $12.80 Wednesday. The shares have lost almost three-quarters of their value over the past 12 months.

‘Status quo’
Jefferies analyst Peter Misek, who is in Orlando for the conference, said he was disappointed that Heins said he would wait to see what kind of traction BlackBerry 10 got before pursuing possible licensing deals for things like RIM’s popular BlackBerry messenger service.

He also said there was no mergers-and-acquisition talk, and said that the fact that RIM released a prototype means the new BlackBerry won’t be out until the end of the year. He said those three reasons drove down the stock.

“It’s basically status quo until the end of the year and that’s tough for investors to take,” Misek said.

Misek said Heins did a good job leading his first conference considering he had no device or operating system to release.

“He kept it very upbeat and on message,” he said. “But it’s out of his hands. He inherited this.” — Sapa-AP

BlackBerry may be yesterday's smartphone but at its annual Security Summit in New York, it was looking a lot like tomorrow’s mobile security leader.
Read more
Sci-tech

Arthur Goldstuck considers the various formats and price tags of the new high-end phones that have arrived in South Africa in the past few months.
Read more
Sci-tech

A new service allows users to sell old phones and tablets, but deleting information before selling a device does not wipe your slate clean.
Read more
Sci-tech

The Passport is one of the most unusual new shapes in smartphones since Motorola’s FlipOut way back in 2010.
Read more
Sci-tech

Sean Bacher reviews new apps for 2014, including Tagaboom, App Stalker, Active Fitness, I’m Bored and ICEPlus – an app that no one should be without.
Read more
Advertising
Continue to the category
Education