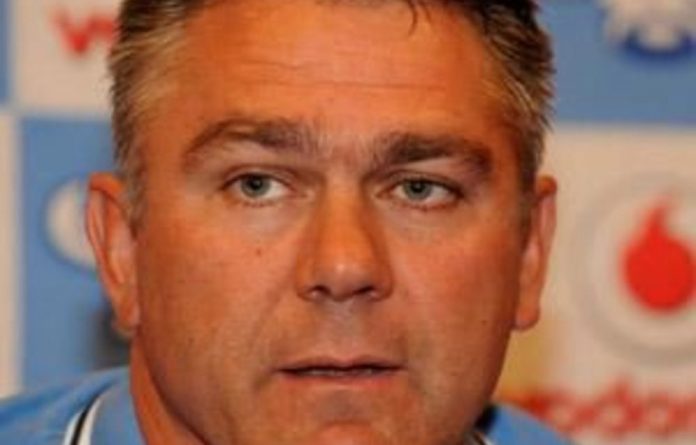 Heyneke Meyer wrapped up his countrywide player ‘meet and greet’ at Newlands on Thursday when he ran the rule over a group of invited Stormers players who were put through a few drills at an indoor venue.

The Springbok coach had previously worked with invited groups of players from the other four South African Super Rugby franchises over the past two weeks.

Thursday’s work-out was expected to be held outdoors but the driving Cape rains forced the coach to move the session indoors, and he staged separate sessions for backs and forwards.

The object of the national road show was for Meyer to get to know the country’s leading players first hand, and he said he was pleasantly surprised.

“I have to say I have been surprised by the knowledge the players have,” Meyer said.

“For that I must give credit to the franchise coaches.

“This exercise of meeting the players and having one-on-ones was not just about the Springboks but rather for South African rugby.

“Having had a chat with the players [and] I know now where I stand with them.”

Meyer again admitted that injuries during the Super Rugby season were proving to be a massive challenge for the new Bok mentor ahead of a home tour against England in June.

“It will probably happen that there will be more youngsters in the Springbok squad than I initially envisaged because of all the injuries,” he said.

“The good thing about these camps is that the players who have been invited will all be aware that they are in with a chance of making the national squad.

Changes
“My thinking of what the first Bok squad will look like [for 2012] has changed a few times and it is testing on one’s focus.”

Meyer said he would break the silence on the new Bok captain a week ahead of the first Test against England.

“I just think so much can happen from now until then and we can see how many players have been hit by injury,” he said.

“I’ve decided that I will only name the captain a week before the time.

“The captains of the franchises have impressed me and since some of them are presently injured I am at ease because I have seen that there are more leaders out there.

“My thinking is that the captaincy will be short term and only once I’ve worked with the players on a regular basis will I know who the captain is going forward.” — Sapa