Left in the lurch by Lotto 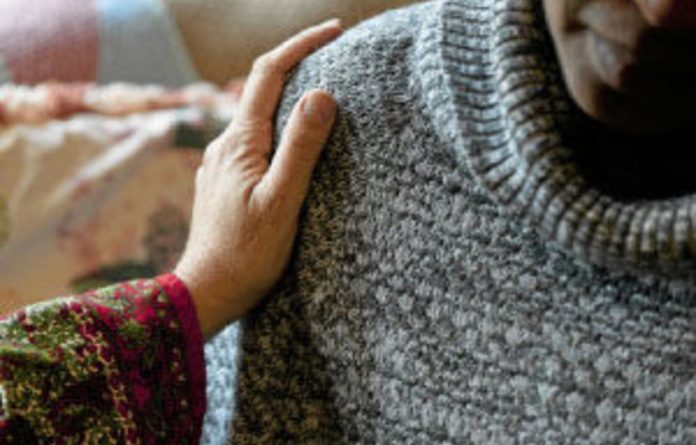 Organisations that rely on the National Lotteries Board are facing financial misery as controversies deepen around its awarding of grants.

Several lawsuits have forced the board to release funds, but civil society organisations say the entire organisation needs to be changed to speed up decisions and bring about more transparency. To date, the loudest controversy came after a City Press report into a R41-million grant to Makhaya Arts and Culture last year. The daughter of the board’s chairperson, Murendwa Nevhutanda, is an employee of Makhaya, the newspaper reported.

A year before, the board raised hackles when it awarded the National Youth Development Agency R40-million to host the World Youth Festival, whereas the National Arts Festival received R14.3-million and the Rural Development Network R3.6-million.

In February this year the Molteno Institute for Language and Literacy took the board to court to force it to pay the R20.4-million it had been promised. An out-of-court settlement resulted in the board agreeing to pay the grant. Other organisations are not this fortunate. LifeLine, a charity that provides 24-hour crisis counselling, told the Mail & Guardian the maximum amount it had ever received from the board was R1.7-million. LifeLine’s acting director and treasurer, Janet King, said most of its funding came from the Lotto and without it the Johannesburg branch was facing a financial crisis. For the year to March it was facing an R800000 loss and needed a further R1.5-million to survive the rest of the year, she said. The organisation’s application for funding in 2010 was still in limbo and King said it did not know whether its application would be successful. ‘Other non-governmental organisations (NGOs) find themselves in the same position. Lotto has not invited applications for 2011, so we assume that there will be no funding,” she said.

To voice their anger, 450 NGO members staged a march to the Lotto offices in Pretoria in January. They pointed out that its mandate was the ‘supplementary funding of good causes”, and although many of the NGOs did work that was required by legislation, they had no formalised funding arrangements. In a memorandum they said the National Lottery distribution trust fund was a critical source of their funding and its structure and management needed to be shaken up to ensure this continued.

Their complaints included the fund’s changing criteria, which meant an organisation could suddenly have its funding taken away; poor administration and communication, which meant documents would be lost and charities never knew where their applications were; ‘questionable and blatantly corrupt” funding decisions; a rigid and formulaic approach to funding applications; and a long turnaround time for applications, which resulted in charities running out of funding while still waiting for their applications to be accepted. Sandra Millar, who helped to co-ordinate the march, said nothing had changed since then, but the organisers would ‘keep up the pressure until we have a National Lotteries Board we can be proud of”.

In a judgment against the board earlier this year, the Supreme Court of Appeal said: ‘Despite the minister’s determinations and the overwhelming social need for these funds, the NLB [National Lotteries Board] and its distribution agencies have consistently failed to meet their targets.” It also found that the board ‘does not appear to understand its mandate properly. The board holds these public funds in trust for the purpose of allocating them to deserving projects, and it must ensure these funds are allocated to those projects.”

In February, public protector Thuli Madonsela said she would be probing the board. A Sunday Independent report said this was prompted by complaints of alleged nepotism, corruption and the withdrawal of funding that had previously been allocated.

The board’s chairperson, Alfred Nevhutanda, took the opportunity in April, while announcing grants over the past financial year, to explain why the process of awarding grants was so slow. He said the system made charities apply for funding for a single financial year only, so the process had to be repeated for any projects that went over multiple years.

Although the Lotto had given out R2-billion to beneficiaries in the 2011-2012 financial year, this system had placed an administrative burden on his staff and, as a result, the number of reports they could work through was ‘relatively low”, he said. An online tracking system had been introduced on the Lotto website to help organisations that had applied for funding to know what stage their application had reached, he said.

Shelagh Gastrow, executive director of non-profit organisation Inyathelo, said the first-come-first-served process to get funding should be changed ‘to allow organisations to submit their proposals throughout the year and to stagger the process so that it is more manageable”.

At the moment, a short window of opportunity was opened during which there was a ‘mad rush” and then an ‘extraordinarily long time in decision-making”. If this process was changed it would not only make life easier for the board and allow more time for decisions, it would also allow charities to get funding when they needed it the most and not at arbitrary times, she said.

Inyathelo has also suffered at the hands of the board. In requesting support for a youth philanthropy project, it couriered the required documentation and made an additional copy of what was sent. A year later it received a call about ‘missing documents” that would have to be sent again. The process was repeated and three months later it received a similar call. After couriering a third set, it received a letter of regret saying the application had not been accepted.

Gastrow said the ‘significant number of political appointees to the board” was a big problem. The distribution agencies were also staffed by people who ‘seem to have party connections”. Their positions were part time and they met infrequently, which resulted in the slowness of their decision-making, she said.

In a damning report last year, the Funding Practice Alliance, an advocacy group of non-profit organisations, reached similar conclusions. It found that the funding process, from submission of an application to the receipt of funding, could take as long as two years. It also found that the delays were threatening the existence of numerous charitable organisations.