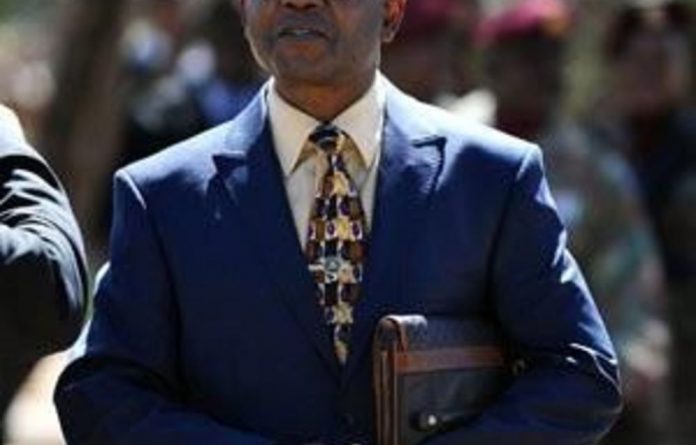 “Mdluli was the architect of a campaign to derail the investigation into Selebi. He created fictitious dockets, intimidated witnesses and bugged the phones of several people who would have been instrumental in bringing him to justice,” O’Sullivan told the Mail & Guardian.

The former policeman is seen as the driving force behind the charges that brought down former police chief Selebi.

After being sacked from his job as head of security at Airports Company South Africa (Acsa) in 2001, O’Sullivan started a mammoth investigation into Selebi, which lasted more than a decade.

The Irish expatriate still insists the former top cop orchestrated his removal from Acsa after he uncovered widespread corruption and criminal activity emanating from South Africa’s ports, which he linked to Selebi and his associates.

Selebi was found guilty of fraud and corruption in 2010, and sentenced to 15 years in jail.

“Had Mdluli not intervened, Selebi would have been brought to justice sooner,” O’Sullivan said.

The M&G was party to a conversation between O’Sullivan and two individuals who claimed to have been coerced by Mdluli into providing sensitive information about their involvement with the Selebi investigation.

The pair said Mdluli was “out to nail” Gerrie Nel, who was then a senior prosecutor for the Scorpions, and anyone else involved in building a case against Selebi.

O’Sullivan is threatening to approach the high court for an interdict preventing Mdluli ever being elevated to the position of national police commissioner.

“A person known to be suspected of being involved in serious criminal offences does not deserve to be the head of our police service. Jackie Selebi would make a better police chief than Richard Mdluli,” he said.

Over the past few weeks it has been widely reported that Mdluli has been earmarked for the position of top cop, to replace current acting police commissioner Major-General Nhlanhla Mkhwanazi.

Mkhwanazi replaced suspended police commissioner General Bheki Cele, who is currently the subject of a judicial inquiry into his conduct relating to the granting of several leases to rent office space for the police.

Reports have suggested Mdluli is being protected by President Jacob Zuma and has been granted extra powers to spy on emails, phone calls and text messages.

Mdluli was suspended from his position after he appeared in the Boksburg Magistrate’s Court in February 2011, facing murder charges relating to the 1999 death of Oupa Ramogibe — an ex-lover’s husband.

This was followed by Mdluli’s arrest in September 2011 on fraud and corruption charges alleging that he had raided a police intelligence funds for personal use.

At the time Mdluli said the charges were part of a political conspiracy by allies of former president Thabo Mbeki who were trying to take over police intelligence ahead of the 2012 ANC conference in Mangaung.

Then in December last year the National Prosecuting Authority (NPA) withdrew fraud and corruption charges against Mdluli, pending the outcome of an inquest into Ramogibe’s murder in February 2012, to ascertain the merits of the case against him, who remains a “person of interest” in the murder case.

Both of these events paved the way for Mdluli to be reinstated as crime intelligence chief on March 27.

“Mdluli was a Selebi man through and through and the people trying to derail this investigation are the self-same people who tried to get Selebi off the hook. They cannot be allowed to get away with it,” O’Sullivan said.