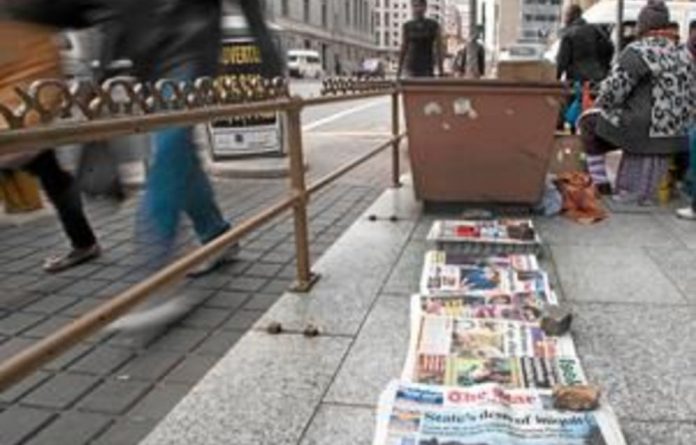 A fish, they say, starts to rot from the head. It’s the same in the world of newshounds. When there are bad smells at the top echelons of a media house, you can expect the contamination to spread to the whole entity.

Just as nobody wants to get poisoned by festering fish, no one wants to be a victim of corrupted journalism. In the United Kingdom, however, thousands of people today have been victims of phone-hacking.

The wider British society is also an indirect victim of the related tabloid journalism. These tales have pandered to what might interest (and titillate) the public, rather than striven to elevate humanity through stories of genuine public interest.

African countries have not had the phone-hacking kind of unethical journalism. But truth has still been a victim of corrupted journalism in many places around the continent. This is particularly in the state-owned sector, which has a long way to go in changing from being one-sided government mouthpieces to independent public broadcasters.

But ethical problems have also tarnished privately-owned media enterprises. Many commercial newspapers and radio stations have cut fast and loose with facts, played political games, and engaged in paid-for public relations without revealing this to their audiences.

Across the board, it’s high time to finger the ultimate culprits of journalism that has gone wrong: i.e., those who steer the ships.

The point is that editors, managers and owners carry the primary duty for what is happening in their specific media organisations. In any given media house, a compact is needed between these three forces — and one which both respects standards of good corporate governance and which upholds the ethics of honest public service to society.

Explicit and meaningful commitment to these high-minded standards is vital if media enterprises are to be trusted by audiences, and if they are to make a real contribution to democracy and development.

It would be rather exceptional to find exemplary ethical behaviour by individual journalists when their superiors are setting a bad example. Of course, reporters should never be demanding brown envelopes in exchange for coverage, simply because some editors are also on the take. Yet it is with the leadership that overall responsibility lies.

That means, at minimum, that media leaders should proactively promote ethics, and definitely not collaborate with internal rot or turn a blind eye to it.

In this context, the release of a new document of Principles to give guidance to media leaders makes serious sense. The agency that has developed this product is the African Media Initiative (AMI), a civil society body which works closely with media executives around the continent.

The timing of the release of the AMI Principles is not arbitrary: it coincides deliberately with World Press Freedom Day, May 3. The fact that more than 100 countries celebrate this day on the international calendar is thanks to a proposal 21 years ago for such an annual occasion. The call was made by African journalists at a United Nations Educational, Scientific and Cultural Organisation (Unesco) conference in Windhoek, and eventually agreed at the UN general assembly.

With its “Leadership and guiding Principles for African media owners and managers”, AMI is now offering another African gift to the globe. Its Principles arose from consultations around Africa, but they are relevant elsewhere as well. Billionaire media baron Rupert Murdoch, whose journalists oversaw the phone-hacking in the UK, could certainly learn a lot from AMI’s document.

Media leaders who decide to adopt the AMI Principles will be showing real commitment from the top. They would assure the public that the media sees its main role as being public service, and this being so, as the Principles state, “even as we pursue our commercial interests”.

By signing up to this vision of ethical leadership, the people who guide media enterprises will further commit to:

In practice, signature companies should also strive for an internal culture of editorial independence and responsibility to the public interest and journalistic ethics. In terms of the AMI Principles, these signatories should have a policy that effectively reduces or cuts the potential for “gifts” to journalists that could influence decision-making in the newsroom.

Aided by the AMI Principles, ethical leaders would refuse to offer, pay or accept bribes, and would ensure that their staff did not plagiarise content from elsewhere.

Unesco this year developed an evaluation tool called the Gender Sensitive Indicators for Media. So it is music to this international organisation, that the AMI Principles also commit media leaders to action on gender inequality and sexual harassment.

Perhaps most importantly, the AMI Principles call on media leaders to work together to promote law and policy reform that will help the sector as a whole. This means, as the AMI document explains, setting up associations where these do not exist.

Not ending there, the Principles urge media leaders to support self-regulation, and to set up channels like an ombud to deal with public complaints. The leaders should also commit to regularly review ethical goals, targets and performance against universal codes.

A new and relevant code is the Media Transparency: New Sustainability Reporting Guidelines for Media Organisations by the Global Reporting Initiative, also being launched on World Press Freedom Day.

What’s in it for media leaders to take up the opportunity and endorse the AMI Principles?

First, they will be showing a proactive stance that makes clear which media houses have a conscience and are proud to say so. Second, they the leaders — and not outsiders — will set a standard against which their media houses can be assessed. Third, they will be helping to build a strong sector of like-minded media internationally.

The greatest benefit of all is explained by AMI as follows: “Best practice by media owners and managers is the best defence against attacks on media freedom and the most secure foundation for media development.”

This outcome of the AMI Principles would be not just of value to media leaders and their enterprises. It is also something that is squarely in the interests of society at large. In short, the AMI Principles make a significant contribution to our collective rights to free speech, because they put emphasis on expression that is sustainable because it is ethical.

If we don’t want African information menus to be dominated by rotten fish, we should be urging media houses everywhere to embrace and implement the African Media Initiative.

Guy Berger worked with AMI in 2011 in developing the Principles. He is now the director for freedom of expression and media development at Unesco.