Two women battle it out for winning $1mn lotto ticket 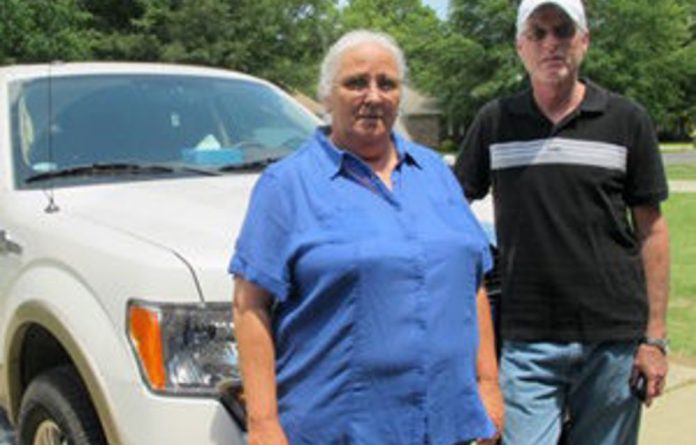 When she plucked a winning lottery ticket out of a bin, Sharon Jones’s luck changed instantly. The $1-million prize let her pay off debts, give thousands of dollars to her children and buy a gleaming new pickup truck.

But now her jackpot is in jeopardy. A judge ruled this week that the money belongs to another woman, who says she threw the ticket away after a lottery machine incorrectly told her it was a loser. The Arkansas lottery commission insists there are no problems with its equipment.

“Why does she have the right to come back after she’s already thrown it away and say, ‘Oh no. Now that it is a winner, I want the money?'” said Jones’s husband, William, who was laid off last year after working in construction.

Sharon Jones claimed the $1-million prize last July, turning in a scratch-off Diamond Dazzler ticket that the other woman, Sharon Duncan, said she purchased earlier at the Super 1 Stop convenience shop in Beebe, about 56km north-east of Little Rock, the state capital.

Duncan told a judge she discarded the ticket after an electronic scanner told her it was “not a winner”.

“And then the next thing you know, 10 months later, you’re fighting for something that was trash,” William Jones said.

Fail proof
Years ago, Sharon Jones quit her job washing dishes at a cafe to tend to her father-in-law as he was dying from a lung disease. She often collected discarded lottery tickets because they can qualify for secondary prizes. What used to be her father-in-law’s bedroom now contains three large plastic bins full of thousands of old tickets — and a copy of the winning ticket.

Jones discovered the ticket was a winner when the state’s database wouldn’t let her enter the ticket number.

The state lottery commission said it is confident its machines work properly. “We’ve never had a report of a mis-scanned ticket,” spokesperson Julie Baldridge said.

William Jones said the couple was living wage-to-wage before hitting the jackpot. After the two claimed their prize money, they looked to buy a house to replace the ranch-style home they live in now.

“That was one of the first things on our agenda,” he said, explaining that their plans all “got shattered” when ownership of the ticket was disputed. A judge issued a restraining order — but only after the Joneses spent some of the money.

The two now have about $490 000 remaining from the $680 000 they received after taxes. They say they gave tens of thousands of dollars to their children and about $4 500 to a relative who has a child with Down’s syndrome.

Found money
One of Duncan’s attorneys said his client isn’t ready to talk about the lottery ticket yet. Another lawyer, James “Red” Morgan, argued in court that she simply made a mistake by throwing away a $1-million ticket and that the only right she willingly parted with was to enter the ticket for the possibility of a secondary prize.

White County Judge Thomas Hughes concluded that Duncan bought the winning ticket, even though lottery records and store security video didn’t synch up to the precise timing of the purchase. He ruled that Duncan never abandoned her right to claim the winnings.

“The $1-million was never found money,” the judge said on Tuesday.

Lottery officials investigated Jones’s account of finding the ticket and were satisfied with it, lottery security chief Lance Huey testified.

Attorneys for the Joneses plan to appeal the judge’s decision. In the meantime, the remaining money is in limbo. Asked what the pair would do if they had to turn over a full $1-million, Jones laughed.

“I hope I don’t have to answer that question,” he said before confiding that there’s no way they could pay back the money.

“We’ve still got each other,” Jones said. “We’re going to live regardless.” — Sapa-AP