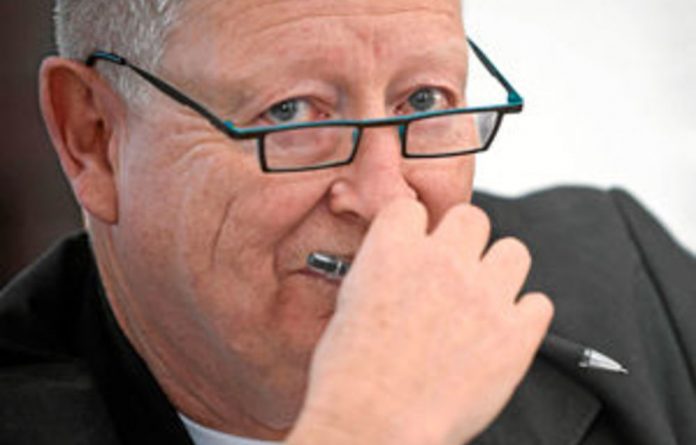 If you thought a book with the title of Thieves at the Dinner Table by a former head of the Competition Tribunal, which deals with setting up and enforcing competition law in the new South Africa, would mainly be about the legion of South African companies that have fallen foul of the law, you would be right.

The “impressive and growing” list of companies that have lined up at the Competition Commission’s door to fess up to their many years of unlawful collusion include Adcock-Ingram, Sasol, Murray & Roberts, the Aveng group, the Premier Group, Pioneer Foods, Foodcorp, South African Airways, Comair and the Reclamation Group, says author David Lewis, now the head of the Cosatu initiative Corruption Watch.

The price-fixing and bid-rigging have been so pervasive in so many sectors that collusion could be seen to be the way South African business does business.

But surprisingly, given the extent and breadth of the anticompetitive activities of South African companies, it is not a private sector individual or company that attracts most of Lewis’s ire.

This is reserved for the government in the form of the economic development department and in particular its minister, Ebrahim Patel.

The competition authorities, the Competition Commission and Competition Tribunal, fell under the department of trade and industry until it was moved in 2009 to the economic development department, after the new ministry was created by President Jacob Zuma.

Lewis’s key issue is that Patel, for example, through his involvement in the Walmart investment, has sought to politicise the work of the competition authorities, which have achieved some success to date precisely because their structure frees them from political interference.

Competition lost
He says the big losers from Patel’s intervention in the Walmart fiasco — “apart, of course, from South Africa’s consumers and the country’s general economic prospects — are the competition authorities.

“Their decision-making powers and their independence has been attacked in the most destructive manner. Instead of having the courage or honesty of purpose to amend legislation and assume clear responsibility for the merger decision, the ministry of economic development, by leaving the process opaque, has in effect held out that it, rather than the competition authorities, is the arbiter of mergers, but has nevertheless left itself the out to pass the buck to the competition authorities when necessary.”

Lewis says the competition authorities have gone through successive ministerial regimes. The first, that of Alec Erwin, saw the depoliticisation of competition policy and an absence of intervention by the minister.

His successor, Mandisi Mpahlwa, presided over a department poor in capacity, meaning the competition authorities were left alone. Rob Davies, he says, was saddled with the same incompetent department division and “so there was not much change from the inactivity of his predecessor”.

Patel, who took over in 2009, “is extremely interventionist and given to micromanagement. His modus operandi is to secure bargained outcomes between adversaries.”

Lewis says he had a gnawing concern when Patel took ministerial responsibility for competition enforcement because “competition law is at best an indirect instrument and so does not lend itself to bargained outcomes”.

But the freshly minted Patel wasted little time in raising his profile on competition issues, specifically a settlement with Pioneer Foods whereby the Competition Commission brokered the payment of a R250-million penalty to endow a fund to be managed by the Industrial Development Corporation to assist new entrants and small firms active in the baking and milling markets.

Lewis says that, in the nature of things political, Patel attempted to take as much credit for the innovative remedy as he could.

Although Lewis had left office because his term as head of the tribunal was up, he “experienced a distinct pang of disquiet at the high-profile role assumed by Patel”. He was concerned that this could create the impression that a minister is able to influence the outcome of competition investigation and adjudication.

Knack for meddling
Lewis says his concern stemmed in part from Patel’s proclivity for micromanagement and unbounded intervention, fearing this is “but a short step to attempts at ministerial intervention in ongoing competition investigations in an effort to attain some or other industrial policy objective”.

He writes that his views were soon vindicated. The treasury took the view that the settlement with Pioneer amounted to an appropriation of public funds, a function that falls squarely within its responsibilities and prerogatives.

The matter was only settled after the treasury briefed counsel to oppose the consent order.

Lewis says that the outcome was only determined after a political fight between Patel and Finance Minister Pravin Gordhan, which was “to put it mildly, extremely unfortunate”.

This was later compounded by the Walmart “fiasco”.

He says that in the cases of foreign investment and industrial policy, the government, or at least the economic development department, wants to use the application of competition law to produce the outcome it desires.

“[The] government clearly views foreign direct investment with great suspicion and has tried to use the competition authorities to take its decisions for it.

“Or worse, it attempts to influence the competition and public interest outcomes that are the statutory responsibility of the competition authorities by conducting parallel and often conflicting negotiations with the firms, thus returning us to a pre-1999 era of the smoke-filled room.”

Lewis describes the foreign investment process: “All the intervening body … can do is hang around, highwayman fashion, at a narrow pass and wait for someone to try and get through. It may be a poor straggler, or it may be a gold-laden stage coach. This, and the strength of the desire to get through the pass, will determine the size of the … pickings.”

He says that in the Walmart case the intention was to impose procurement conditions on a single firm and secure a variety of good labour practices, arguing that if the government wishes to have an investment policy that discourages certain investors, it should develop this policy and not try to achieve these aims through politicising the implementation of competition law.

“The really distressing prospect is that the interventions of the economic development department may not merely represent discrimination against foreign firms. They may rather represent the minister’s views on the appropriate locus for competition issues and so may not extend beyond foreign acquisitions or beyond mergers.”

The problem is not with having public interest criteria included in the Competition Act, but “with a state department that has unilaterally, and without following the requisite statutory and administrative processes, decided to depart from a policy which has enshrined, in statute, the independence of the competition authorities.”

Lewis concludes: “The dangers lurking out there have shifted, even abated somewhat, but there are still dangers aplenty. No one relishes or invites a conflict with powerful interests, be they large monopolies or an overzealous state. But if it must be engaged, then with careful strategising, confidence in a well-deserved public reputation, a willingness to listen and a good Constitution, it is possible to envisage that disagreement will lead to, in fact, may be responsible for, constructive outcomes.”

The Mail & Guardian invited Patel’s office to respond to Lewis’s views. There was no response at the time of going to press.

Baying for Walmart bounty
It is hard to capture the whole sorry Walmart story in the space of a few paragraphs, says author David Lewis. “However, it is common cause that there are no competition issues at stake in the Walmart-Massmart merger.” The South African grocery and general retail market, he says, is for the most part intensely competitive.

“But Walmart carries some unpalatable baggage, not least a reputation for poor employment practices and a particularly aggressive anti-union stance.”

He says, though, that concern about possible job losses has been overblown. “The evidence clearly suggests that the direct employment consequences of the merger are, if anything, likely to be positive.”

The economic development department’s concern has been that Walmart would substitute imported — read Chinese — goods for South African products. Minister Ebrahim Patel wanted a commitment that the merged entity would maintain local procurement at the pre-merger level.

Walmart would not submit to this condition, effectively the imposition of a local-procurement quota. Patel chose to intervene late in the process, not by making submissions to the commission, but by entering into private negotiations with the merging firms, says Lewis.

The tribunal ultimately approved the merger, but imposed employment and industrial-relations conditions that have been uncontested by the merging parties. It refused to impose procurement-related conditions.

Remarkably, says Lewis, the three ministers involved, representing economic development, trade and industry and agriculture, have chosen to appeal on the “extremely flimsy grounds that the tribunal had limited the extent of discovery it had asked for and that the tribunal had limited the number of witnesses it would hear”. He says this is to extort a larger bounty, suggested to be R500-million rather than the agreed R100-million, from the merging parties for the mooted industrial development fund.

“The economic development minister is effectively saying that merger decisions will be used to exercise leverage to attain industrial policy goals. This will be done by politicising the decision-making process by effectively compromising the ability of the competition authority to make independent, evidence-based decisions.” — Kevin Davie

A river runs through the boardroom
“We had a spanking new building in an office park in the east of Pretoria. For the most part, it was a functional office block designed to accommodate the specific requirements of the commission and tribunal.

“There were, however, some decidedly dysfunctional aspects, none more so than the tables in the various boardrooms. Each was named after some or other feature of the African continent. And so there was an ‘Africa’ room, a ‘Kilimanjaro’ room and a ‘Nile’ room. Wherever possible, the tables in these various rooms were designed to represent the name of the room. And so the Africa room, the largest of the meeting rooms, had a table shaped like the African continent, with the horn creating some intractable seating arrangements — those sitting on the West African coast had their backs to those sitting along the southeastern coastline.

“The Nile room had a long narrow table with a sluice of water filled by some sort of pumping device representing the great African river.

“After a very short while, the pumping device broke down. I am told that it finally burst its banks during a meeting with one of Johannesburg’s leading corporate and competition attorneys, soaking his trousers.

“From that time on, the commission’s Nile ran dry. Thankfully, furniture consultants did not attempt to design a table replicating Kilimanjaro.”

This is an edited extract from Thieves at the Dinner Table