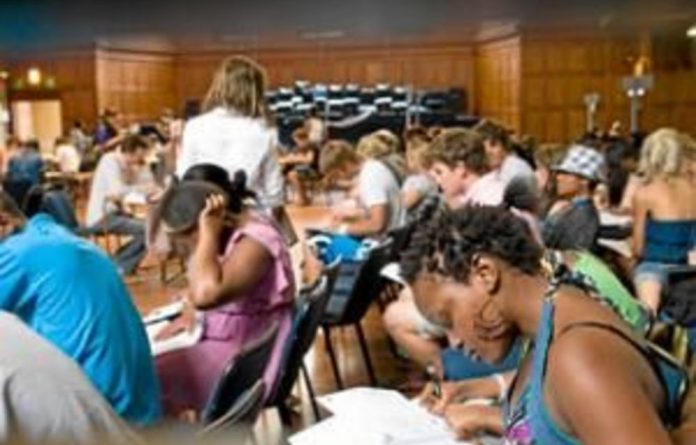 During the 1970s, while I was in late primary and then secondary school, our Rassool family often drove along Rhodes Drive and Modderdam Road, past the ­University of Cape Town (UCT) and the University of the Western Cape (UWC), which in turn always provided opportunities for conversation.

After we had passed Mostert’s Mill along the old Rhodes Estate (land bequeathed by Cecil John Rhodes to the people of Cape Town), en route to a braai at Silvermine or an afternoon at an apartheid beach, UCT, majestic on the hill, would come into ­dramatic view. My mother would gaze longingly at its fields and buildings and exclaim to my sister and me: “That is where you will study one day!”

In the exchange that followed, my parents would reiterate the importance of education and their words would express a longing for a vicarious experience of higher learning. They had not been given the ­opportunity to complete high school.

These discussions set off an initial interest in entering the spaces and circles of UCT, one that later grew when, as a member of a youth club, we made use of the gymnasium and other spaces of the university’s upper-campus students’ union.

There were problems with this attention, however. These were the heady days of apartheid and UCT had been reserved for white people. But still, UCT students looked so cool with their long hair, beards and hip denim clothing and they pointed with their forefingers when they hitchhiked, not with their thumbs like everyone else did.

Dangerous ideas
And some of them had ideas. In my last years of high school, after the turning point of 1976 had done its work of the politicisation of young minds, a few of us from Harold Cressy High School were encouraged by a radical physical training teacher and UCT sociology graduate student to attend debates and discussions in his former department. For this, I learnt later, the young teacher got into some trouble at school, perhaps for exposing pupils to attention from the apartheid state, or perhaps even to ideas about resistance that might have been frowned upon.

As much as a yearning for university studies on the lower reaches of Devil’s Peak had been instilled in me, so scepticism and a suspicion had also been inculcated about the meaning and value of UWC.

When driving along Modderdam Road in the 1970s on a Sunday en route to family in Bellville, you had to take care when approaching UWC on the right side shortly after you went past the suburb of Belhar.

This was dangerous territory, but not because of any potential violence. This was Coloured Representative Council territory, close to where the council met and where many of its members lived. This area was thought to be in a vice grip of ­collaborationism, that old condition of false consciousness that made opportunists actively work with the institutions of their oppression.

But as you drove a little further and the signs pointed to UWC, the parental instruction was swift and resolute: “Look to your left and do not look to the right!” For this was the “bush college”, a site not just of unequal education but also of inferior education, in a university specially created to produce compliance and mediocrity. And you were implored to look the other way for your own protection, in case you got tainted or infected by this condition.

At the end of my schooling, out of 36 in my class, three went to UWC and 32 to UCT, myself included. This drift towards UCT occurred despite apartheid and the anti-apartheid movement’s abhorrence of the permit system. With the assistance of my parents, I applied to the department of coloured affairs for a permit to study law at UCT.

No application was made to UWC, not even as a fall-back. Securing the permit was not guaranteed. The grounds on which you could apply did not include convenience or any other preference. Indeed, the only possible argument that you could raise was that you needed to study a course not offered by UWC.

My permit course for the major of my BA was comparative African government and law, which had emerged out of the old course in native administration, now reframed through the lens of underdevelopment theory. With supreme irony, I would also study African history at UCT, another course not formally offered at UWC in the late 1970s and early 1980s.

Changes in apartheid
All through my matric year, the nature of apartheid in universities and the permit system were subjects of political debate at Harold Cressy, where teachers encouraged such discussions and political structures among pupils were starting to emerge. These were times of reform and repression in the history of apartheid. The nature of apartheid was starting to change and attempts were being made by the apartheid state and capital to replace the white working class with the black middle class as its ally.

Within the ranks of the liberation movement, the application for the permit to attend university was perhaps the only instance in which you could “work the instruments of your own oppression” without suffering any consequence of being shunned.

Although this exercise might not have been actively encouraged, it was not frowned upon. But you were taught very clearly that, in colluding with your parents in the application ­process and in abiding by the ­conditions of the permit, your only purpose in entering the white ­university was to study.

You went to class and to the library and you did your work in an ethos of being present under protest. Under no circumstances did you partake in the social and political life at the university or use its sports facilities, because that would have been tantamount to a form of collaboration with the instruments of your oppression. As much as there was a pretence of “openness”, UCT was a university of apartheid and so you were encouraged to do your politics “in the community”.

But this was also UCT after Soweto and the politicisation among students had started to increase. White student organisation went through a period of radicalisation, reeling from the critique by Black Consciousness.

Student politics
Black students gathered together on the red level of the students’ union, shared slap chips and built forms of solidarity around their shared world of the shadows of UCT and the need to analyse South African society. This was a new era of student politics and of student-community relations that built on the forms of solidarity thrown up during the 1979 Fatti’s & Moni’s strike.

In the meetings of the Committee of 81, held in Athlone over weekends, the new layer of young ­radical activists began to emerge. As ­student leaders were detained, new ones took their place in the leadership of the boycott. Students were galvanised into political action amid ­growing protests and political ­solidarity through the bus boycott led by the bus action committee and a red meat boycott involving workers who were members of the General Workers’ Union.

As the Committee of 81 released its manifesto, “From the Schools to the People”, its leaders became members of the bus action committee and liaised with unions about ­solidarity boycotts and other action.

In the ­following year, worker-student ­solidarity action continued after a motor-worker’s strike at Leyland was followed by sympathy strikes in the motoring sector. It became clear from this emerging field of complex political organising that some of the most far-sighted ­emerging leaders came from UWC.

Far from being victims of ­apartheid, immersed in inferior apartheid education at a bush ­college, a layer of student leaders had begun to mobilise and organise on a more radical basis. And UWC was also the main space from which many of the ideas emerged that fed into the Committee of 81 and the concepts of comradeship and ­student-community solidarity that were beginning to emerge through relations of solidarity with trade unions and other bodies.

Ciraj Rassool is professor of ­history and chairperson of the history department at the University of the Western Cape, where he also directs the African programme in museum and heritage studies.

This is an edited extract from the book Becoming UWC.

There are alternatives to pushing emergency remote learning at universities