From cheers to tears 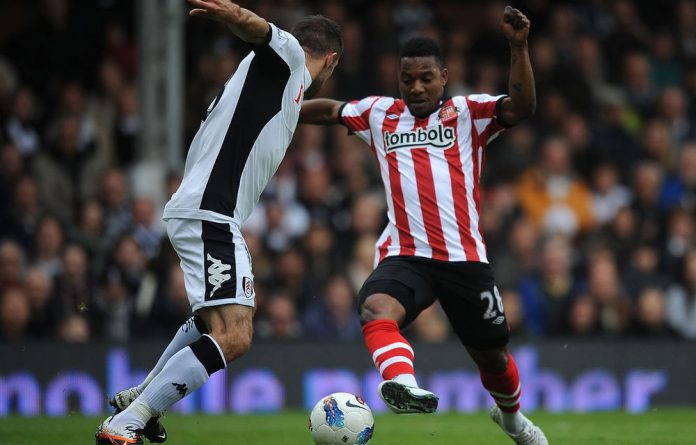 It was not exactly adult behaviour the other night, but I was on my own and there was a good reason for it. I had collapsed on the floor in front of the telly, like Cristiano Ronaldo does when someone frowns at him in the opposition penalty area. I was squirming. Grunting. Grabbing my head in frustration.

“What was wrong?” my wife asked when I managed to pick myself up from the floor a bit later and slump into the bedroom. “I thought you were being attacked in there.”

“Nothing,” I said meekly. “It was just that my guys, Barcelona, lost against Chelsea in the Champions League semifinal.”

She said nothing but gave me the look that women get when dealing with inappropriate male behaviour.

There was an interesting column by Soccernomics co-author Simon Kuper in the Financial Times on why people follow football. He says it is a great myth that most spectators are “helpless, lifelong fans of one club, bound to it by blood and soil”.

According to surveys by the Sport+Markt consultancy, 90% of English fans of Chelsea in 2006 had not supported the club in 2003. So although few English fans — and I am sure that applies here in South Africa too — are “lifelong diehards”, most are not glory hunters “who only watch winning teams” either. Kuper and co-author Stefan Szymanski find that most spectators go to watch a “plausible team playing locally in a comfortable stadium — winning matters less to them than having a pleasant experience”.

My support of four teams, Barça, Arsenal and Kaizer Chiefs in football and the Lions in rugby, has not been a “pleasant experience”, especially this season. My relationship with them has been more than some fleeting flirtation simply because they have won some pretty cups — it has been more like a marriage, through good times and bad. It is perhaps best to describe me as a sports polygamist.

The Lions have been my MaKhumalo. We have been in a relationship since I was about six when my dad took me to Ellis Park and I fell head over heels in love with what was then known as Transvaal. They changed their name to the Lions in 1993 after unification with the non-racial South African Rugby Union.

As a result of my own politicisation in the late 1980s, we were separated. During apartheid I boycotted the team and went to play nonracial rugby in local townships. But my love was rekindled after unification when my township teammates and I started going to Ellis Park again. In the 1990s we won three Currie Cups and the Super 10, involving Australian and Kiwi clubs.

The big slide started in the 2000s with poor performances and an exodus of great players such as André Vos, Rassie Erasmus, Gcobani Bobo, and, more recently, Jaque Fourie and Willem Alberts.

Last year was a pleasant blip with the Lions beating the Sharks 42 to 16 in the Currie Cup final. But this year has been an unmitigated disaster in Super Rugby. They have lost all but one match so far and are likely to get butchered on their upcoming Australasian tour.

My love for football started on the farm where I grew up. My friends were the workers’ sons and they taught me the game.

My favourite team was Highlands Park, which played in the National Football League (NFL). I remember milking the cows with the radio on, listening to how the red-shirted Highlands, with exciting players such as Stewart Lilley, Chris Chilton, Hennie Joubert, Jingles Pereira and Bobby Viljoen, were beating some or other hapless club. They were the last to win the NFL championship in 1977 when it was dissolved.

When it came to choosing a new team to support I adopted a bit of the “blood and soil” approach to which Kuper referred. My best friend on the farm was a Chiefs fan so I followed him there. My older brother, who is still running the farm, has always been a Buccaneer — his plaasboer (farmer) outfit of two-tone shirt and khaki shorts is never complete without his black Bucs cap.

Over the years the Amakhosi have brought me great joy — six National Premier Soccer Leagues, three NSL and two of the current Premier Soccer League titles. Teenage Dladla, Computer Lamola, Ace Ntsoelengoe, Fani Madida and later Lucas Radebe, Neil Tovey and Shoes Moshoeu are just some of our greats. And who can forget us winning the PSL championship in the last match of the 2004-2005 season? That was the last time we won the league. The Telkom Knockout in 2010 was our last cup win.

Fast forward to Chiefs’ current nightmare. At the time of writing, they have lost four matches on the trot — no, make that a drunken stumble. My other two “wives” are having a better season, but then the base for comparison is low. My decision to start supporting Arsenal in the 1970s had more to do with blood than with soil. Some of my ancestors are Irish and with players such as the brilliant Liam Brady, Frank Stapleton and David O’Leary it was a natural “hook-up”.

My relationship with Barcelona started in 2005 as a political date — the matchmaker was a fellow lefty, who has been a Barça fan for a long time. Their anti-fascist history, as well as the fact that they are owned by their supporters, not some distant capitalist, appealed to me in a big way.

The world’s best players, five La Liga and three Uefa championship titles since then have made us the proverbial match made in heaven.

But the last fortnight or so has put strain on our relationship. Out of the Uefa champs, Real Madrid winning La Liga and coach Pep Guardiola leaving has made it a highly emotional time. With all my teams having “issues” I am, as has happened so many times before, “reconsidering”. It is existential stuff.

Our teams’ are not just like our version of soapies, which keep us busy on weekends. It goes beyond that. While many fans don’t physically participate in sport, they still do so by proxy through their support for clubs, provinces or national teams — the players are the fans, living out their fantasies, their joys, their successes and, sadly, often their failures.

So how do the great thinkers make sense of it?

What Plato wrote in The Republic could apply to more than athletics: “Excessive emphasis on athletics produces an excessively uncivilised type, while a purely literary training leaves men indecently soft.” Applied to passionate fans, it could probably be translated as “do not be a hooligan”.

Albert Camus was more charitable when he loftily wrote: “All that I know most surely about morality and obligations, I owe to football.” But then, he was a goalie for a top Algerian club.

There is, however, a modern philosopher who looked specifically at the condition of the sports fan. Football fan and professor of metaphysics at the University of Nottingham, Stephen Mumford, divides fans between partisans and purists.

“The partisan and the purist can see a different game, even if they sat next to each other in the stadium,” he wrote in the Times Higher Education last year.

“The purist and the partisan can see different games, because one regards it aesthetically while the other sees the contest primarily as something to be won.”

Mumford, who recently published a book called Watching Sport: Aesthetics, Ethics and Emotion, believes we should advocate the aesthetic perception of sport.

“It might be contended that the purist misses something that is essential to sport,” he says. “It is all about a quest for victory, complete with all the emotional intensity, positive and negative, that accompanies it.

“I certainly want to see both sides give it their all and aim directly for victory rather than try to put on an artistic show for me, but their all-out striving for victory is what makes it an aesthetically pleasing spectacle.”

His unusual approach sounds quite appealing: “I am happy to see winning, but I don’t mind which of the teams I am watching achieves it. And when I look for the beauty of football, from my neutral stance, I feel I see at least twice as much as the partisan.”

I am willing to try his approach this weekend, but I am not sure how long it will last.

That other philosopher Homer Simpson’s take is perhaps easier. “Son,” he told Bart, “when you participate in sporting events, it’s not whether you win or lose, it is how drunk you get.”