Good deeds undone by corrupt ones 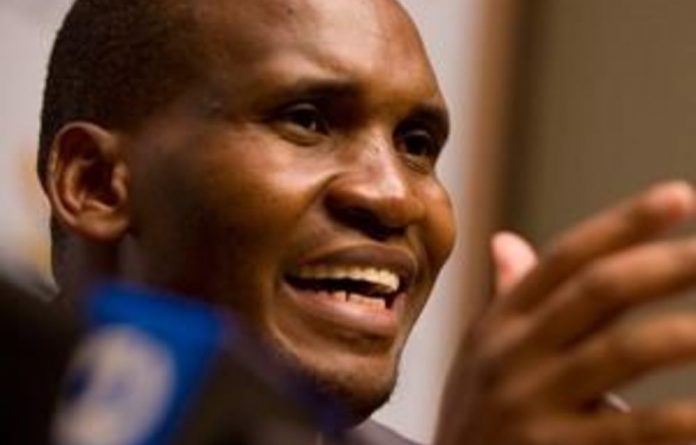 Former co-operative governance and traditional affairs minister Sicelo Shiceka was a complex and tragic character. He rose from being a radical black consciousness proponent, communist ideologue and ANC activist only to end up being swallowed by materialism and the bling lifestyle and culture.

The end was not pretty: it was sordid, dark and peculiar. Shiceka died on Monday at the Mthatha General Hospital in the Eastern Cape after being sick with an undisclosed illness for the past few years.

His promising political career ended in controversy after he was accused of using public funds to finance a lifestyle befitting a millionaire and to pay a visit to Switzerland to see a girlfriend who had been jailed on drug-related charges.

During the December 2008 trip, Shiceka spent R335 000 flying first class with his personal assistant and a further R32 000 on a chauffeur-driven limo for the prison visit.

Shiceka’s extravagance, which included spending R55 793 on a one-night stay at Cape Town’s One&Only hotel, led to calls by opposition parties for his removal from office.

And while on sick leave last year he tried to get his department to pay a hotel bill for a stay in Maseru, Lesotho, where he spent four nights with his mother and bodyguard.

The allegations against Shiceka were later investigated at the request of Parliament’s ethics committee by public protector Thuli Madonsela. She found that Shiceka had acted unlawfully, misused public money and contravened the Cabinet’s code of ethics as well as the Constitution.

Shortly after Madonsela submitted her report, President Jacob Zuma fired him from his Cabinet during a major reshuffle in October.

At the time of the reshuffle, Shiceka was critically ill and had been admitted to a private clinic in Midrand after complaining of chest pains. According to sources close to him, he received a call the night before his sacking from his special adviser, Nhlakanipho Nkontwana, informing him that the president wanted to see him as a matter of urgency.

Moments later a jocund Shiceka asked permission from his doctors to leave the clinic and assured them that he would be back after a short meeting with the president at the Union Buildings in Pretoria.

“He was in a good mood and thought the president wanted to discuss the findings of the public protector’s report with him,” said a source. “However, Zuma took him by surprise when he told him his time was up. It took roughly five minutes for Zuma to explain himself. He [Shiceka] came back to the hospital in a bad shape afterwards. He was shattered.”

Until his death this week, Shiceka maintained his innocence, arguing that the evidence used to support Madonsela’s findings should be dismissed because it was not given under oath and he was not afforded an opportunity to challenge it.

Shiceka’s corrupt activities overshadowed a formidable political career. During his term as minister, more than 38 municipalities around the country were investigated for fraud and corruption by the Special Investigating Unit.

North West topped the list: all its 25 municipalities were investigated, followed by six in Eastern Cape, five in Mpumalanga and two in Gauteng.

This week the Municipal Workers’ Union told the Mail & Guardian that the new minister of co-operative governance and traditional affairs, Richard Baloyi, should release the Special Investigating Unit’s report into corruption in North West municipalities.

“It was a bold step on his [Shiceka’s] part. He wanted to fix local government in the manner we thought was necessary,” said spokesperson Mthandeki Nhlapo. “Death robbed us of a man who had a very good vision for local government.”

Political analyst Mcebisi Mdletyana told the M&G that Shiceka’s attempts to “depoliticise” and “professionalise” local government through the Municipal Systems Amend­ment Act earned him enemies in the ANC and its alliance partners, labour federation Cosatu and the South African Communist Party.

“The Municipal Systems Amendment Act, which was spearheaded by him, was very unpopular because political parties could no longer deploy their cadres to top municipal positions and this caused him a lot of enemies,” Mdletyana said. “He was a very dedicated Cabinet minister and showed a lot of energy and had a strong grasp of local government issues. It was under him that a new turnaround strategy and audits into municipalities were done. He was thorough, honest and courageous.”

Mdletyana said Shiceka did not live long enough to leave behind a discernible legacy. “His record was self-contradictory. Although he did great work in government, he was unfortunately prone to excess. His preference for an indulgent lifestyle, I am afraid, overshadowed what was otherwise good work in government.”

Shiceka leaves behind 19 children, two sisters and a brother.

He will be buried on May 12 in Midrand. — Charles Molele