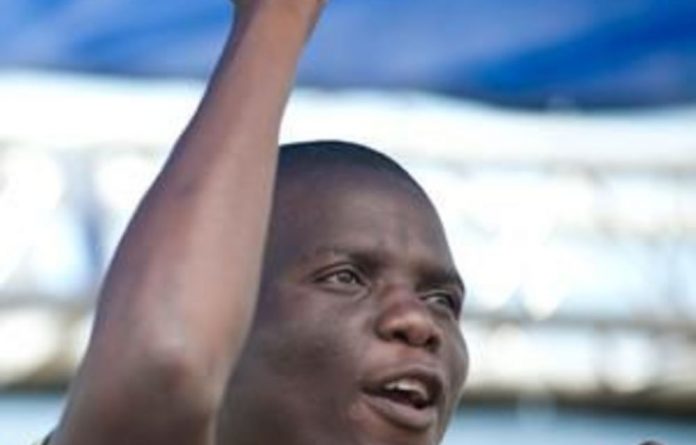 President Jacob Zuma came face to face this week with ANC Youth League leaders, who presented a strong case for the dismissal of the sentences against expelled leader Julius Malema and his suspended colleagues.

After a protracted cold war, the league’s deputy president, Ronald Lamola, and members of his national working committee finally met the ANC’s top six leaders at Luthuli House in Johannesburg on Monday.

But the meeting was short because party leaders were expected at Workers’ Day celebrations. Another meeting was planned for the near future, at which the ANC leaders hoped to respond to the league’s presentation, said party spokesperson Jackson Mthembu.

The ANC’s top six leaders have been divided over the decision to charge the league’s leaders. Whereas Zuma, ANC secretary general Gwede Mantashe and national chairperson Baleka Mbete (who was absent from Monday’s meeting) led the charge against the young lions, Deputy President Kgalema Motlanthe, treasurer general Mathews Phosa and deputy secretary general Thandi Modise are said be more sympathetic.

The youth league wants to replace Zuma with Motlanthe and Mantashe with former youth league president Fikile Mbalula at the Mangaung conference in December.

The Mail & Guardian understands that the league handed in a document presenting its case in terms of why it believed the disciplinary action instituted against its leaders was politically motivated. It also provided examples that showed the disciplinary processes were marred by irregularities and poisoned with political interference. It pleaded for Malema, suspended secretary general Sindiso Magaqa and spokesperson Floyd Shivambu to be reinstated. It also made a case for the ANC’s national executive committee (NEC) to review the decisions by the disciplinary committees in the hope that the matter would be on the agenda at the committee’s meeting later this month.

AGAINST CHARGES BEING DROPPED

“The meeting sat on Monday and the league presented a lot of issues, detailing everything — the many irregularities — We are applying to get the case into the next NEC meeting. We want to get our leaders back,” said a youth league leader, who was not authorised to comment officially.

LESS AGAINST CHARGES BEING DROPPED

Among the points raised in the report was the decision to charge the league leaders as individual ANC members for a resolution of the collective league structure. This, said the league, was in violation of a clause of the ANC’s constitution, which forbids disciplinary action to be used to stifle debate and settle political scores.

It argued that when it had asked the ANC which clause was violated — with regard to the charge that sank Malema relating to the league’s stance on Botswana — the party failed to provide it. Instead, said league leaders, the ANC presented them with a Southern African Development Community document. They charged that the national disciplinary committee had deliberately communicated incorrect information to the media as part of smear campaign, which had misled the public.

The league also questioned the objectivity and fairness of national disciplinary commission members and stood unwaveringly by its belief that the process had been used to settle political scores and purge the league of its leaders — who were championing the call for the nationalisation of mines, land distribution without compensation and the call for regime change in the ANC. The decision by the national disciplinary committee of appeals to suspend Magaqa for a year — despite him having withdrawn his motion to appeal — “showed without a reasonable doubt that the process was politically motivated”, stated the youth league.

The league’s NEC was expected to meet this weekend to discuss the judgments and sentences and plan ahead. Provincial and national youth league leaders this week said that Malema, Magaqa and Shivambu should attend the meeting, because as far as they were concerned they remained leaders until 2014.

Meanwhile, in the disciplinary cases against party veteran Ben Turok and ANC MP Gloria Borman, the ANC is said to be considering a “political solution”. Turok was charged after he walked out of the national assembly shortly before a vote on the proposed Protection of State Information Bill in November, whereas Borman abstained from the vote. Depending on how the party deals with the cases, it might provide ammunition to the league’s argument of bias in disciplinary matters.