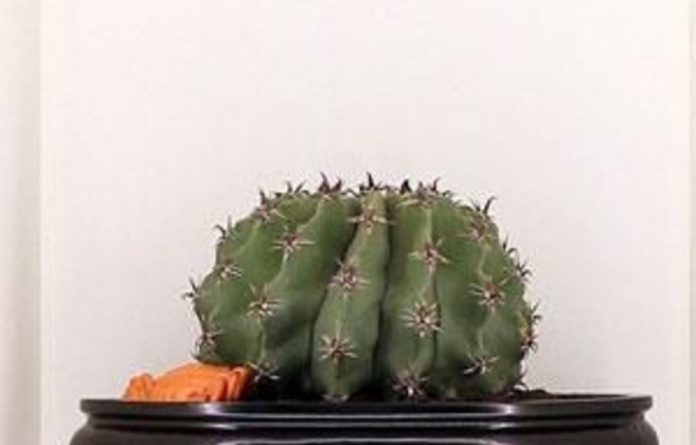 After the vast emptiness of ­the Tate Modern’s Turbine Hall, Ai Weiwei this week filled a London space that could hardly be more of a contrast: a white cube that measured precisely 40cm by 40cm by 40cm.

The Chinese artist’s work, a cactus and a crab, went on display for a month at the Pippy Houldsworth gallery in London.

Ai is prevented from leaving China by the authorities, but is out of jail following his release last year. He was jailed for three months on suspicion of “economic crimes”, although his family and supporters said it was in retaliation for his social and political activism.

He is keen for people to make their own interpretation of his latest work, called A Living Sculpture, but it is hard not to see parallels between the piece and Ai’s situation.

There is the living cactus — hardy, resilient, prickly — surviving in a confined space under the glare of a spotlight. Then there is the crab, with its nasty claws, making a move on its spiky partner.

The gallery has had to procure the cactus, an Echinopsis, which turned out to be more time-consuming than expected.

“It was not that easy at all,” said the gallery’s Carsten Recksik, who spent a large part of last month on the telephone trying to find a suitable specimen.

“Ai was very specific on the variety. I called dozens, hundreds of garden shops. I am not really into plants, but I am a bit now.”

The result is a 15-year-old cactus, they think.
“It’s difficult to tell,” said Recksik.

The space is a black incision in the wall in which there is a suspended, brightly lit box.

“We commission emerging and established artists to do whatever they want in the box,” said ­Houldsworth.

Ai, who is a cacti collector, came to the attention of the wider British public when he filled the Tate’s Turbine Hall with millions of life-size porcelain sunflower seeds.

His work will also be on display in the next few months when he designs the Serpentine Gallery pavilion with the architects Herzog & De Meuron, with whom he collaborated to design the Bird’s Nest stadium for the Beijing Olympics. —