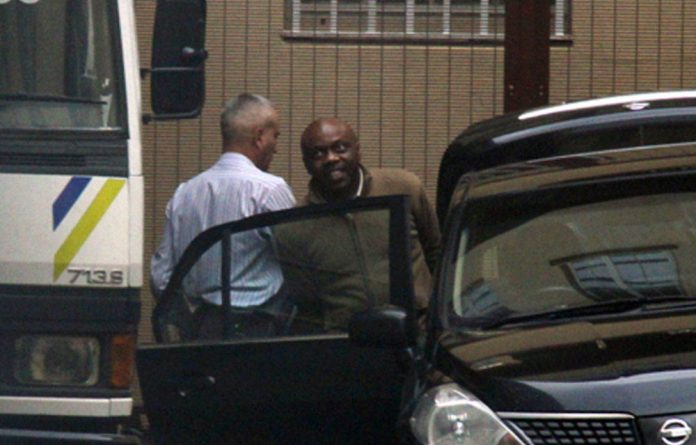 Nigeria’s President Goodluck Jonathan’s office rejected accusations Okah made in Monday’s request for bail in South Africa, where he was arrested and will stand trial for bombings in Nigeria’s capital that killed 12 people during 2010 independence celebrations.

Okah’s lawyer, Jacques van Greunen, said on Monday that Okah’s bail request had been delivered to the prosecutor and will be filed with the court Tuesday. Nigerian media had reported earlier on the contents of the affidavit, apparently leaked by Okah from jail.

In the bail request made available on Monday, Okah argued he should be free on bail pending trial because he is innocent. Okah said Jonathan’s government orchestrated the bombing to eliminate a rival and to fan ethnic tensions for political gain.

In a statement issued last week, Jonathan’s spokesperson Reuben Abati said the president’s office “categorically affirms that these allegations are false in their entirety and without any factual foundation.”

Abati did not elaborate, but said Jonathan’s government would have more to say to the South African court. The trial is set to start in October.

Rejected bail
Okah has been jailed in South Africa since being arrested here shortly after the October, 2010 bombings. He is charged under South African terror laws. Nigeria has not requested his extradition.

A South African judge rejected an earlier bail request from Okah. During earlier bail hearings, prosecutors presented evidence they said was drawn from Okah’s diaries and computer correspondence that they said bolstered accusations he masterminded the October bombings. In his new request, Okah argues the state’s assertions are not supported by its records of his phone calls and messages and emails.

Nigerian officials say Okah leads the Movement for the Emancipation of the Niger Delta, which he denies. Okah alleges in his latest bail application that Jonathan’s government worked with a faction of MEND to launch the attack, and had planned to blame it on northern militants. Okah alleges that plot was derailed when another MEND faction claimed responsibility for the bombings.

MEND accuses Nigeria’s government of failing to alleviate poverty in the delta, even though Nigeria earns billions of dollars from the region’s oil. MEND has issued statements threatening to attack South African interests in Nigeria because of Okah’s arrest and prosecution in South Africa.

Meanwhile, Boko Haram, a militant Muslim group in Nigeria’s largely Muslim north that is not affiliated with MEND, is blamed for the deaths of nearly 500 people — both Christian and Muslim — this year alone in Nigeria. The north-south, Muslim-Christian violence has escalated as MEND activity dropped off.

Okah claimed in his bail request that he has focused on development in the Delta, and had worked closely with Jonathan. Okah claimed Jonathan had sought an alliance with him against north Nigerian politicians. — Sapa-AP

The financial and public health cost of diabetes, as well as diabetes-related blindness and kidney failures, is being overlooked, health advocates say
Advertising