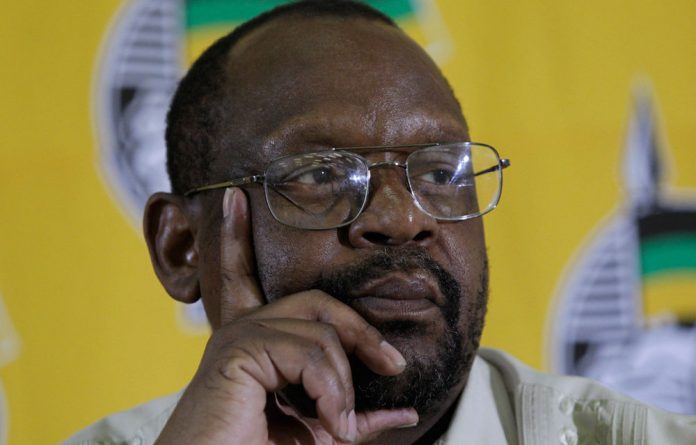 “It is indeed our view that permitting politicians to infiltrate the ranks of a press body, and even act as journalists during press briefings makes a mockery of the independence of the media,” Motshekga said in a statement on Tuesday.

“[It] undermines the objectivity with which the press should conduct its business.”

Motshekga said on Sunday that press clubs should revisit their membership criteria and look at the role members played. He said they should also “conduct a frank discussion on the desirability of having politicians as members”.

This followed a spat that erupted when Agriculture, Fisheries and Forestry Minister Tina Joemat-Pettersson protested about speaking at a press club breakfast on Friday, in the presence of DA MP Pieter van Dalen. Van Dalen is a member of the club.

She apparently believed he wanted to use the opportunity to continue a disagreement they had during her budget vote speech on Thursday.

Members
According to her adviser Rams Mabote, the minister had been under the impression she was addressing journalists, not politicians. She told the club that if one political party was there, other parties should also be present.

Van Dalen agreed to leave so the audience would not be denied the opportunity of hearing her speak.

“Yes, we do have [ANC members]. We have ministerial representatives who have written down that they are ANC-associated. They make no bones about their political affiliation,” he said.

Pressly said the club was a platform for any member, regardless of position or party, to exchange opinions and ideas in the spirit of a free press and freedom of speech, conscience and association.

“We are not a press conference or press briefing forum.”

Neutral ground
ANC spokesperson Jackson Mthembu criticised the club on Monday for allowing politicians membership, saying it could not be regarded as a neutral ground for parties that had no right to be there.

“Press clubs should be for journalists and should be run by them. Money is a problem, but that isn’t ever best overcome by easing up on the core principle,” he said.

Pressly said it was false to say the club’s membership policy was based on revenue.

“Our fees are so low that making money from them is impossible. We run at a loss every month. If it weren’t for the sponsorship of various businesses, we would have closed down years ago,” he said.

The sponsorship money was largely used for bursary programmes.

Policy
The Cape Town Press Club has more than 500 members, of which 133 are business people and 125 are journalists. About 18 people are registered as politicians, including city managers and political advisers.

The club planned to put its membership policy up for discussion at an annual general meeting this month or next month.

It said that excluding politicians from membership would not necessarily have changed what happened on Friday, since members were allowed guests and these guests could include politicians.

“No previous politician — from Jacob Zuma to Tokyo Sexwale to Malusi Gigaba and Helen Zille — has had an issue with this. All have spoken to the press club with other politicians present,” Pressly said.

” … [F]or 36 years we have had no such incident nor demand from any speaker to exclude a member of the audience.” — Sapa

‘His Excellency’  bows out of the House