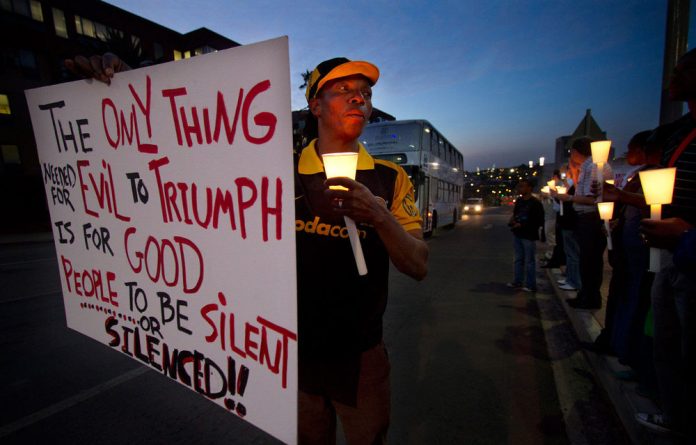 ANC members of the ad hoc committee deliberating the Protection of State Information Bill say the defence clause they have proposed will ensure journalists and whistle-blowers who disclose classified information revealing criminal activity or corruption will not have to go to court.

While speculation was rife this week that ANC members would bow to public pressure to insert a public interest defence clause, they said they had done their own version because journalists or whistle-blowers would otherwise have to go to court to prove that disclosing classified information was in the public interest, according to ANC committee member Sam Mazosiwe.

The new clause was inserted in the section under disclosure of classified information.

According to the new clause, any person who unlawfully and intentionally discloses classified state information in contravention of this act will be guilty of an offence and liable to a fine or imprisonment (for a period not exceeding five years), except where such disclosures reveal criminal activity, including criminal activity for ulterior purposes.

The Bill now also provides that anyone who intentionally classifies state information with ulterior purpose to conceal breaches of law, corruption or any unlawful act or omission, incompetence, inefficiency or administrative error, can also be sent to prison.

“We have an issue with corruption. I mean, who would want to arrest a journalist who is exposing corruption in this country?” he told the Mail & Guardian outside the committee meeting. “That is what we are saying. Let’s just get straight to it in the Bill.”

Mazosiwe said the ANC members of the committee had stood up against corruption by making the changes, and were still open to discussing issues surrounding the Bill with interested parties early next week.

Minimum sentences for those breaking the law and disclosing classified information have also been done away, and only maximum sentences now remain, according to the ANC changes.
The ruling party has been under serious pressure from alliance partner, the Congress of South African Trade Unions, to insert the public interest defence clause into the Bill.

Secretary general Zwelinzima Vavi warned the parliamentary hearings on the Bill that should attempts to amend this critical element of the Bill not be made, it would have a “dampening effect” on encouraging the exposure of corruption. A public interest defence was necessary in the Bill, especially to support whistle-blowers and the media, Vavi said.

Stefaans Brummer, managing partner of amaBhungane, the Mail & Guardian’s centre for investigative journalism, described the new defence for journalists and whistle-blowers as an “elegantly crafted” clause.

However, he warned that the Bill still had some areas where journalists and whistle-blowers would be left vulnerable when disclosing classified information.

His unit also engages in advocacy to expand the space investigative journalists need to do their work.

The other problem is that espionage clause did not offer enough protection to journalists, said Brummer.