Media ethics in a time of fear and stigma 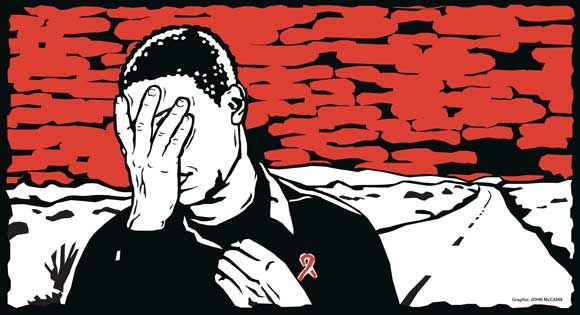 Former minister of co-operative governance and traditional affairs Sicelo Shiceka died after a long illness. Many speculated about the cause of his death. A popular assumption is that “a long illness” is a euphemism for Aids. Many newsrooms debated whether or not to say so.

The dilemma? For one thing, no one seems to have a certificate that proves the cause of death was indeed Aids-related and, even if they did possess such a document, it is likely to have landed on a media desk inappropriately. More fundamentally, it is unclear whether it is ethically acceptable to discuss the possibility that someone might have died from Aids even if an authentic doctor’s certificate magically appeared on your desk. Well, is it ethically acceptable to report such facts?

The ethical difficulty is that there are competing interests at stake, all of which are legitimate. Patients have a right not to have their medical records publicly disclosed without their consent. Not even a doctor can disclose the cause of death of a patient who did not consent to their doing so. It is why, despite widespread dislike of the former Aids denialist and minister of health Manto Tshabalala-Msimang, many were rightly outraged by the Sunday Times‘s thoughtless reporting on her medical history.

It is not that such reporting could never be justified, but rather that there was little evidence of ethical wrestling at the Sunday Times — none, at least, evident in the reporting on the controversial health facts about Tshabalala-Msimang.

It is important that the autonomy of individuals be taken seriously and that we give them control over fundamental and deeply personal decisions. It means not taking decisions on their behalf about whether or not to share medical facts about them with others. To do so is to undermine their ethical entitlement to be the authors of their own life narrative. In constitutional terms, we have to respect their right to privacy. We erode the right to privacy, and the ethical entitlement to autonomy, at our own peril. These rights and interests lie at the heart of a society that genuinely values freedom and individualism, which is why it was ethically correct that no media outfit explicitly speculated about the cause of Shiceka’s death. That he is now dead is little reason to trample on his fundamental rights.

Societal interest
Yet even the right to privacy can be reasonably limited if there is overriding reason to do so. Individuals’ rights compete with society’s interests all the time. If a house is suspected of harbouring a criminal, then the owner’s right to privacy can be infringed if doing so is necessary to apprehend the criminal. The key question is whether there is sufficiently compelling, societal interest that justifies the limitation of an individual’s rights.

No one can deny our interest as a society to deal decisively with the scourge of HIV/Aids. Two of the biggest obstacles are stigma and fear. Although some experts think levels of stigmatising are decreasing, it is obviously difficult to measure scientifically. Drawing on our daily experiences, however, it is clear that we are still not comfortable talking about HIV/Aids. When I call home to catch up on local gossip, I am more likely to hear, in a whisper “Did you hear about so-and-so? They also have the big flu” than “So-and-so is HIV positive”. This reflects the shame of having an illness that is primarily spread through sexual intercourse. It is, as Edwin Cameron said in his memoir, Witness to Aids, unhealthy social attitudes towards sex that partly drives this shame.

It is compounded by the fact that having regular unprotected sex with different partners concurrently makes one the most susceptible to contracting and spreading HIV. In this context, disclosure can also lead to judgments that one is something of an irresponsible slut.

The public health challenge is to create an environment in which we can easily talk about HIV/Aids and disclose our status so that we can freely seek medical help and not compromise our immune systems further with the detrimental health consequences of anxiety.

This brings us to the role of the media. Many well-meaning journalists and editors think that the way to create such an open society, one that does not judge HIV-positive persons, is to report freely on the disease, including disclosure of a politician’s status. The thinking, optimistic and utilitarian, is that we can only demystify the disease and decrease the stigma if we are able to talk about it comfortably and honestly. And continuing to say that someone “died of a long illness” is to do the opposite — to feed shame, fear and stigma. It is why many newsrooms struggled last week: How does one balance the right to privacy with the societal interest in fighting the stigma around HIV/Aids?

He died of ‘a long illness’
One newspaper, City Press, broke ranks with the rest of the print media cohort. In a moving and beautifully written editorial, “He died of ‘a long illness'”, the paper poetically lamented the fact that one cannot say of someone that they had died of Aids-related illnesses. It did not mention any politician’s name or refer to HIV or Aids. It was scared of falling foul of the press code, which requires the explicit consent of an HIV-positive person before you can disclose his or her status. Initially, I praised the editorial on social media platforms. But, on reflection, I think it got the balance wrong between respecting the right to privacy and helping to fight the stigma around HIV. Its peers were right not even to imply that Shiceka died of Aids-related causes.

The reasons I now think City Press made an ethical mistake are simple. First, it has no proof that Shiceka died of Aids, therefore insinuating this to be the case is speculative. Circumstantially, it might appear reasonable — he reportedly had many girlfriends, some of whom allegedly claim to have been infected by him, and he reportedly had at least 19 children from different partners, which indicates that he likely rarely, if ever, used condoms. But is it really responsible to insinuate the cause of someone’s death based on their lifestyle and whispers from lovers and friends? The press code surely not only implies that explicit consent is needed, but also intends for the media not to be speculative. City Press did not violate the letter of the code but certainly compromised the spirit of that provision.

Second, City Press undermines the autonomy of Shiceka by disrespecting his control over his own medical facts. His death is irrelevant — if he was HIV-positive for years (which we do not know), then clearly he had chosen not to share that fact. It follows that he likely would not have wanted the fact disclosed posthumously.

City Press‘s instinct to fight stigma is to be welcomed too. The rest of the media should follow suit. Yet the way in which the media contributes to destigmatising must be ethically sound. Many journalists are HIV-positive and fighting Aids with the help of antiretrovirals. Some, as a matter of statistical fact, are too scared to know their status. Others might prefer a traditional healer’s advice above that of a trained medical doctor. Why not tell these personal stories as editors and journalists? Why not disclose your own status as media icons and your own trials and tribulations in a time of fear and stigma? This, it seems to me, would avoid the ethical complexity of whether to speculate about Shiceka and still help your audience to realise that we are all affected by HIV/Aids.

We should not drop the ethical ball in our human desperation to help win this battle against HIV/Aids.

Eusebius McKaiser
Eusebius McKaiser is a political and social analyst at the Wits Centre for Ethics. He is also a popular radio talk show host, a top international debate coach, a master of ceremonies and a public speaker of note. He loves nothing more than a good argument, having been both former National South African Debate Champion and the 2011 World Masters Debate Champion. His analytic articles and columns have been widely published in South African newspapers and the New York Times. McKaiser has studied law and philosophy. He taught philosophy in South Africa and England.